Skip to content
You are here
Home > Environment > 1080 The Nasty Poison: why do Australians use it? 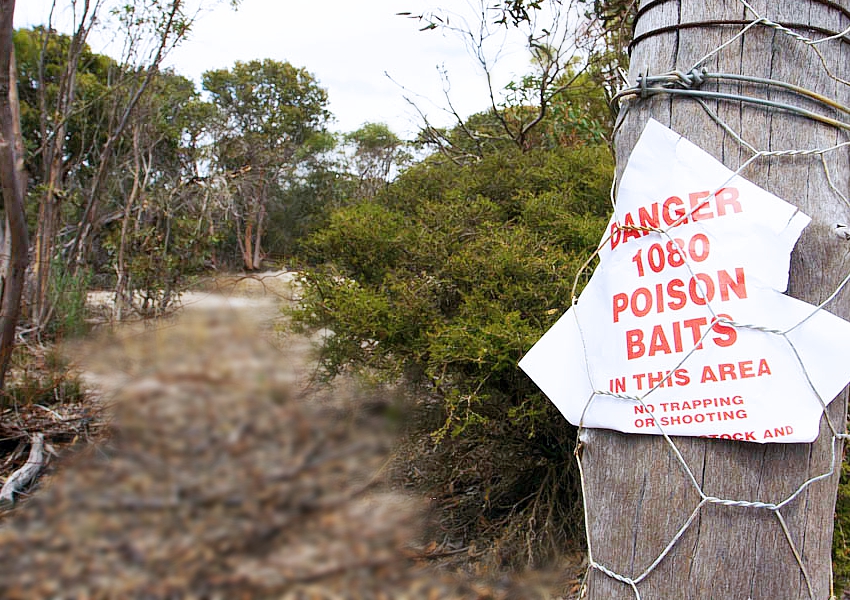 Local Land Services in the Bulletin’s coverage area is once again encouraging landholders to band together and bait canine animals with 1080 – a slow, cruel poison that is banned in most of the world. Here’s a report to read before supporting the baiting with 1080.

A PRESS RELEASE reported that the NSW National Parks Service was dropping 1080 bait for wild dogs on the borders of Kosciusko to appease neighbouring stock holders, raised the question: what does 1080, which most Australians have heard of since childhood, actually do to animals that are designated as ‘pests’ or that (like domestic dogs or cats) accidentally ingest the poison?

Dog specialist Heike Hahner made some enquiries and filed this commentary. 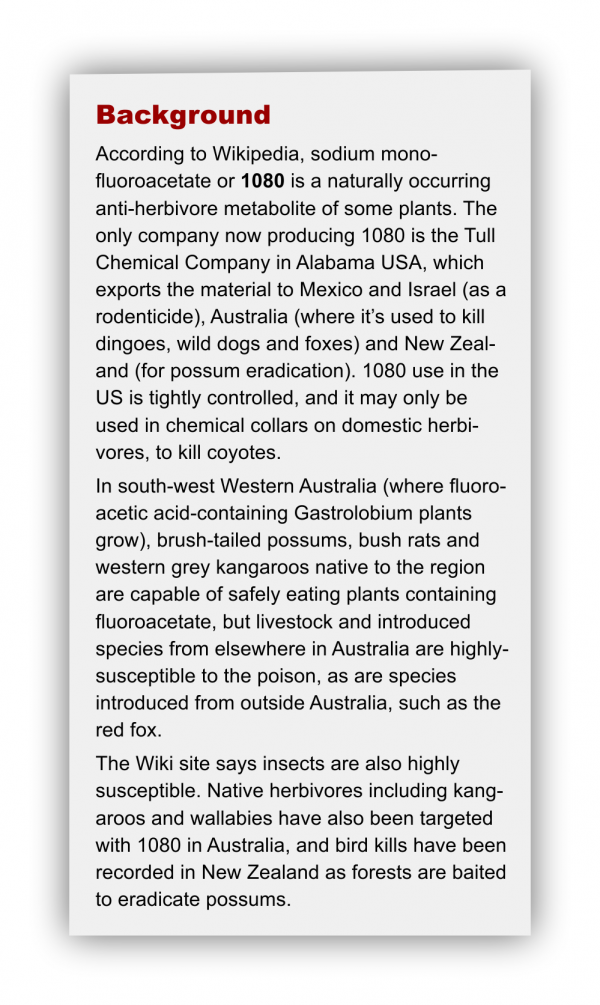 1080 poison has no place in modern Australian society

Researching 1080 makes one realise that it must be one of the most controversial poisons ever. Some sources quote that the Nazis considered using this original rat poison on Jewish prisoners in concentration camps but desisted because of danger to the guards.

Certainly millions of animals around the world that are considered pests have died a hideous death by ingesting it. Fortunately, today it is banned in almost all countries worldwide, with the standout exceptions of Australia and New Zealand.

The use of 1080 must be addressed as an animal welfare issue. The fact is that animals that ingest it will die; and worse, they will suffer incredibly for up to 48 hours before they die.

In dogs, the signs of poisoning are usually noticed within half an hour of ingestion, but can take more than six hours to show up. First symptoms include vomiting, anxiety, disorientation and shaking. These quickly develop into frenzied behavior with running and screaming fits, drooling at the mouth, uncontrolled paddling and seizures, followed by total collapse and death.

Why does Australia still use 1080? Linda van Bommel, a flock guardian expert and PhD student at the ANU, explains that one reason 1080 is still used is that it is thought to be less harmful to marsupials.

Placental mammals, such as foxes, cats, dogs etc are highly susceptible to 1080. Marsupials such as quolls that accidentally eat 1080 bait may not necessarily die. According to van Bommel though, so far no research has been done to establish the long-term effects of 1080 on marsupials.

Alternatives may be more cost effective

1080 is used by farmers today to kill foxes and thus protect their flocks. However, according to van Bommel, long-term success with 1080 is meagre compared to other methods of flock protection such as flock guardians.

With 1080, one lot of foxes is killed for one season; then, the next lot moves in and their numbers, and farmer’s losses, increase again. Guardian animals such as alpacas, dogs or donkeys stay with the flock and keep predators away 24/7. Farmers who use flock guardians have much lower stock loss rates all year round than those that use 1080.

Flock guardians such as Maremmas could be released with a small group of sheep into areas containing protected species. The theory is that the Maremma, in protecting ‘his’ sheep, will keep foxes and wild dogs away thus inadvertently also protecting the local native wildlife.

If poison use is necessary, there are ‘kinder, faster acting’ options available, such as PAP, that also offer an opportunity to save an animal should it accidentally take a bait – something which is not possible with 1080.

1080 and the question of animal welfare

1080 use raises a serious question of what animal welfare notions we have in this country for animals that are considered to be pests. I am no fonder of foxes than anyone else who has lost dozens of beloved chickens (or seen the massacred bodies of lambs and sheep left behind by wild dogs).

But, let’s not forget foxes did not ask to come to Australia – their presence in Australia is ‘man-made’ and if they need to be controlled with poisons than it should be a quick and efficient death, not dying in agony over several days. It is time that Australia catches up with the rest of the world and bans 1080.

Additional information on what to do if your pet has taken a bait (from the Mudgee Veterinary Hospital website):

Emergency action must be taken when you suspect poisoning. Make the dog vomit immediately by placing 1–2 crystals of washing soda down the dog’s throat or try half a teaspoon salt thrown on the back of the dog’s tongue. Once you have made the dog vomit, take him to the vet immediately.

Phone your vet to warn them you are coming and the nature of your problem and do not waste time in getting to the hospital. At the hospital the seizures can be controlled and treatment given to encourage your dog’s body to get rid of the poison. Treatment can take several days but can be successful.

To protect your dog, keep him controlled on the property at all times.

> Related story — The Australian Dingo: Step back from persecution 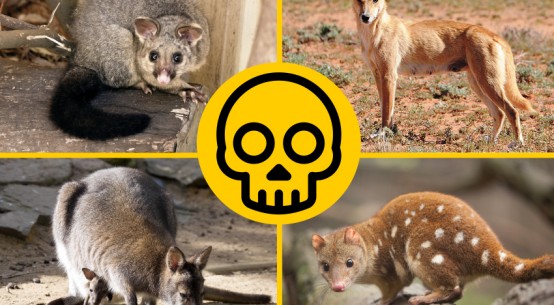 Lethal management: 1080 poison — why do they use it and blur its horrendous impacts?