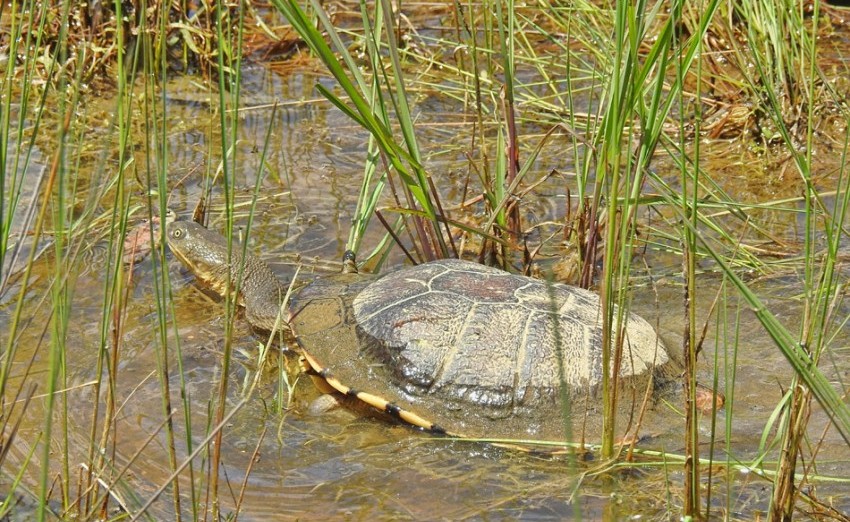 Whenever I go near to the dam where the turtle is in residence, the turtle pops up to observe, floating on the surface of the water for many minutes. Interest by both parties, observed and observer and I am not sure which is which but it is a delight.

“Australia is home to about 23 species of freshwater turtle. All but one of these species belong to the family Chelidae, which is found only in Australasia and South America. These ‘side-necked’ turtles retract their head and neck beneath their shell by folding it to one side, rather than drawing their head backwards as most of the world’s species of turtles and tortoises do. Australia also has six species of marine turtles but lacks the truly land-based tortoises that occur on all other continents except Antarctica.” Office of Environment and Heritage. 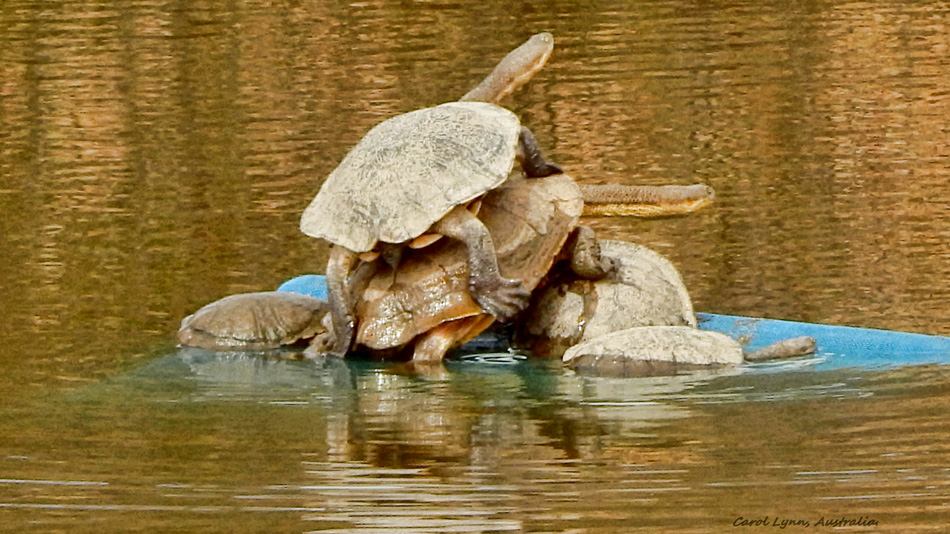 Whilst they are classed as turtles, I have often found a turtle wandering at great distance from a waterhole, heading for another, quite out of sight but unerringly waddling in the direction of a new water source. They do cross roads and it is wise to keep a watch for them in the country as they have no chance of getting out of the way of a vehicle. If picked up (a childhood memory to save one on a road when on vacation with the family) they let go an extremely strong smelling liquid as defense.

Some species can bury into soil or lake beds, in a dormant state. However, they have to feed in water. Whilst water is their natural habitat, they do like to emerge, sometimes onto fallen trees or rocks or onto the banks of dams, to bask. I put a float into a waterhole for them to emerge without risk of predators, to feel safe and it became a very popular basking place.

They face various threats, including foxes and pigs robbing their nests and consuming their eggs, predation when hatching by fish, birds and other predators and drought, with their water habitats drying. In many places they are declining due to the hazards, human impact and the lengthy time it takes for them to be able to reproduce. It is an offence to harm native turtles. And a joy to see them interact in the wild.