Skip to content
You are here
Home > Region > A day for not sitting at home, at work or in the Mall 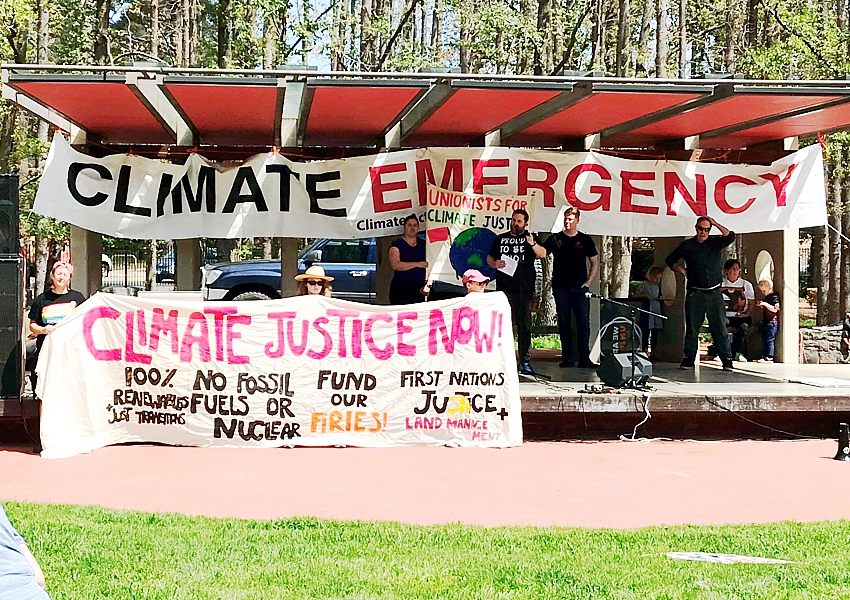 GLEBE PARK WAS teaming with activists. Infants to elderly, they had come together for the Climate Crisis National Day of Action (22 Feb) where they were just begging for change. This assembly was hosted by Canberra’s primary climate change advocacy groups and supported by hundreds of concerned Australians.

The late February assembly followed the climate protests that were held on the steps of Parliament House earlier in February.

The National Day of Action demanded the government act on the current climate crisis by having: 100% renewable energy by 2030; no new fossil fuel or nuclear projects; more funding to aid our fire-fighters/support communities; and justice for First Nations. 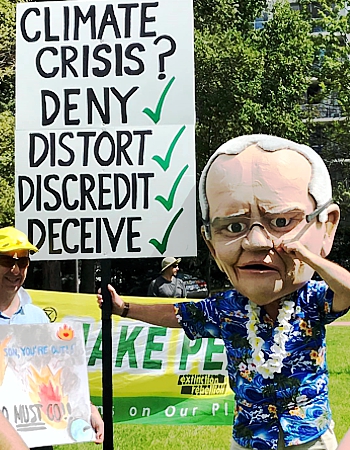 While the assembly was endorsed by major groups that include but are not limited to — Australian Student Environment Network (ASEN), Canberra Climate Justice Alliance, Seed Indigenous Youth Climate Network, Extinction Rebellion ACT, Australian Parents for Climate Action and the National Tertiary Education Union — it was the hundreds of concerned Australians present that really gave this meeting a powerful voice.

The abundance of young people at the rally showed that the youth of today are prepared and willing to stand up and fight for their future and the future of their environment. The rejection to stand down and roll over and just accept the choices and policies of our current governing bodies shows that there is hope for change in the future.

Many people had gone through large amounts of effort in creating their own signs, stalls and banners. Arguably, the most noticeable creation was an oversized Scott Morrison head (pictured on right) that came out to show support for the rally but more so a dislike for the PM.

Hear the screams of natural world

Brian (61) who was attending his second assembly within the year was equipped with a home-made outfit made out of a four-sided box held up by suspenders. Each side of the box had its own message and was partnered with a sign which had a replica of Edvard Munch’s The Scream.

The system has to change

Returning for his sixth rally, Sam (39) spoke about how it’s vital that we pressure those in power who don’t accommodate for our future. “I don’t think we need to build a climate movement. We need to reject the system that puts profit first.”

While it’s the returning protesters such as Brian and Sam who are the backbone of these assemblies and this movement, it’s the first-time protesters and the youth that cement the message. That message was there needs to be change and more needs to be done in preserving our environment needs a continuous growth in supporters and voices.

First year ANU student Sam (19) said this was her first time attending a protest and her first major exposure to the climate change movement. While she is passionate about spreading awareness for climate change, Sam was attending because a friend convinced her to. Bringing a friend along to these events helps spread knowledge and increase participation.

At the conclusion of the assembly the protesters took to the streets and marched through the CBD of Canberra in order to send a strong message that there are large numbers of people who are prepared to say “no this is not ok” and there needs to be change.

While these voices of change continue to increase and grow there is more and more hope that change can and will happen.