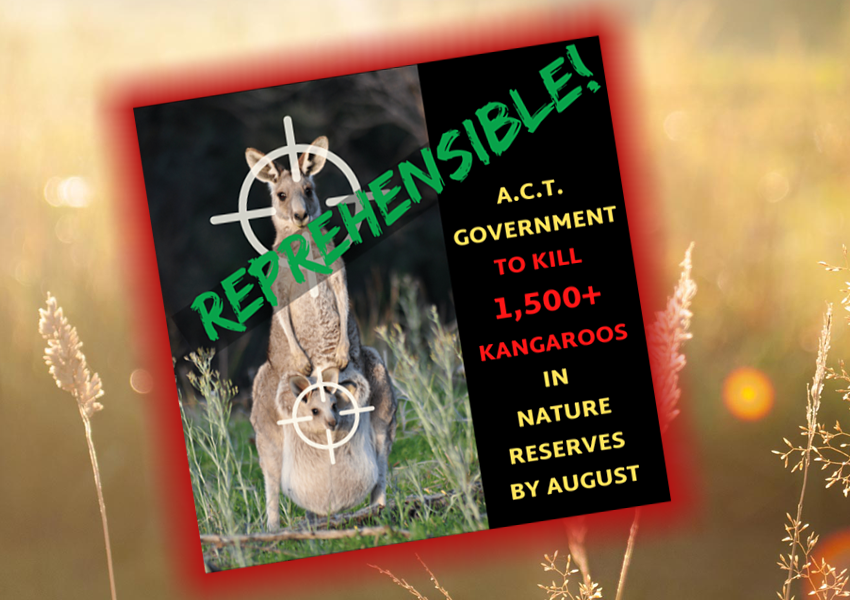 “WE ARE BEYOND disgusted at the ACT Government’s announcement to kill 1,500 kangaroos in 6 local nature reserves across the city this year. We had hopes the new Greens Environment Minister would herald a new era of compassionate conservation in the ACT. But with today’s announcement those hopes are well and truly dashed.

In our view the ACT Greens’ continued support for a program which mandates the execution of kangaroos with firearms is in direct conflict with the party’s commitment ‘to further a vision of the world characterised by peace and nonviolence’ (ACT Greens Constitution 2020, 5.1.1, first objective). Shooting animals is violence.

Even if one accepts the government’s science that there are conservation issues, shooting healthy native animals is an unethical, and unacceptable, response. These are animals who IN LAW are recognised as

‘able to subjectively feel and perceive
the world around them’

and as having ‘intrinsic value’ and deserving ‘to be treated with compassion’ (s4A(1) Animal Welfare Act 1992).

It is a further shame that the (Greens) Environment Minister is refusing to meet with animal advocates to discuss her party’s and the government’s support for this violent and lethal program. A very sad day in the nation’s capital, for wildlife and politics.”