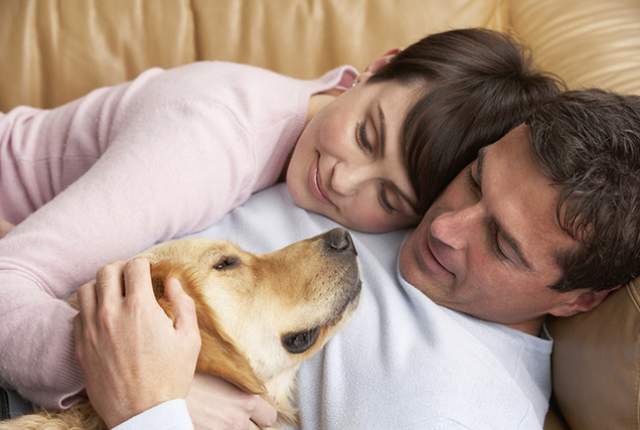 The Beatles wrote songs about it. John Lennon and Jesus Christ are the personifications of it to some.  The core motivation for most good, and a lot of, not so good, literature, music and the arts in general, is one thing, LOVE, and apparently the sciences are now catching up as well.

Recently published research by Takefumi Kikusui, a professor of veterinary medicine at the Companion Animal Research Lab at Azabu University in Japan, looked at the effects of eye contact between dogs and humans. The research shows that both dogs and humans, engaged in loving eye contact, experience a spike in oxytocin.

Oxytocin is generally referred to as the hormone of ‘love’. A mother gazing at her newborn infant, a ewe or a heifer nuzzling or suckling their offspring, a bitch nursing her puppies experience this same positive feedback of oxytocin.

Oxytocin is crucial for the early bonding between mother and infant in mammals.  It is also released in males during ejaculation and, in general, during intimate gestures like hugging or holding hands. On the whole, oxytocin ensures the strengthening of social bonds in mammals.

For dogs eye contact is normally not an essential part of bonding. So until recently it was assumed that only humans would get this ‘loving’ feeling when looking into each others eyes.  This research shows there is more to the effects of oxytocin and eye contact than meets the eye. No pun intended.

The longer the human subjects gazed lovingly at their dogs the more their oxytocin levels increased and so did the levels in their dogs. The researchers speculated that the dogs maybe tapping into an ancient neural pathway in humans to help them build positive social bonds with humans.

Whatever the cold, hard scientific facts may be, the implications from this research are that dogs and humans are on similar emotional ground. The oxytocin release experienced in humans is the same as it is in dogs and the emotional effects are positive and rewarding for both dog and human.

Both dog and human may increase the duration of eye contact to increase their oxytocin levels.

The important point here to remember is that both parties benefit substantially from each others loving company and that ultimately you are right to think that your dog loves you, if you think he does. Don’t let anyone tell you otherwise.

For more information on this research: