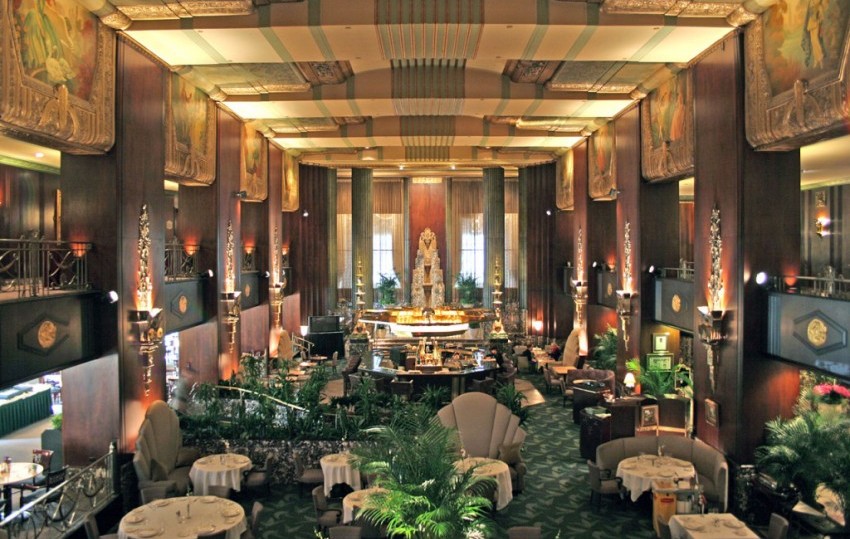 I love Art Deco and will purchase pieces whenever the opportunity presents itself. I have been eagerly anticipating the release of the movie The Great Gatsby since a gentleman rang almost two years ago and asked if I could open Annie’s as he was coming through from Sydney. I was happy to do so, and was even happier when he arrived, explained he was sourcing props for the movie, and cheerfully bought a number of pieces.

So it was with great excitement that we went to see the movie last week and maybe even see some of my items. Not a chance – for those of you who haven’t yet seen Gatsby, there is so much in every scene it is overwhelming. I would give my eye teeth to be able to obtain some of the items used in the movie.

The glitz, glamour and opulence of the 1918 to 1940 Art Deco era were portrayed through the stunning sets highlighted with geometric designs and the fashionable women in sequins, pearls, fringes and feathers.

The Art Deco & Modernism Society (ADMS) was formed in Melbourne in 1992 and is dedicated to the preservation and celebration of aspects of the Art Deco era such as architecture, landscaping, furniture, industrial design, fashion, graphics, art, jewellery, entertainment and transport.

The term Art Deco is used to describe stylistic changes that occurred to nearly every visual medium in the interwar years and for a number of years before and after. It covers ‘modern’ approaches to architecture, fashion, art, graphics and film.

The new aesthetics were also found in industrial design, furniture, transport, communications, and in household items. The style, which was universal, represents a move away from traditional values and was characterised by clean, geometric and elegant lines that replaced the excessive decoration of previous styles.

It drew its inspiration from many cultures but is generally regarded as having its origins in pre-WWI Europe. Its introduction occurred concurrently with massive changes in technology that saw the introduction of new materials and manufacturing techniques that allowed goods and items to become available to the masses.

Napier, New Zealand, is considered to be the Art Deco capital of the world. It was rebuilt in Art Deco style following a massive earthquake in 1931 that demolished the town.

For avid fans, the Art Deco Trust holds an Art Deco Weekend in February each year – I am hoping to get there in 2014. For inspiration or just to dream, have a look at their website.

Till next time, take care.

Op Shop Fashions Better Than Ever