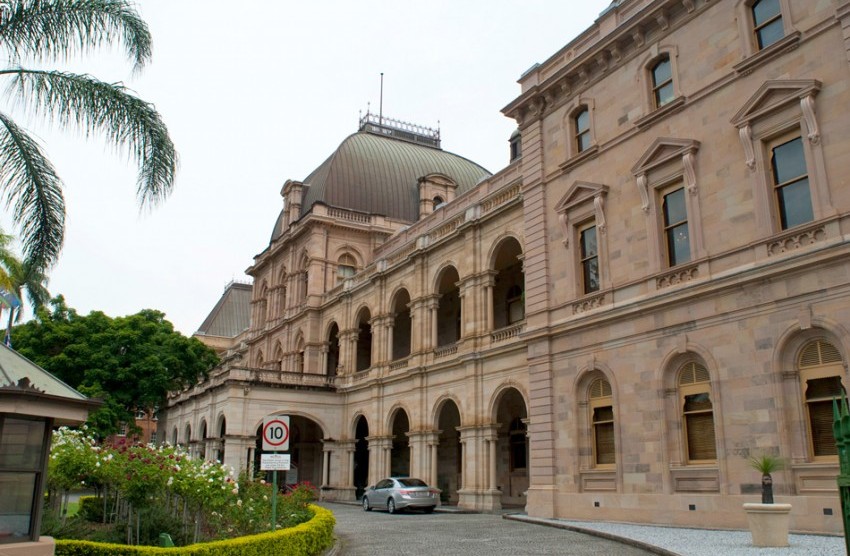 Queensland case studies: can NSW be far behind? 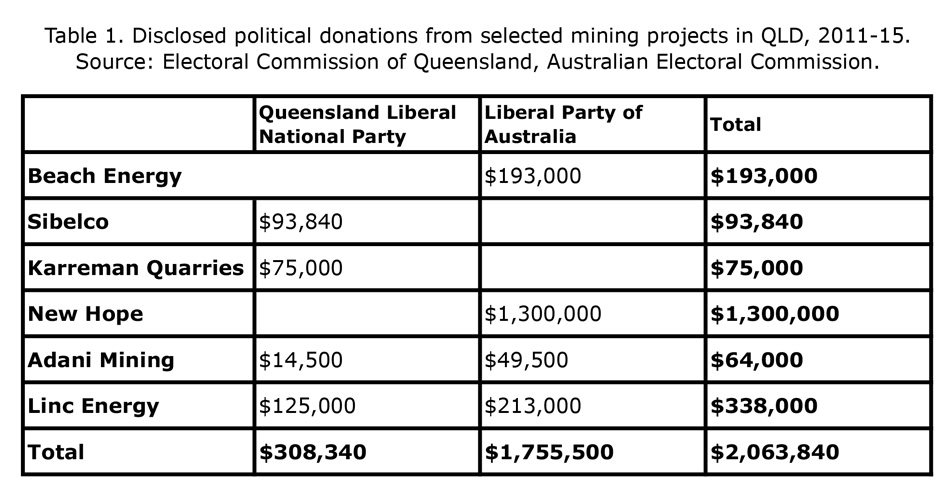 The report examines 6 highly controversial QLD resource projects and highlights the strong connection of these companies to QLD and federal political parties. The Queensland Liberal National Party accepted over $300,000 from companies associated with these projects, but most of the political donations went to the Liberal Party of Australia, who accepted $1.75 million.

A lack of transparency makes it impossible know whether this money was flowed back to the QLD party. At least one of the companies examined in this report made a substantial donation to the highly controversial Free Enterprise Foundation, the opaque Federal Liberal Party fundraising body that came under the scrutiny of the NSW Independent Commission Against Corruption ICAC for allegedly concealing the origin of illegal political donations to the New South Wales Liberal Party.

The report highlights the extraordinary access these companies obtained to Queensland Government ministers. All of these projects received extraordinary outcomes including policy changes, project approvals and even legislative changes.

One of the projects, the Linc Energy Underground Coal Gasification plant in Queensland’s Darling Downs resulted in widespread contamination over 320 square kilometres of farmland, leading to this type of mining being banned in the state and charges being laid against the company. Linc donated $320,000 to the federal Liberal Party and QLD LNP and gained remarkable access to Government officials at all levels.

Polling also released today shows the majority of Australian voters believe political donations from fossil fuel companies should be banned with only 21% believing it should be allowed.

Polling not in favour of donations

The survey also shows that half of all respondents believe the mining industry has too much influence with only 5% believing they don’t have enough influence.

“The secrecy and opaque nature of political donations undermines the integrity of processes and creates an enabling environment for poor decision making with the potential for corruption. Political donations should be completely transparent, preferably disclosed in real time and publicly available at all times. Companies should not channel political donations through third parties without fully disclosing all participating donors,” said Phil Newman, CEO of Transparency International.

“By documenting how Queensland mining companies use money to influence government decision-making in order to advance their commercial interests – at times at odds with the interest of the broader community – the report shines a powerful spotlight on the corrosive role of money in politics,” said Associate Professor Joo Cheong Tham from the Melbourne Law School.

The poll findings accompanying the report further highlight the gap between prevailing community sentiment in favour of more robust regulation of political money and politicians who insist on business as usual.

“The case studies in this report could be just the tip of the iceberg,” said The Australian Conservation Foundation’s Hannah Aulby. A public inquiry is needed to uncover the full influence of the mining industry on government decision-making. Controls should be strengthened so the community interests don’T keep getting buried under political donations from the mining industry.

“This isn’t just some abstract principle at stake. These projects have very serious impacts on the water, the environment and communities, Principal Advisor at The Australia Institute, Mark Ogge said. “Governments are charged with making decisions in the best interest of the community. The systematic weaknesses that enable this kind of undue influence are corroding our democracy.”