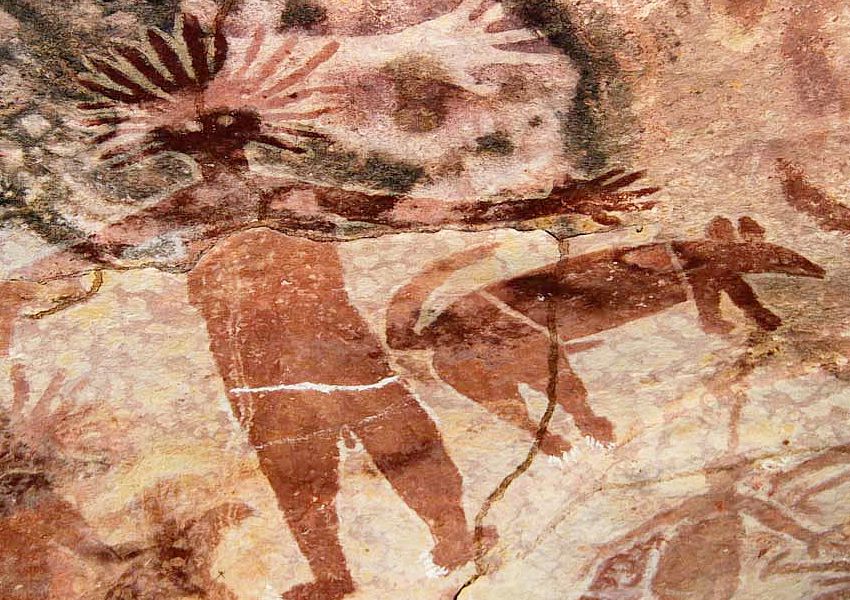 IN SEPTEMBER of this year I attended an exciting day-long forum held by the Royal Zoological Society of NSW in the Taronga Institute of Learning building in Sydney (approximately 20 years since the first one on this topic).

The day was structured around a sequence of broad topics: from the features of a dingo that distinguish it from a domestic dog; to its geographical distribution; to its importance as an apex predator in the natural environment; to its reputation as a sheep killer. Also the dingo’s role in farmland restoration, and the false reputation of this amazing mammal as an evil killer.

Different opinions were presented, by landowners, authors, scientists, sanctuary owners, government employees, and farmers. Questions asked from the audience and responses from the presenters of associated topics showed a passion and concern for the plight of the dingo — and a similar level of concern from farmers attempting to protect their livestock from dog/dingo attacks.

Following the “Welcome to Country” speech given by the president of the Zoological Society, Pat Hutchings, acknowledging the original owners of the land, Aboriginal representatives who were there spoke of the spiritual and cultural significance of the dingo to their communities, and the need to treat them with respect as a totem animal.

MAIN IMAGE: Rock painting of a dingo and an ancestral figure from the Laura Region in Queensland. Photograph Paul Tacon.

Experimental evidence came from scientists and ecologists regarding the importance of the dingo in preserving the balance of nature in the wild. Significant symposium time was spent discussing the special physiological and behaviourial features that distinguish dingoes from dogs. This is an important distinction to make in view of the fact that although federal and state governments recognize the ecological and cultural difference of dogs from dingoes, no special protection is given to them under the Wild Dog/Management plan which allows them to be killed as invasive pests if they are assumed by their very existence to pose a threat to farmers’ livestock.

Kylie Evans who studies the biogeography, evolutionary origins and hybridisation of dingoes gave evidence to support the belief that the dingo has been in Australia for thousands of years and has been evolved by the natural landscape in that time to be entitled to protection as a native animal, and not to be regarded and treated as a feral pest. Her conclusions were supported by many of her colleagues including Matthew Crowther from the University of Sydney’s School of Life and Environmental Sciences and Ellie Van Eiden, whose background as an ecologist in the private sector led her to investigate the social and political factors that shape management decisions.

Lily Behrendorff, a ranger in charge of Natural Resource Management on Fraser Island, one of the few places in Australia known to have a small population of genetically pure dingoes, spoke of the difficulty of convincing tourists not to approach and feed them. She emphasised that familiarization can lead to disastrous consequences resulting in rangers killing significant numbers of dingoes suspected of threatening tourists.

Michael Letnic is a professor at the UNSW whose research is focused on the conservation, management and restoration of ecosystems. He is currently investigating new approaches to improve the outcomes for threatened species when they are re-introduced to their natural environment, and the role that dingoes as apex predators play in sustaining biodiversity by reducing the impact of feral species.

The harmful impact of introduced species such as cats, foxes and goats — and the practical experiences of dealing with them — was emphasised by pastoralists such as David Pollard and Angus Emmott.

“ pasture lands can be restored and regenerated

David Pollock on his large property in Western Australia found that switching from sheep to cattle farming was a more profitable venture, as dingoes are less likely to attack cattle. Dingoes are very territorial and a small number are being successfully kept on his property as they  discourage other family dingo groups from their territory and act as apex predators. In conjunction with lengthy rest periods for large areas of degraded pasture, and the replanting of certain native grasses, David has demonstrated to sceptical neighbours that such pasture lands can be restored and regenerated.

Warren Schofield spoke of many years experience in Dingo/Wild Dog Management in South East NSW around the Monaro region, where he worked as a Pest Animal Controller for NSW Rural Lands. His approach has been to protect livestock from predation by means of proactive control programs using integrated pest management techniques such as trapping, baiting, and shooting. He believes that domestic/wild dogs and domestic livestock can coexist if management is undertaken correctly. He makes no distinction between dogs and dingoes.

Bradley Smith a Research Fellow in Human and Animal Psychology has conducted experimental and observational studies of dingoes in both captive and wild settings, and investigated the dingo’s controversial past. He wrote The Dingo Dilemma and is current advisor for one of Australia’s largest dingo sanctuaries.

Bradley believes that there should be strong reconsideration of wild dog and dingo management in Australia, away from the demonstrably unsuccessful and barbaric pursuit of dingo eradication towards co-existence models that favour non-lethal approaches to conflict resolution such as guard dogs, electric alarm fences, changes in farming practices, and restraining of domestic dogs. Only an educated public will make this happen.

Thomas Newsome, a member of the Australian Conservation Council and leader of Sydney University  research teams stressed the need to consider the long term, trickle-down or trophic cascade effects on the planet of destroying the natural order. Dingo persecution has reduced the species distribution and disrupted its social structure, potentially accelerating its demise through hybridisation with domestic dogs. The dingo provides positive conservation benefits to biodiversity through suppression of feral cats, red foxes and over-abundant herbivores and omnivores. This reduces grazing pressure on grasslands, and improves soil nutrient levels.

The Dingo Dilemma Symposium clearly demonstrated the need for changes to be made in governments’ prevailing unwillingness to protect the environment and native animals. This lack of concern, combined with poor supervision, lack of accountability, and continuation of barbaric and indiscriminate killing practices has led to an alarming rate of native mammal extinctions. The International Union for Conservation of Nature now has the dingo on its Red List of Threatened Species.

In the light of new scientific evidence it is important that farmers’ views, fanned by media hysteria, and unjustifiable prejudice are no longer the only views heard, and the dingo is respected for its intrinsic value and for its place in the natural environment. Compromises need to be made, such as  the necessity for farmers to lock up their domestic dogs in order to prevent hybridisation; alteration of some farming practices to avoid further soil degradation; and alternative methods of livestock protection.

If  public awareness of the problem does not bring about real and effective change a similar symposium held 20 years from now could well be regretting past mistakes in land conservation and the loss of yet another native species in the wild.

RELATED ARTICLE:
Purebred dingo pup that dropped from the air into a backyard garden turns out to be endangered breed
By Ashlee Aldridge and Sandra Moon, ABC Goulburn Murray 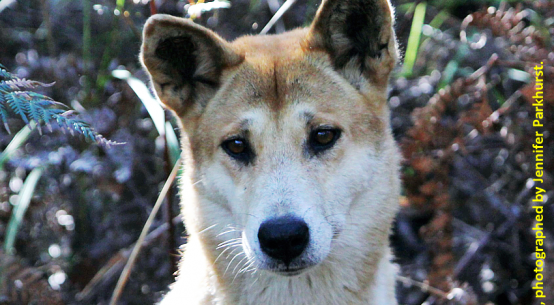 Australia poisons Dingo, the native dog: its what we do for sheep