Skip to content
You are here
Home > Environment > Australian Magpie-Lark 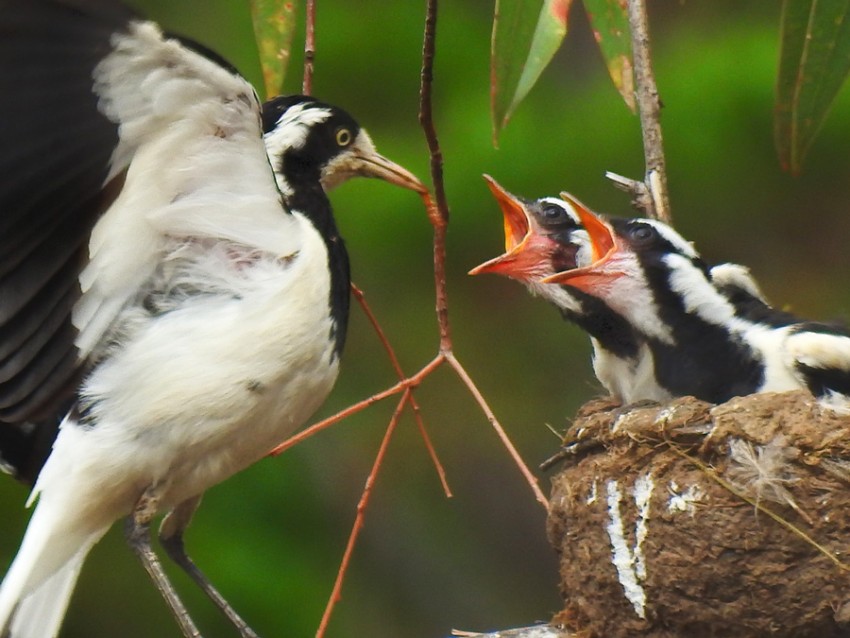 Australian Magpie-Lark (Mudlark, Peewee, Peewit): The ‘Peewee’ is widespread throughout Australia. They need trees for roosting, pasture to seek for insects and a water source which also provides mud for building their nests. They patrol the edges of water sources, picking up insects and larvae and whatever else they can find. Both members of a pair build the nest, carrying mud and plant fibre. More than one brood might be raised in a season. Their distinctive pied fledgling plumage changes after three or four months. Non-breeding flocks are nomadic and move with the seasons. The female does not have the white eyebrows of the chicks and male. As with all birds, they play a very important part in catching insects and they need the safety of forested areas to nest and maintain their species. The two in the photo were feeling uncomfortable on a very hot day. The young of all bird species are subject to the extremes of weather.