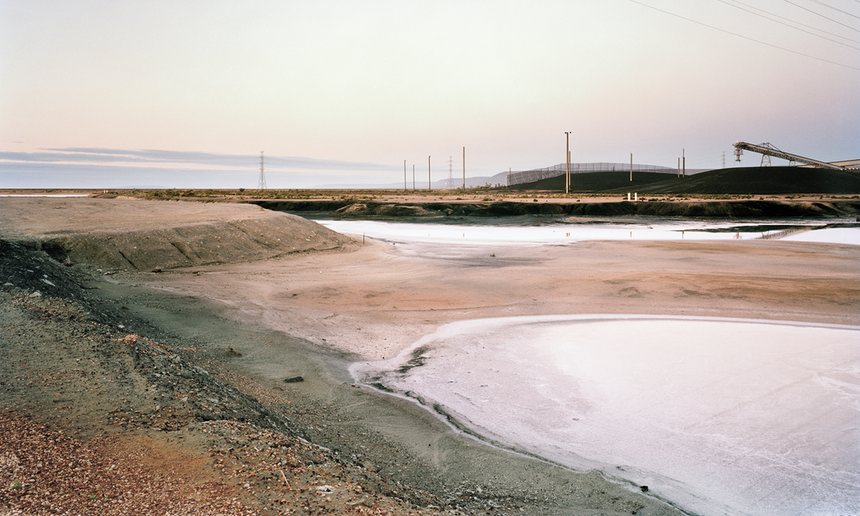 Two hundred people stand to lose their jobs when the Northern power station is closed down in May. Photograph: Michael Hall/Getty Images Prestige

Two stories that emerged in March starkly illustrate the dangers of the old energy economy and what, with a bit of vision and commitment, the future could hold.

In February in our special supplement the Bulletin reported that all four major Australian banks had renewed multi-million loans to the miner Whitehaven which is destroying the Leard state forest and its endangered species and also farmers’ water supplies in northern New South Wales for a new open cut coal mine. (Other reports had the four major banks investing $5.5 billion again in fossil fuel projects in 2016).

In the case of Whitehaven, the company has seen a dramatic drop in investor confidence according to its share price, owes almost $1 billion in loans already and is facing low coal prices and therefore an uncertain profit future (while continuing to destroy an entire box woodland ecosystem).

Analysts have noted that the next global financial crisis will be on the back of bad loans to the fossil fuel industry and in March the Guardian reported what could be the start of this downward spiral – potentially taking investors and consumers’ money with it.

Following an announcement that ANZ is absorbing a bigger than expected one month loss reporter Michael Slezak wrote: “Writedowns have risen $100m to $900m in a month thanks to commodity prices but analysts point to a crisis for coal industry  [structural decline]….

Your money at risk by reckless bank investments in fossil fuels

“The bank said the change was caused by the ‘evolving position with a small number of Australian and multi-national resources-related exposures’.

“Tim Buckley, a former Citibank analyst who is now with the anti-fossil fuel Institute for Energy Economics & Financial Analysis, said there were several new developments that could be linked to the move.

“The first was the warning by coal giant Peabody Energy that it was on the bink of bankruptcy after finding itself unable to pay an interest payment of US$70m.

“I’d say this is the absolute tip of the iceberg. There are hundreds of billions of dollars that are being invested in new fossil fuel assets and infrastructure assets associated with that.

“Buckley said the risks associated with those investments were now coming to the fore, as foreshadowed last year by the governor of the Bank of England, Mark Carney.

“Julien Vincent from the financial activist group Market Forces agrees: ‘The coal industry is in structural decline, and it’s taking the bank industry with it, which means it’s taking shareholder value and customer value along with it.’

“It means other banks are in the same position, and there are probably a whole bunch of other debt products that haven’t been put in this category but wouldn’t be far away.

“We often think, ‘Oh look what’s happening to ANZ,’ but we’re all exposed to ANZ through our super or direct shares or by being a customer. The same goes for the other banks.”

In an earlier report Slezak wrote of “a series of dire warnings for the future of coal, with consumption declining in major economies such as the US and China. Last week, Goldman Sachs forecast that coal may be in terminal decline, with the fall in demand possibly being irreversible.”

The term ‘stranded assets’, certainly including in Australia, is related to these analyses on the declining future for coal if world governments and corporations show the will to combat dangerous climate change by keeping remaining coal in the ground. 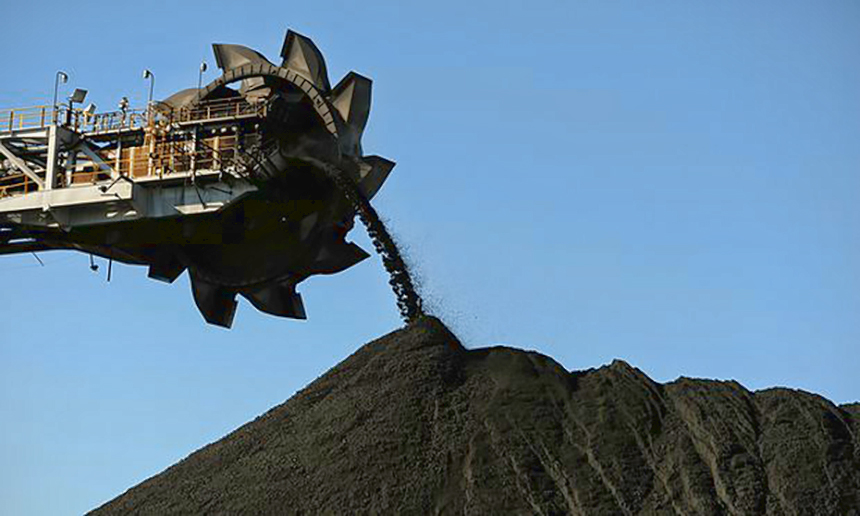 In March the Guardian’s Michael Slezak reported on the potential for South Australia’s Port Augusta to become Australia’s first major community to transform its industry and jobs entirely from coal-based to renewable energy.

A coal mine and a power plant are closing and the town is looking to a future and jobs powered by thermal solar energy – if the business environment stays right and the federal government moves at a less glacial pace of support and investment.

Slezak wrote: “One possible future is the town creating hundreds of jobs by building Australia’s first major solar thermal power plant, sucking up the energy of the sun and providing a steady stream of power for southern Australia.

“On the other side of the precipice is decline, with the free market left to decide the fate of the people who live in Port Augusta.

“Many factors seem to line up to favour the brighter path: local councillors, residents and anti-coal activists are campaigning for it; there is a state grant that seems almost designed for it; and possible federal interest from Malcolm Turnbull and his new clean energy fund. A US company with experience building solar thermal plants is enthusiastic about a thermal power plant, plus coal power workers and their union are on board with the idea.

“As the jostling, lobbying and campaigning carries on, towns around Australia and the world are looking on, hoping Port Augusta can do it. It would give hope to communities facing a similar future as the world starts to leave fossil fuels in the ground.

local government, business, unions on board

“But despite all the apparent support, both futures appear perfectly possible. And that’s terrifying for people in Port Augusta and others looking on….

“’Instead of having a coal feed and a boiler on the front end, we have a tall tower that we pump molten salt through and lots and lots of heliostats,’ says Daniel Thompson, director of development in Australia at SolarReserve. ‘We’re kind of different at the front end but very similar on the back-end and the back-end is where the power is generated.’

“At the ‘back-end’, that heat is used to turn water into steam, which drives a steam turbine, just like a coal power plant. ‘So that’s why there is a very similar job arrangement to a conventional coal power station.’

“SolarReserve has built a 110MW solar thermal plant in the desert in Nevada, with more than 10,000 mirrors concentrating the sun’s heat on to a tower filled with molten salt. It’s building a similar plant now in South Africa and hopes to do something roughly the same in Port Augusta.

“’In Nevada, our Crescent Dunes project created roughly 4,000 jobs,’ he says. ‘We had more than 1,000 people on site at one time building it. And we’re creating between 45 and 50 full-time roles for operation and maintenance.’

“In the long term, that doesn’t fully replace the almost 200 people employed at the coal power plant that is closing, but Thompson says by being a first builder, Port Augusta could win itself the lion’s share of any future solar thermal industry that develops.”