Skip to content
You are here
Home > Living Today > Antique Chat > Beer Glasses: How we drink the nation’s favourite beverage 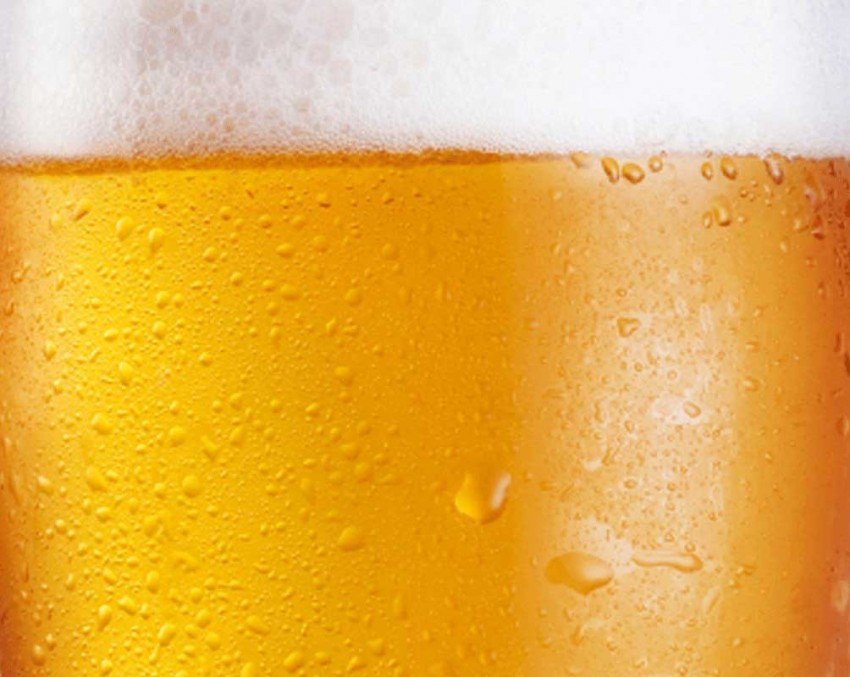 If I started talking about a pony, shetland, seven, bobbie or butcher you might be confused and a bit concerned about what the topic might be. If I then added middy, schooner and pint you would be correct in guessing beer glasses.

I didn’t know what any of them were either, and not being a beer drinker didn’t help. And the fact that, in the fluid ounce days, different states had different names for the same size beer glass – how confusing is that!! A request for a ‘Pot of Gold’ may sound like a joke but in Queensland it is a 285 mL glass of XXXX Gold.

Of course I have learnt a lot more since David took up collecting beer glasses in self-defence. By self-defence I mean that he had to find something to be interested in while I trawled antiques and collectables shops, opportunity shops, auctions and garage sales. So beer glasses and oil lamps are now his forte.

We have about 125 beer glasses, some still from the old ‘pony’ era, some from the modern Reschs, Tooheys, Fosters and VB breweries. Some are definitely ladies’s glasses (for that shandy), and some huge men’s glasses (even tankards). One or two have been unusual, somewhat rare and very collectable, including a ‘Tennent’s of Scotland – Scotland’s Finest Lager’ and an American Presidential Helicopter Squadron beer glass (large of course).

I found some fascinating information in Wikipedia. For example, did you know that:

a quantity of Molasses and Turpentine, in order to brew Beer with, for your daily drink, when your Water becomes bad. … [B]rewing Beer at sea will be peculiarly useful in case you should have stinking water on board; for I find by Experience that the smell of stinking water will be entirely destroyed by the process of fermentation. 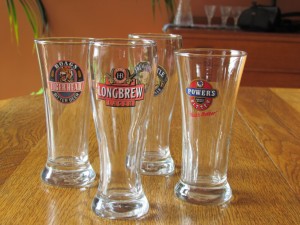 Beer glasses – different for a reason

This also came up on Wikipedia:

Beer glassware comprises the drinking vessels made of glass designed or commonly used for drinking beer. Different styles of glassware exist for a number of reasons: national traditions; legislation regarding serving measures; practicalities of stacking, washing and avoiding breakage; promoting commercial breweries; folk art, novelty items or used in drinking games; and they may complement different styles of beer for a variety of reasons, including enhancing aromatic volatiles, showcasing the appearance, and/or having an effect on the beer head.

Mmmm…………you do learn something new every day they say.

Till next time – ‘Cheers’ from David. 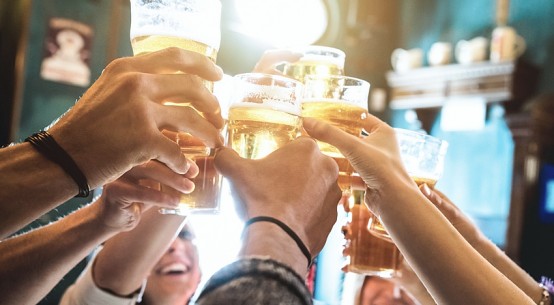 Save the planet, it’s the only one with beer 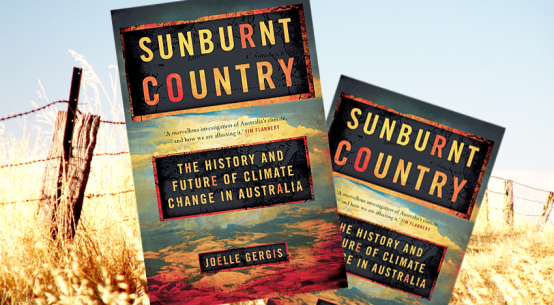