Skip to content
You are here
Home > Region > EDE > Beware gift-wrapped pork barrels: the cost to ratepayers of the EDE 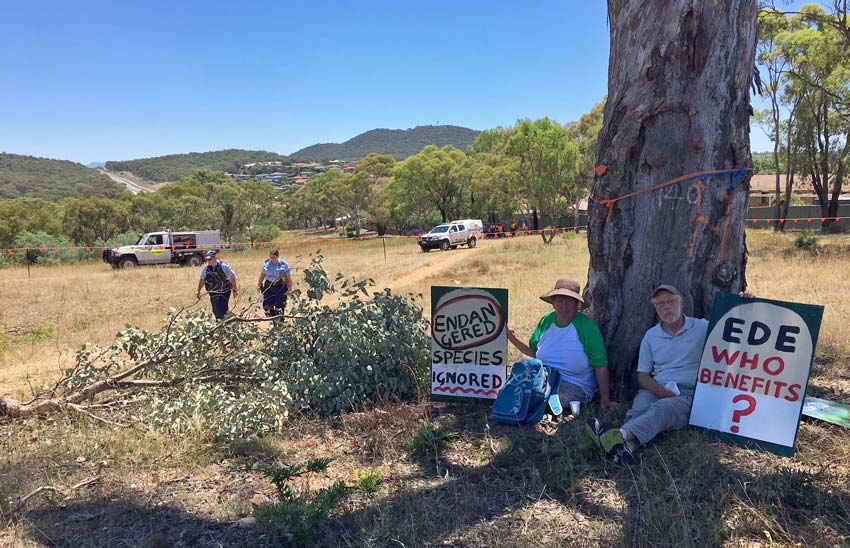 See link at end of this story for Council case for Ellerton Drive Extension.

When I was elected to Palerang Council in September 2012, elected at the same time were five other new councillors; another one with less than two years experience as a councillor, and two with a single full term under their belts.

The Palerang General Manager soon drummed into us that new council infrastructure paid for by grants from State or Federal Government, or any other source, could be consider assets, but were also liabilities. (I already knew this from my knowledge of the Captains Flat water treatment plant project.)

Council accounting rules, and in fact any half-decent attempt at financial management, dictates that assets have running costs. In the case of a new road, these may be small or even minimal. However, every asset must be depreciated – in lay terms, you need to start putting money aside for its replacement when it’s worn out.

So a new shade sail at a playground, at a cost of $30,000 and with a lifespan of 10 years, will add roughly $3000 to council’s annual costs, or more when inflation is taken into account. Some things get expensive faster than others, and roads are one of those. The Road Costs Index generally increases much faster than CPI. Roads are a little more complex, because you don’t wait for them to wear out then replace them, you constantly extend their life through maintenance, so that annual maintenance costs and depreciation become wrapped up together.

Queanbeyan Council, and now Queanbeyan-Palerang Regional Council under the direction of a single unelected Administrator, constantly claim that the Ellerton Drive Extension will not cost ratepayers a single cent. This is patently untrue, even setting aside the risk of the loan council is taking out on behalf of the developers of Googong township [and the proposed developers of Jumping Creek estate which can only go ahead if the EDE is built]. The loan carries risks if Googong fails to grow as fast as expected, perhaps as a result of competition from developments in Bungendore or elsewhere.

More importantly, the estimated $86 million cost of the EDE will be added to Council’s balance sheet, and must be depreciated. If its nominal life is 20 years, then each year, $4.3 million must be set aside for depreciation, or maintenance that extends its life (ignoring inflation for now). With around 25,000 rateable properties, that’s an annual cost of about $170 per rateable property. The bridge will have a longer life, so these numbers are chosen as examples, and may be worst-case scenarios.

Councils can’t increase rates easily, as they are capped by the State Government. So in practice that would mean $4.3 million must be found each year from existing budgets, to fund the depreciation of the EDE. Council can ignore the depreciation cost for a while, but councils are already rightly criticised for their enormous “infrastructure backlog”.

The longer you postpone setting money aside, the more you’ll have to set aside each year. With some infrastructure you could gamble on getting another grant to replace it, for example sports grounds, swimming pools, libraries. The consequences of one of those closing because the gamble was unsuccessful, is nothing like having to close a road or bridge because it has become unsafe. QPRC has such roads and bridges right now.

This situation doesn’t apply to work on existing assets, as they are already being depreciated. Renewed infrastructure may depreciate more slowly than what is being replaced – for example a timber bridge replaced by a concrete one with lower maintenance costs and longer life – so renewing infrastructure can actually save money for councils.

Sure, cancelling the EDE may mean the loss of $50 million in State and Federal funding – they may not agree to it being shifted to, say, flood-proofing the two flood-prone river crossings in Queanbeyan, improving the chaotic Cooma Road, or the Northern bypass to Monaro Street, sealing Nerriga Road, improvements to the Kings Highway (a State Road, but one from which most of us benefit), or Burra or Captains Flat Roads.

But it would remove $86 million from council’s asset register, and free up possibly millions per year for spending on other things. It’s not hollow wooden horses we should beware of, but pork barrels.