Skip to content
You are here
Home > Region > Federal Politics > Big lies, little policies: the ‘miracle’ of conning the public 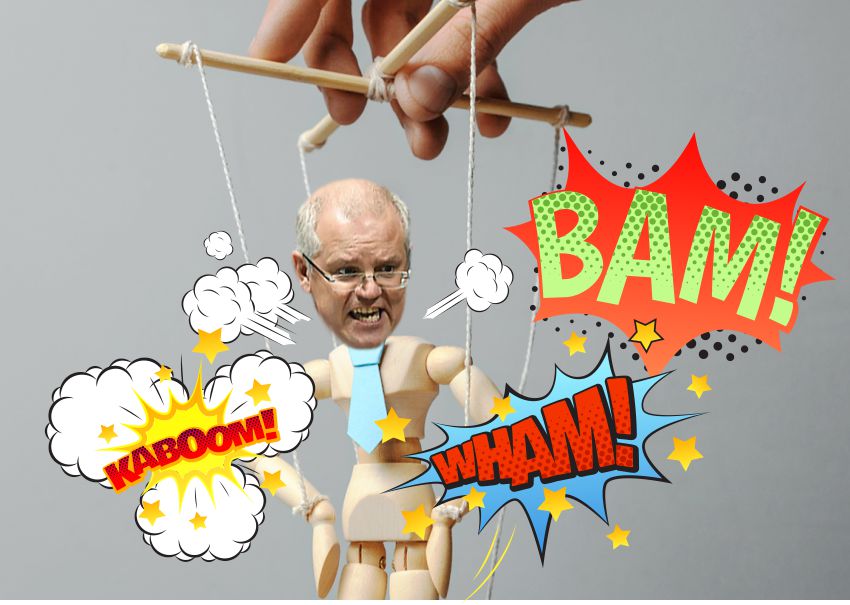 WELL, I SUPPOSE we can’t move en masse to New Zealand after all, despite the thought arising spontaneously for many floored voters on federal election eve. Enough people had this urge to spark jokes about refugee boats being turned back across the ditch. Rather, we’re in for a cold hard look at what our politics and politicians have landed on us for the next three years.

More of the same basically — which is particularly not good for the environment: either up in the atmosphere, on land, or in our oceans. The fossil-fuel lobby and its captured politicians were successful with a disinformation-fuelled campaign. They convinced enough of Queensland and WA voters to think that there can or will be a return to the ‘quarry Australia’ job scene of recent decades and the rest of the country can just suck up the pollution.

(My colleague in North Queensland reports that despite two years of evidence that, at most, a few hundred or a thousand jobs may be on offer, locals there firmly believe the tale that Adani will deliver 10,000 jobs.)

The subtext of this whole election campaign has been coal; and support for Adani; and opening the Galilee Basin to them and the likes of Gina Reinhart and Clive Palmer (other coal leases in the basin) pulled the strings behind the stage. Up front was Scomo giving the performance of his life.

I read that Scott Morrison has been engaged in amateur theatrics since childhood and he certainly brought it home. We watched living proof that modern political leadership can revolve around the genuine, personal warmth of reality television shows (‘Married at first sight’ perhaps?) or tele-marketing and never mind the fine print or a guarantee.

It was pretty effective as the results would indicate. Gina’s good friend Barnaby Joyce of the National Party also sailed back in and did not hold back a triumphalist tirade against any citizen/voter stupid enough to want environmental change.

Morality or truthfulness? So 1980s! Small wonder perhaps that today’s news had Donald Trump congratulating Scomo on joining the elite leadership of himself and the Nigel Farage brigade of Brexit.

Watch video-of-the-month for behind the scenes

See Liberal National ties to the Minerals Council of Australia and its state affiliates;
to various multinational miners; to the Murdoch media;
and to the public relations machine of Crosby Textor.

If you need some convincing of the ties that bind the Liberal National Coalition to the Minerals Council of Australia and its state affiliates, to various multinational miners, to the Murdoch media and to the public relations machine of Crosby Textor that reportedly managed the Coalitions untruthful fear campaign on tax and Labor/Green climate policies, take a look at our video-of-the-month.

Investigative journalist Michael West took a commission from Greenpeace and connected the dots and revolving doors between all of the above. It will make you sit up. That is our federal government for the next three years.

Labor and media not faultless

The Labor campaign structure, communication missed-opportunities and pre-selections, and the low-grade performance of much of the media can take a share of the blame. Even beyond the destruction derby of the Murdoch Press, too many reporters didn’t bother explaining policies to the electorate, or echoed the Coalition talking points, stoking fear about tax and jobs.

Points like what is the cost of climate action?? This has been a favoured device of urging climate denial and inaction for the past 30 years. The reporters didn’t tell us that context. Nor did many ask what about the job benefits of new industries or the massive cost of not acting on climate risk — already being felt with flood and fire on this most vulnerable continent. Leadership ‘horse race’ reporting is always the easy fall back.

Reams are being written about these matters elsewhere and some interesting points are made in our ‘Around the Web’ selections. Take a look. Also…

The Long Read and short hiatus

In this round of Bulletin updates and posts we have set up a ‘Long Read’ section, including some timely excerpts from my current and previous books.

We aim for this to tide the Bulletin website over through June. Both webmaster Sue and I will be overseas during that month. I’ll be in Trump’s America (gulp) visiting family. Fortunately, that will be in California which holds Trump’s America at arm’s length and is pushing ahead with good environmental initiatives.

So no weekly updates until we’re back in July.

With thanks as ever for your ongoing engagement with the Bulletin and wishing everyone as good a month as possible ahead! 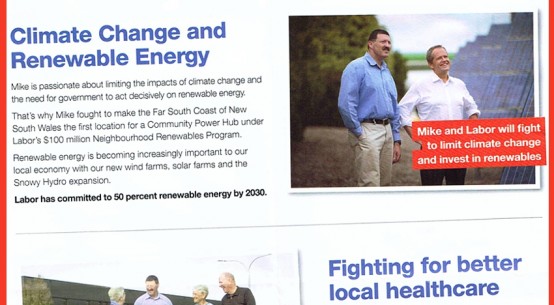 Labor will fund extensions to the Queanbeyan River Walk 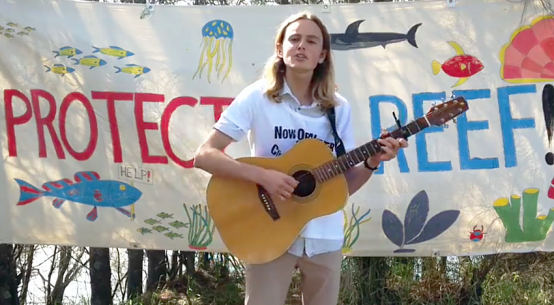 VOTE May 18 — Action on climate change has become an emergency