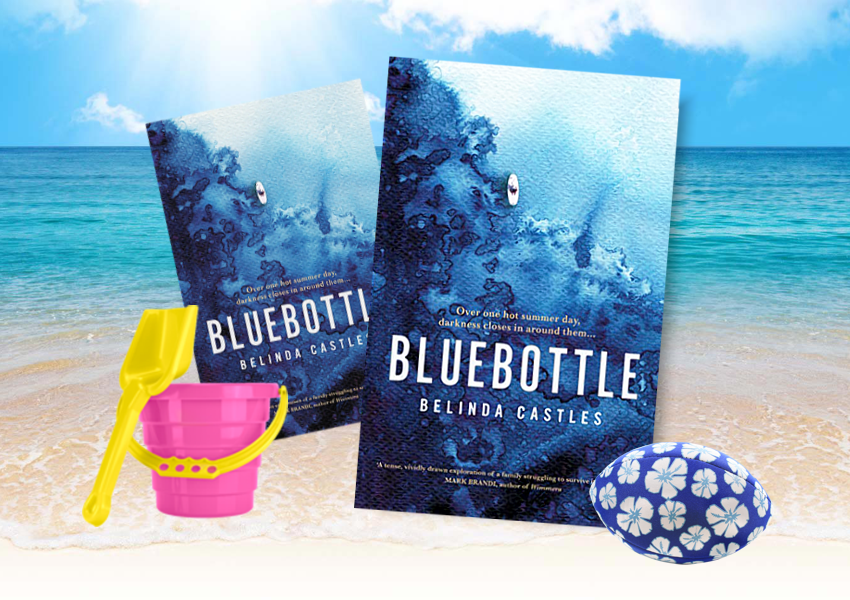 BELINDA CASTLES NAVIGATES the dark undercurrents of a family in her new novel.

Bluebottles are common on Australian beaches, their attractive hue concealing the painful poison within. Belinda Castles’ new novel (she previously won the Vogel for The River Baptists and published a historical novel, Hannah and Emil, in 2012) opens at the beach on Christmas Day, 1994.

It is an iconic Australian scene, with people ‘wandering between the baking orange sand and the cool, invigorating surf’. Among them, one figure draws the eye:

“… a small pink-shouldered man leaping about at the water’s edge. He galloped one way and then the other along a five-metre stretch of sand, like a coach on the touchline, raising his fist to the sky, calling out to the sea. He jumped in the air. He leaned on his knees and shook his head … Some [of the others on the beach] … kept half an eye on him as he called out to his children from the shore … oblivious as he was to the atmosphere of the beach, its softness, its air of gentle pleasure … feelings surging through him like a heavy swell pushing towards the shore.”

There is an effortless sensuality in Castles’ writing, here contrasting the languor of a hot afternoon with the frenetic activity of the man, who, we come to learn, is Charlie Bright.

Charlie has bought the house that perches at the top of the cliff above the beach, sitting ‘in air as scrubbed and softened as old linen’. There is:

“… a deep scoop of land in front [of it, that] had fallen away and sat in rocky clumps in the water beneath, surfacing at low tide. The house was humble: made of apricot fibro, its roof dull and rusted, the scrub on the escarpment reaching up towards it, ready to pull it down. When storm heads built out to sea, you could imagine it in pieces, splintered slabs jutting from the surf …”

The house has an important symbolic role in the novel, and the state of it — battered and seemingly ready to fall into the sea — is a fitting one for the characters.

Tolstoy famously said, “All happy families are alike; each unhappy family is unhappy in its own way”. Charlie’s family is outwardly a happy one: their house may not be in great condition but it has an enviable position above the beach; husband and wife are together, all the children are still alive. But there is something ‘off’ about Charlie, and a dark undercurrent runs beneath the surface of the Bright family. Prone to sudden enthusiasms and moods, Charlie is an unpredictable force in the family’s life.

During these episodes, his wife counsels the children to: ‘… just tread carefully for a day or two and he’ll be back on form.’ And then deals with the tension herself by cleaning the kitchen cupboards, over and over.

Charlie has bought the house on the cliff without consulting even his wife, and while the view of course is magnificent, the move is a major upheaval, particularly for the children, who are faced with starting new schools and making new friends: athletic Lou, the eldest and her father’s favourite; Jack, the middle child, sensitive and prone to panic attacks; and Phoebe, the baby of the family, already discovering what photography can reveal.

The move also takes them from their bushland suburb, where their young neighbour, Monica, has gone missing. Her handbag has been found, but not her body. She lived near the Bright family, and Jack in particular was close to her. But it is Charlie who is obsessed by the case, following every mention of it in the newspapers. Does he know something that he’s not telling anyone?

From its opening bird’s-eye view of the family on the beach, the novel cycles through the eyes of Lou, Jack and Phoebe, and moves from the events of Christmas and Boxing Day 1994 to the present, when the adult children are forced to revisit the past. Castles deftly manages these transitions in voice and time while raising the stakes at each turn.

There is a satisfying twist at the end as Charlie’s fate and the events of 1994 are finally revealed, but ultimately the pleasure of this novel is getting to know the characters of the children, their relationships with each other and how they have transitioned from a rocky childhood into adulthood.

Not everyone emerges as you might expect, and the picture of their lives among the leafy streets of Sydney’s northern beaches  — the ‘insular peninsular’ as outsiders call it, with its yoga clubs and pot smoking and not-so-secret alcoholics — is consistently engaging as the Bright children navigate the legacy of the bluebottle’s sting. 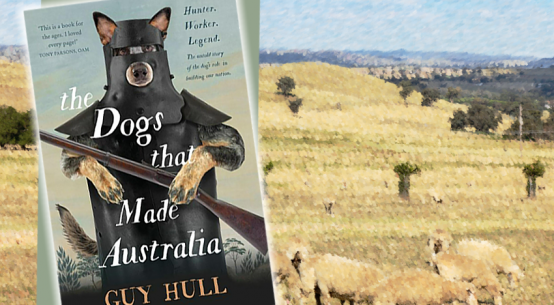 The Dogs that Made Australia