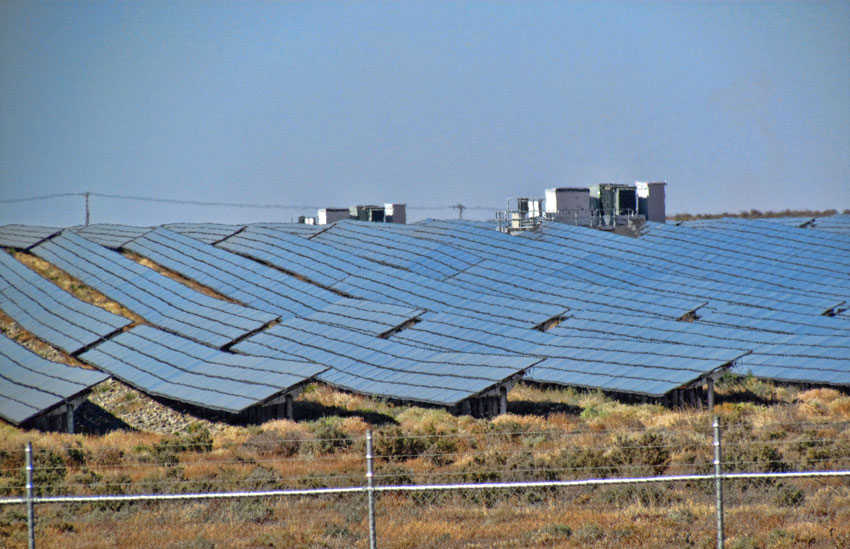 We’re blessed with one of the world’s biggest quotas of sunshine. But thanks to Australia’s still backward-looking energy policies, solar power seemed destined to remain a single digit item in the electricity generation profile (trailing many less blessed countries) – despite the world-beating uptake of rooftop solar by households, schools and commercial operations.

Here’s the good news: large-scale solar power for electricity now looks set for rapid expansion (see accompanying story) and state and federal governments as well as some far-sighted companies are quietly investing in it despite the coal rhetoric that clogs our news feeds.

Offering a view of what that looks like is a pioneering solar farm outside Broken Hill. The home of Australia’s most famous, lucrative and long-lived silver mining enterprise, that became BHP, has again become a trail-blazer with renewables – after blazing as a movie location for (among others) Mad Max and Priscilla Queen of the Desert and as an inspiration for some famous local painters.

Established since 2012 by AGL Energy and First Solar (the largest US solar manufacturer), the Broken Hill solar farm and a companion project at Nyngan were called the largest in the southern hemisphere, so far.

On a recent visit to Broken Hill, seeking solar radiation, I took a look and a few photos that hardly do its expanse justice. But here are some details.

The site covers 140 hectares with 670,000 panels (like those in the photo) and 80 inverters (the housing in the image).  It generates enough electricity to power 21,000 NSW homes (at 6MwH/yr) according to an official pamphlet. During construction it employed 150 workers with half coming from the local region. Now it employs maybe three for maintenance.  (So for jobs, more need to be built!  That appears to be happening. See story this page)

A 2015 report in the Sydney Morning Herald on completion of the project said NSW and Commonwealth grants worth $232 million supported the project. AGL expanding into green energy saw the company’s share price climb 31 percent in 2015. Retiring an “oversupply” of aging coal fired plants will help spur further investment, an AGL spokesperson told the Herald at the time. (How Broken Hill became a solar power trailblazer, 22 December 2015)

AGL is now building a windfarm just outside Broken Hill as well.

The Australian Renewable Energy Agency (ARENA) marked a milestone in May, helping to grow the domestic large-scale solar industry installations to more than 20 plants in just five years. [ARENA is an agency former Prime Minister Tony Abbott tried to abolish].

The target was reached after NSW’s White Rock Solar Farm became the twelfth and final development to reach financial close.

ARENA is providing almost $90 million in grant funding towards the 12 projects in NSW, Queensland and Western Australia, which together will power 150,000 Australian homes.

Eight of the projects are also receiving a total of $320 million debt finance from the Clean Energy Finance Corporation (CEFC) which returns interest to the Australian taxpayer [Another Abbott target for abolition].

ARENA CEO Ivor Frischknecht said the Large-Scale Solar Competitive Round showed utility scale solar was now almost as cheap as wind energy, and remarkably this is at least five years earlier than expected.

“Australia’s large-scale solar industry has grown at a tremendous pace thanks to concerted efforts by ARENA and the CEFC. We know of at least six new plants that are being developed without any ARENA grant funding support,” he said.

“In practical terms, this latest milestone means each of the 12 projects is fully financed and has locked in engineering, construction and connection agreements, along with council approvals and environmental approvals.”

The current round of funding has unlocked a billion dollars in investment from other sources, benefitting regional economies with an estimated 2300 direct jobs and thousands more indirect jobs expected to be created by these plants.

If all goes according to plan all of the projects will be completed between late-2017 and mid-2018.

Note: Recent news reports indicate that the federal Liberal and National coalition is trying to get the Clean Energy Finance Corporation to invest our taxpayer dollars in ‘clean coal’  – an unproven technology that would allow greenwashing of the government’s bowing to the coal industry and its dominance over political decisions. 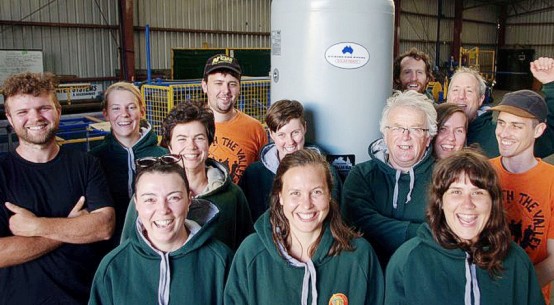 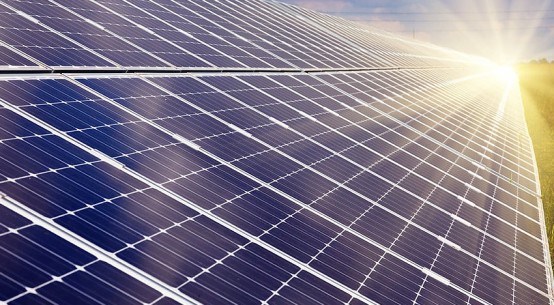