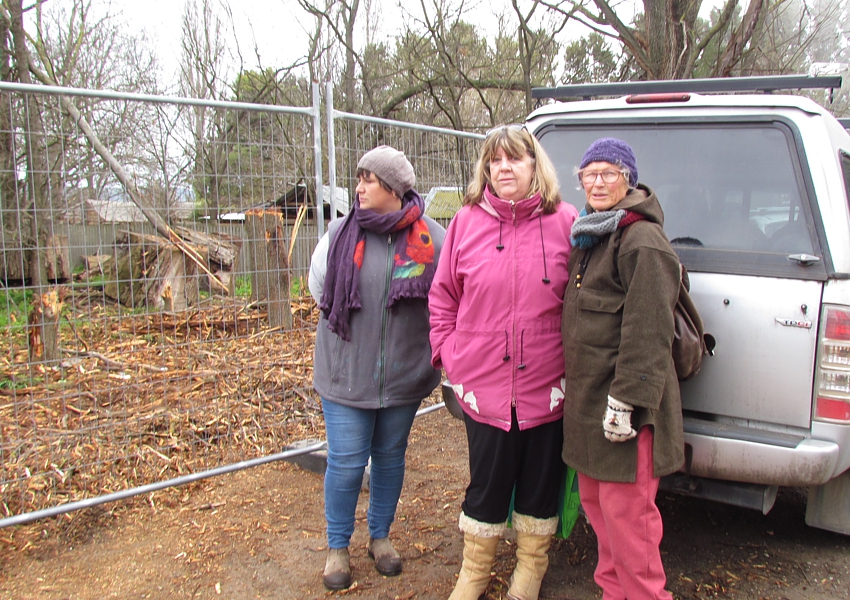 A NUMBER OF decisions made by Palerang Council pre-amalgamation are now on the implementation radar of Queanbeyan Palerang Regional Council (QPRC). These have their origin in the projected rapid resident and business growth of Bungendore.

Visitors have for some time seen empty business premises at the Kings Highway entrance to Bungendore and also on the main street. The natural and medical disasters of 2019–2020 have not helped either existing businesses nor the rosy growth projections.

Nevertheless, a council majority and staff have batted away any calls for review of the timing and scale of new public developments for the village. A notable case regards the wisdom of paving over several acres of village greenspace for a long-planned big carpark in the centre of town.

A more immediate push came with the start of work on a reserved roadway. The new road being engineered by council would lead to a proposed extensive sports hub on land behind the long-standing Cleanseeds Rural business. The start of work was heralded by removing trees along the road corridor. Neighbouring residents and business owners say they awoke one recent morning to find this underway and started calls to council and a protest action. Following is their story as told to the Bulletin by Kerry Doutch.

A response from council also follows, notably the pledge that no “veteran” trees would be removed. Also below the content of a press release, that appeared the day after the residents started protesting, on the scope of the new sports hub.

On Tuesday 11 August, the owners of Cleanseeds and the Old Stone House on Molonglo St Bungendore woke to the noise of heavy machinery outside. They found a contract crew and excavator ripping out elm trees and undergrowth in the car park between the two business premises.

Luck was on their side and the excavator broke down and was inoperable for the rest of the day, or, according to the excavator operator he would have cleared everything, by Wednesday afternoon. There was a lot of undergrowth and suckers to be cleared but his “everything” would probably have included several 140-year-old elm trees as well. Another contractor observed the trees were all dead anyway until it was pointed out to him that we’re in the middle of winter and the trees are deciduous.

As concerned Bungendore community members we offered to help. On Wednesday morning several cars were parked in that car park, which, coincidentally, prevented the contractors from accessing the area that they were removing trees from. After some confrontations and a visit by the police, the contractors were instructed to temporarily fence off that area and everyone left. The police wanted no involvement as they viewed it as a civil matter.

The owners of The Old Stone House had been visited by a council staff member with regard to how they would be affected by the development of a proposed roundabout on the road adjacent to their property, and also the road development and they were assured that no trees would be taken out.

On that Wednesday we wanted to know who was in charge and ordered the start of works with the tree clearing. Was an Environmental Impact Study done? Who owns/has jurisdiction over the land? We were told that no one was coming to talk to us, and that the instruction to clear the trees stood.

Councillor Peter Marshall kindly came and talked to us, and after detailed conversations, proposed to put an emergency motion to that night’s council meeting. He had been assured by council staff that Cleanseeds and the Old Stone House had been consulted, but apart from the visit to the Old Stone House no-one seconded that claim.

In this instance we feel council’s communications and consultation processes were totally ineffective to the point of being non-existent, causing unnecessary confusion and stress to the business owners.

Councillor Marshall was able to get an emergency motion approved for consideration — to halt the works, and to be fully briefed on the scope of works and required consents. It lapsed as there were no seconders.

Late on Wednesday en route to the council meeting Councillor Peter Harrison paid a visit. He confirmed that QPRC owns the land in question. It formed part of former Palerang Council’s two- year-old plan to access a sports hub, eased by a new road roundabout at the corner of Gibraltar and Molonglo streets.

And he told us there was nothing to be done at this late stage to stop it. However, he agreed that there had been a significant communications issue and he would address that at the council meeting which he did — extracting a staff promise of briefing councillors.

We (residents) suspect and have heard rumours about the possibility that some central Bungendore council-owned buildings and facilities will be replicated at the proposed new sports hub to make way for a high school site on and around Mick Sherd Oval.

The oval is gazetted as a Heritage feature since it was built late 1800s; and there is a documented aboriginal grave close to the primary school end. 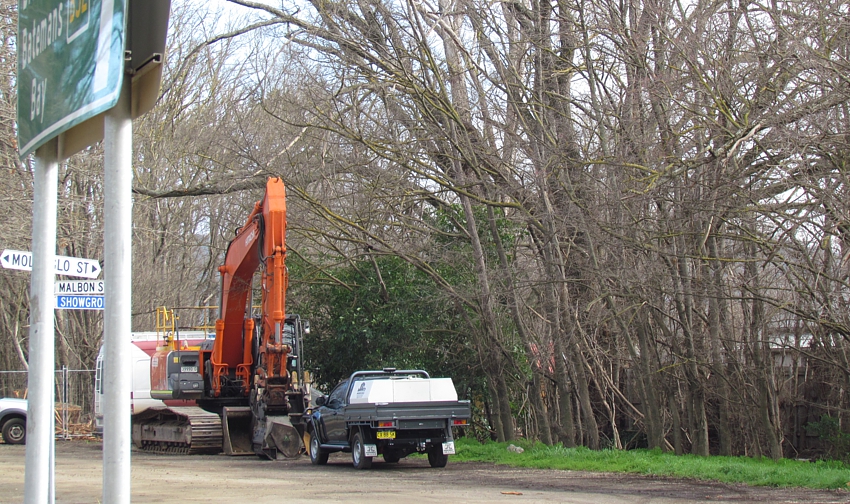 A media release on the 13 August stated:

Queanbeyan-Palerang Regional Council has now lodged a development application for the Bungendore Sports Hub to be located off Bungendore Rd.

Stage 1 of the Sports Hub includes:

“The Bungendore community has been heavily reliant on Mick Sherd Oval and in recent years it has become evident that the community has outgrown that space,” Queanbeyan-Palerang Regional Council’s Service Manager, Urban Landscapes Tim Geyer said.

“The development of the Sports Hub will provide the growing Bungendore community with a dedicated venue for sports such as soccer, football, rugby union, netball, cricket and AFL which will become the premier sporting venue in Bungendore.

“Future stages of the sports hub will include additional fields, swimming pool and further community assets.”

While the development application is currently under assessment, it is unable to be approved until the acquisition of the land is complete. It is expected that this process will be complete by the end of August 2020.

A tender for the final design and construction, along with bulk earthworks will be determined at the 26 August Council meeting, meaning that following development application approval construction will be able to commence swiftly. Council is aiming to have the two main sporting fields operational for the winter 2022 season. The hard courts will be available sooner.

Earlier a council spokesperson told the Bulletin that “no ‘veteran’ elms to be cleared” with the following statement:

There are some early works that Council is able to undertake without development consent. This includes some vegetation clearing on the road reserve in Malbon St to allow the installation of a new water main and for construction traffic during the development of the sports hub.

The vegetation clearing will not result in any of the ‘veteran’ elm trees being removed. The contractors have been engaged to remove ‘suckers’ that have grown from the original trees and to remove some of the dead limbs on the mature elm trees. These works will improve the health of the mature elm trees. Some of the suckers may look to be mature trees, however an arborist’s report has confirmed they are suckers and recommended their removal.

Prior to the work commencing, Council’s Tree Management Officer met on-site with nearby property owners to explain the works and the benefit to the ‘veteran’ elms.

An environmental impact statement is not required for these works. All the suckers regardless of size are within this road corridor. An arborist’s report was carried out to assess and protect all the mature trees in this vicinity of the proposed roundabout and the Stone House and these will be protected. The report is available via this LINK.

Malbon St is an existing public road that will soon be serviced by a new roundabout. The road will extend west and is the safest public access to the future sports hub. It will have shared paths leading from the sports hub to the intersection of Malbon and Molonglo St.