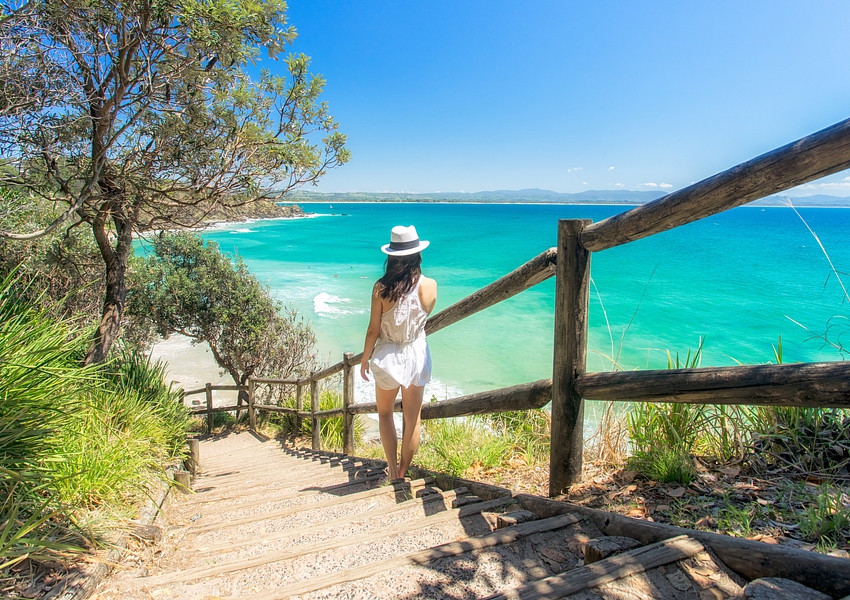 BEAUTIFUL BYRON BAY has always had something talismanic about it, as the generations of arrivals imbue it with some greater, grander meaning than merely a nice place to live.

In the 1960s and 70s it was the epicentre of Australia’s dropout, hippie and New Age movement. In the 1990s when Crocodile Dundee producer John Cornell bought the Beach Hotel (since sold for $70m to private equity), Byron Bay began to feel a lot more like Sydney, a second home there becoming a flashy status symbol — the yang to your harbourside mansion ying.

Now, thanks to a disproportionate number of midtier influencers and Instagrammers, Byron Bay has become something else, something also emblematic of our present moment.

That moment could be described as BRAND ME.

By Brigid Delaney, The Guardian