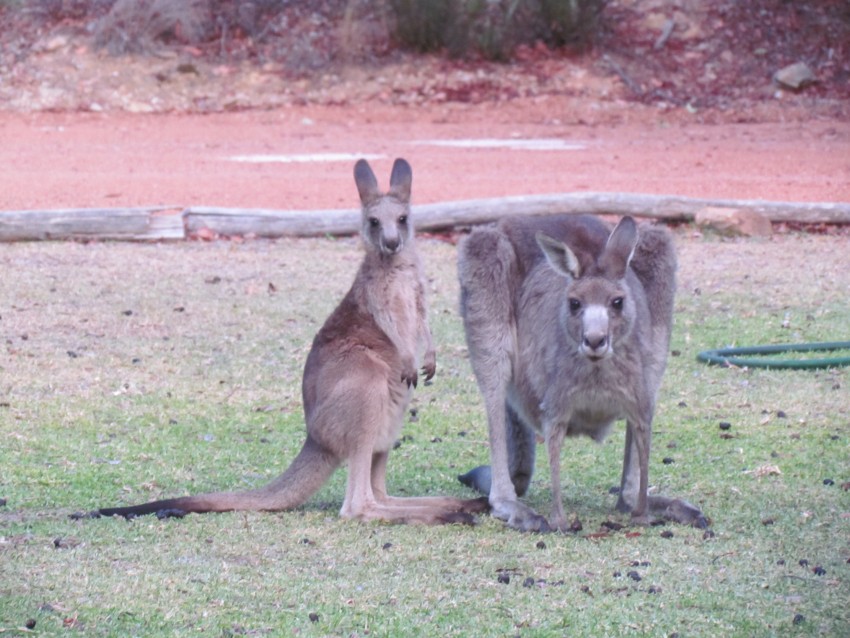 Australian researchers, specialist macropod scientists and other citizens have lined up with United States animal welfare organisations and US citizens to convince the California state legislature not to scrap a ban on the import of kangaroo products. They have presented scientific, cruelty and meat contamination evidence against the trade.

California lawmakers will decide in the middle of September. The evidence against the industry can be found at www.kangaroosatrisk.org.

The federal government through the Barnaby Joyce-led Department of Agriculture is said to have paid the kangaroo industry association $143,000 to engage a professional lobbying firm in California. Australian diplomats and visiting government officials have also applied pressure, according to parliamentary information supplied to Greens Senator Lee Rhiannon earlier this year.

The Department of Environment, and Foreign Affairs and Trade have also been lobbying foreign governments to buy into the kangaroo killing industry. Malcolm Turnbull and the Parliamentary Secretary for the Environment Simon Birmingham were named as two recent lobbyists on their visits to the US.

On 1 September, the Sacramento Bee [in the city where the California legislators ponder] wrote an editorial lambasting a first-term Assemblyman who has taken up the kangaroo industry’s cause since its previous California state legislative champion was indicted for corruption.

Assemblyman Mike Gipson from Los Angeles gave new meaning to the term ‘gutted’ said the paper when he amended a bill related to gambling with a provision to reintroduce kangaroo body parts to the state.

“We don’t cast judgment on the stalking, slaughter, gutting, skinning and sale of kangaroos, although joeys are awfully cute, as Gipson saw when he petted one in the Capitol earlier this year. [Brought in by the Humane Society of the US].  We no longer hold it against the Aussies that they assaulted our ears with “Tie Me Kangaroo Down, Sport,” said the editorial.

But it continued, if Gipson believed the narrative about the economic necessity of the kangaroo trade for making sports shoes he should bring it up as a regular bill “not gut the process like some hapless marsupial with a marketable hide”.

Former commercial kangaroo shooter David Nicholls, in a powerful indictment of the commercial kangaroo industry’s myths about overpopulation and damage and its on-ground practices, wrote of the fate of dependent joeys who perish as collateral damage when their mothers are killed (some 800,000 to 855,000 annually now).

“This cruelty is straight out of the annals of our brutish past and is a blight on all that we hold to be decent and fair…..young joeys are dragged out of their previously secure world (the pouch) by the hind legs and swung against a hard object. One swing may be followed by another and then another if the prior does not complete a death.

“Otherwise healthy young animals are killed for no reason than there are no other choices. Even hardened kangaroo shooters are often sickened by this never-ending process. If this were filmed and televised to a public made aware that killing kangaroos was not even necessary, then the industry would fold overnight.

He goes on to talk about even worse cruelty. “A very large proportion of adult female kangaroos also have a joey-at-foot ….when the mother is killed, the joey is left to fend for itself  and any zoologist with knowledge of kangaroo habits would have to admit that its chances of survival are at best minimal.

“Panic, fear, starvation or being preyed on by foxes that keep tabs on the kangaroo shooting, will end its life in a state of terror. This is not acceptable to reasonable thinking people.”  (From The kangaroo falsely maligned by tradition, in Kangaroos Myths and Realities, Australian Wildlife Protection Council)