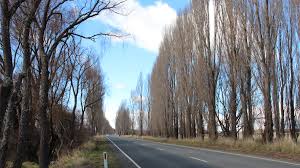 Regional joint council organisations: what does not make sense here?

I agree with Palerang Mayor Harrison’s opposition to a proposal from the NSW Government that councils in the region be split into two regional council organisations that exclude the ACT.

Council ‘Joint Organisations’ are proposed to “give regional councils a say in the planning, growth and infrastructure needs and local employment opportunities for their region” and may possibly duplicating some of the work Regional Development Australia does.

The NSW Government’s local government reform agenda makes a big deal of claiming that the government understands that ‘one-size does not fit all’, yet it goes on to propose a one size fits all model for regional organisations of councils.

Canberra is our regional hub, tens of thousands head over the border each day from homes in Queanbeyan, Palerang, Yass and Cooma Monaro to work or go to school in the ACT. Canberra hospital is our region’s tertiary hospital (and yes we do pay our way!) and many other businesses work both ways across the border every day.

The NSW Government is proposing a new model for regional organisations of councils which would see the ACT excluded from the South East group and Yass put in with a Tablelands group. Formerly they were together as the South East Regional Organisation of Council’s, SEROC, with the ACT.

Looks to me like lines drawn on a map by someone who doesn’t know much about the communities of interest in our region.

Traffic on the Kings Highway is starting to build up with summer approaching and I am sure we would all hope that this summer everyone drives carefully and we don’t have any tragedies.

I have kept a close eye on what has happened to Kings Highway funding since this Government came to office and it is not a pretty picture. Over the last five years I was Member for Monaro the Kings Highway (in the Monaro electorate alone) saw around $70 million spent on improvements.

In the first year after the Nationals were elected here just $6 million was budgeted and it turned out more than half of that was already committed by Labor for noise walls in Queanbeyan. In each year since, the expenditure has failed to match previous high levels.

I have now established through questions on notice that this financial year the Government has upped the funding to a welcome $15.6 million (in Monaro and Bega electorates). Unfortunately in one of the more cynical bits of budgeting I have seen, in the year after the election it will drop back to $9.5 million.

It’s always confusing talking about dollar funding of roads, particularly when costs increase so quickly, so here is another very clear measure of the relative performance on the Kings Highway. While I was local Member we saw seven new overtaking lanes built on the Kings Highway in the Monaro electorate. The Nationals after three and a half years in Government are just starting construction on their first.

I am a strong personal supporter and (in my role as Shadow Tourism Minister) advocate for rail trails and in particular for the proposal for Captains Flat. Putting my legs where my mouth is I got on the bike and rode the route a few weeks ago – though, of course, at this stage on the road not the rail track!

It confirmed my view that we have huge potential for this track. The railway offers gentle inclines for cyclists and at the end in Captains Flat some great experiences looking at the rail and mine heritage which is already beautifully presented in the area. Then down the hill to the pub for lunch or even an overnight stay.

Land holders along the route do have the right to extensive consultation and to ensure that their concerns are dealt with – as they have been with trails in Victoria. I am confident that with a little goodwill and community interest those things can happen and I would urge the region to get behind the proposal. Other small country communities have shown this can happen, we can too!

Why put $25 million of taxpayer money into a road that a developer should have paid for?

The Nationals lack of commitment to the Kings Highway reveals skewed priorities; they have chosen to provide taxpayer funds for Queanbeyan’s Ellerton Drive Extension. In doing so they are effectively giving a gift to the developers (of Googong) who were supposed to pay the majority of the cost of that road.

Hard to justify giving a grant which directly benefits developers, particularly when we have seen overall roads funding for the Monaro electorate and the Kings Highway in particular, consistently lower under this Government than the last.

Image: Current view of location of the EDE road corridor. 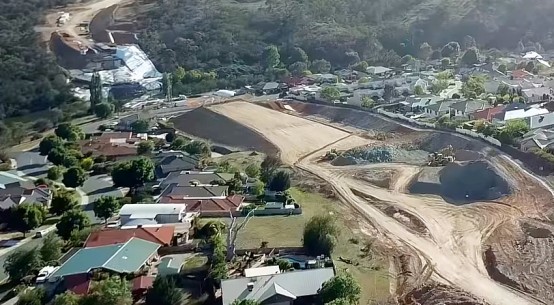