Skip to content
You are here
Home > Region > Care for the Earth, respect the land — timeless message 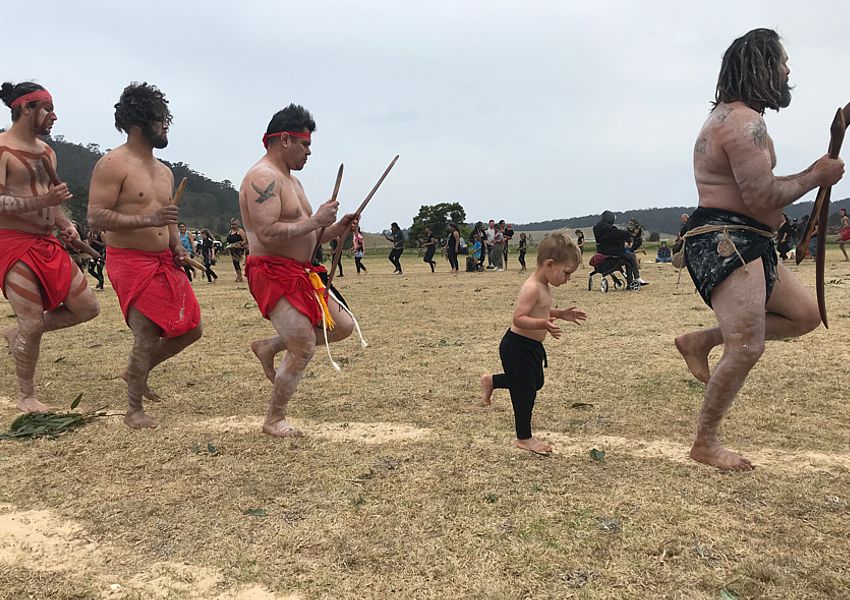 IN A HISTORIC assembly coinciding with recent extreme climate events, Aborigines from the Yuin Nation came to Tilba at the foot of Gulaga mountain to take part in a Bunaan or dance corroboree.

They came from all over NSW and Victoria to strengthen their ties with their culture and traditions, and to remind everyone even (or especially) non-indigenous people that we must care for the Earth, as we are all ultimately depend on it for our survival.

Organiser of the Bunaan and leader of the dance group, Djiringanj man Warren Ngarrae Foster said that the time for healing was urgent. “Minga Gulaga is the one that birthed us all and she has called us back to heal the spirit, heal the country and heal the land.”

The fact that the gathering was held on the foothills of a mountain regarded as sacred to the Yuin Nation made the invitation for non-indigenous people to share the event even more significant.

The “Acknowledgement of Country” speech given by officials at the start of many formal occasions is often a rushed obligatory statement given by the organisers before they get on with the “real business” of a meeting.

Such a meeting usually has nothing to do with the environment and does not require Aboriginal participation. The well-attended Tilba corroboree was a far more meaningful attempt at genuine friendly communication between indigenous and non-indigenous people.

Although it was mainly a happy occasion at which Aboriginal men, women and children re-united, sang and danced on the earth with great feeling, it was also an event that gave the onlooker scope for reflection.

Why have the original inhabitants of Australia struggled for recognition ever since the British took over possession of their land in 1788 on the false assumption of terra nullius?

Why have successful land management ideas such as firestick burning and regenerative farming been largely ignored up until now?

Is the land, our most precious resource, being sustained or is it being exploited for immediate financial gain?

Aborigines regard themselves as custodians not owners of a land which they are spiritually connected to, and where they lived in harmony with nature for thousands of years before British settlement started in 1788. 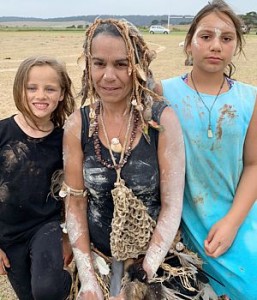 Recognition of their successful land management is growing as a result of research by historians and demonstrated in a practical way by the farming practices by pastoralists such as David Pollard and Kevin Andrews.

Historian Bruce Pascoe says in his book Dark Emu: “To deny Aboriginal and Torres Strait Islander agricultural and spiritual achievement is the greatest impediment to intercultural understanding, and perhaps to Australian moral well-being and economic prosperity”.

PICTURED HERE:  Sharon Mason, a strong Yuin woman and dancer who was at the Gulaga gathering with her nieces Annabelle Landini (aged 8) and Jayla Forbes (aged 11) cried out the heartfelt message of the gathering,

“It is our responsibility to look after the land!” 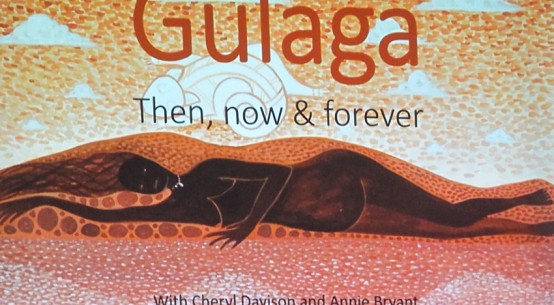 Dreamtime: Then, Now and Forever