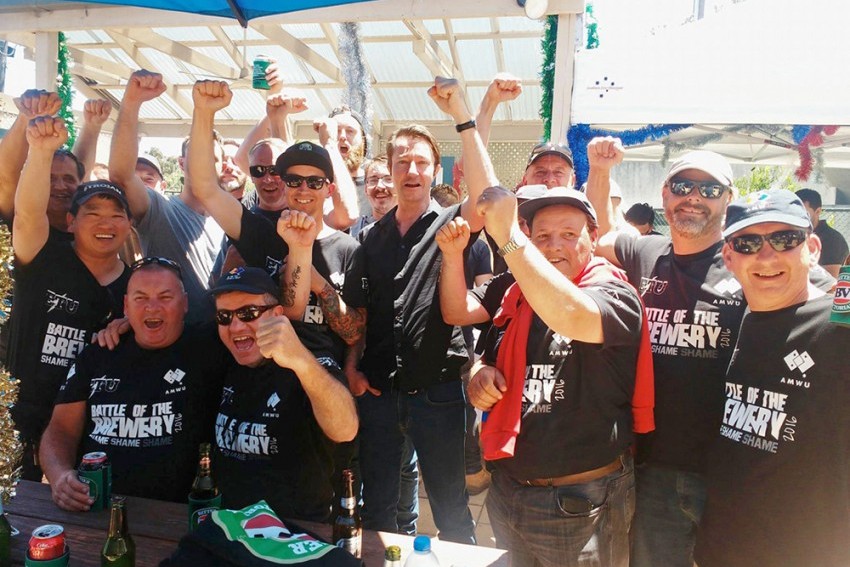 Whew!  Just as we were going to press with a story about a Christmas boycott of Carlton United brews in solidarity with sacked and insulted workers, the dispute has been settled, according to the facebook page of the workers in question. Ok to drink the beers again.

The brewery had sacked its Melbourne maintenance workers in August and offered their jobs back with a 65% pay cut.  These workers came to be known as the CUB55 and a campaign to boycott all CUB products ensued.

On facebook, a post from 7 November said the 55 workers were returning at their original union wages and conditions, a significant win after a hard campaign.

South Coast union members Alison Sexton-Green and Tamara Ryan had sent around a press release urging a Christmas beer boycott saying: “These workers who have been on the picket line for around 170 days, have living expenses they’re struggling to pay in the lead up to Christmas. Meanwhile the multinational beer conglomerate that owns CUB – SAB Miller – did not even pay any tax in Australia last year.”

“ABS figures show that job insecurity continues to grow, while polarisation of wealth continues to increase. 40% of workers are in unstable employment arrangements such as casual or contractual, and workers without leave entitlements has grown to 25 per cent of the workforce,” they reported.