Skip to content
You are here
Home > Environment > Catholics and climate change: Pope Francis – a brighter shade of green 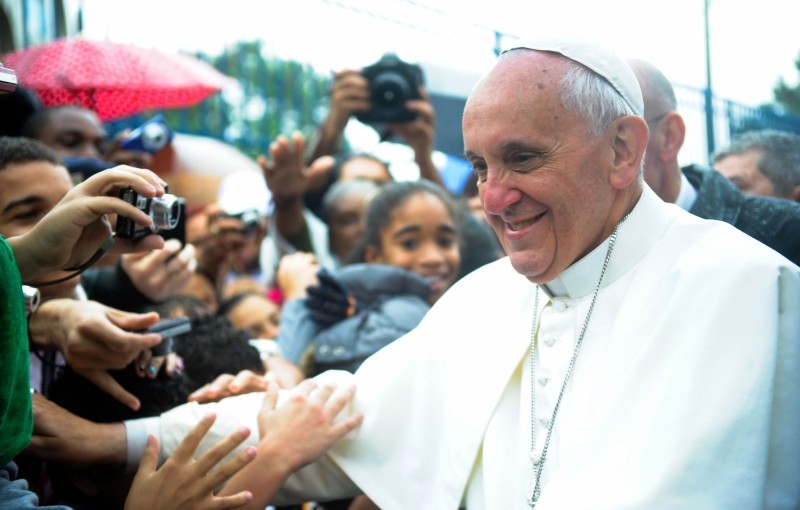 Prime Minister Tony Abbott is Catholic and so is half his cabinet. They must be feeling some collective unease at the prospect of Pope Francis, leader of the world’s 1.2 billion Catholics, issuing an encyclical on climate change sometime mid-year.

Francis is expected to issue a call for strong international action on the issue. Australia, under Abbott, has been dragging its feet with relatively weak targets for greenhouse emissions compared to the rest of the world.

Francis will also address a joint session of the UN General Assembly and the US Congress in the US in September. It is anticipated that he will play a critical role in the climate change negotiations in Paris in December.

Dr Paul Collins, a former Catholic priest, broadcaster, historian, environmentalist and author of many books including God’s Earth, is delighted by these initiatives but keen to emphasize that any statements Pope Francis makes on climate change will be in the context of social justice and betterment of the poor.

“He is profoundly caught up in his commitment to the poor,” says Collins who adds that when he asks himself whether the encyclical will do what he wants it to do, the answer is “probably not”.

Nevertheless, Collins is heartened that Francis is “not backward in coming forward on the issue” of climate change and that he is a brighter shade of green than his ‘pale-green’ predecessor Pope Benedict. He adds, however, that it is difficult to say whether climate change will be front and centre in Francis’ address to Congress.

Collins has long urged the Catholic Church to move away from its anthropocentric (solely human focused) approach and adopt a more biocentric ethic.  And he says the theological shift is starting to happen.

“Theology is not static. It develops; it evolves. It incorporates insights from culture.

“Quite a number of Christians have been biocentric, notably St Francis of Assisi, who tamed a wolf and had a sense of connection with animals. Also, the Irish monks writing prose and poetry from the 5th to the 7th century took a biocentric approach.”

What then is the approach of the Catholic Church as a whole to climate change?

“There is broad acceptance in the mainstream church that climate change is a reality,” says Collins. “That’s not the case amongst reactionary Catholics, however, but they’re contrary people and you’ll never win with them.”

And his personal view?

“Speaking as an historian, humans are particularly stupid. When it comes to climate change, there is so much vested interest involved.

“The Church may be on-side with climate change but its influence is very minor. It has no hope of influencing Tony Abbott and his cabinet, many of whom are deniers. They take no notice of papal teaching such as that of Pope Leo XIII.”

(Leo, who reigned until 1903, in explaining why he had re-opened the Vatican Observatory, had said “so that everyone might see clearly that the Church and her Pastors are not opposed to true and solid science, whether human or divine, but that they embrace it, encourage it, and promote it with the fullest possible devotion.”)

Some days later, the Bulletin asked Paul Collins some further questions. What is our responsibility in a case like this where the President of Vanuatu has linked this devastation to climate change?  Should we be doing more than a clean up after the fact and acknowledge the link and the responsibility to mitigate climate change impacts before they get even worse?

Collins responded: “It is clear that the devastation in Vanuatu is the result of very intensified weather systems clearly linked to climate change and global warming. Since Australia is one of the world’s largest coal exporters and that the burning of fossil fuels like coal leads directly to climate change, then Australia must take serious responsibility for what has happened to the Pacific island country.

“Of course we should be doing more to help especially when we export the very substance that is causing global warming.

“Despite this we live with the irony that Australian Prime Minister Tony Abbott told us recently that ‘coal is good for humanity’. Well, apparently it isn’t much good for Vanuatu!”