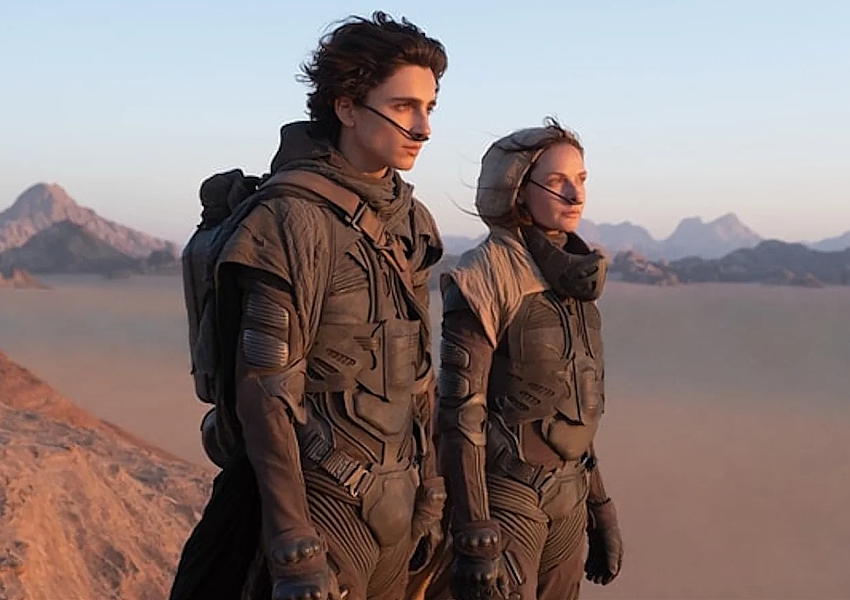 A FUNNY REVIEW OF ‘DUNE’

IF YOU POSSESS some degree of historical awareness in 2021, it is hard not to recognize the influence of extractive colonialism everywhere you look. But you’d really have to be blind not to see it in Dune, the most recent cinematic interpretation of Frank Herbert’s classic 1965 sci-fi series.

The plot’s primary conflict revolves around various aristocratic houses overseeing the harvesting of spice, a powerful psychoactive substance that somehow also facilitates interstellar navigation, from the barren desert planet Arrakis, aka Dune. (I have not read the books, so I’m basing this entirely off having watched the two-and-a-half-hour epic on HBOMax, although it would probably be better enjoyed in theaters). Whichever house is in control of the harvesting — a choice that is dictated by the emperor — benefits from extraordinary wealth and power, because spice is highly valuable. As you can imagine, the natives of Arrakis, the Fremen, do not benefit in any way from this arrangement — in fact, they are at perpetual war with their colonizers.

The family in power of Arrakis at the beginning of the film, the Harkonnens, are clearly bad colonizers. We know this because they are pale and paunchy and bald, and their home palace looks like the Kardashian-West residence in a blackout. Whereas we are supposed to see the Atreides, who take over from the Harkonnens on command of the Emperor, as good colonizers; they are attractive and fit and they have all their hair (and how!), and their British Isles-like home planet’s palace has lots of windows.