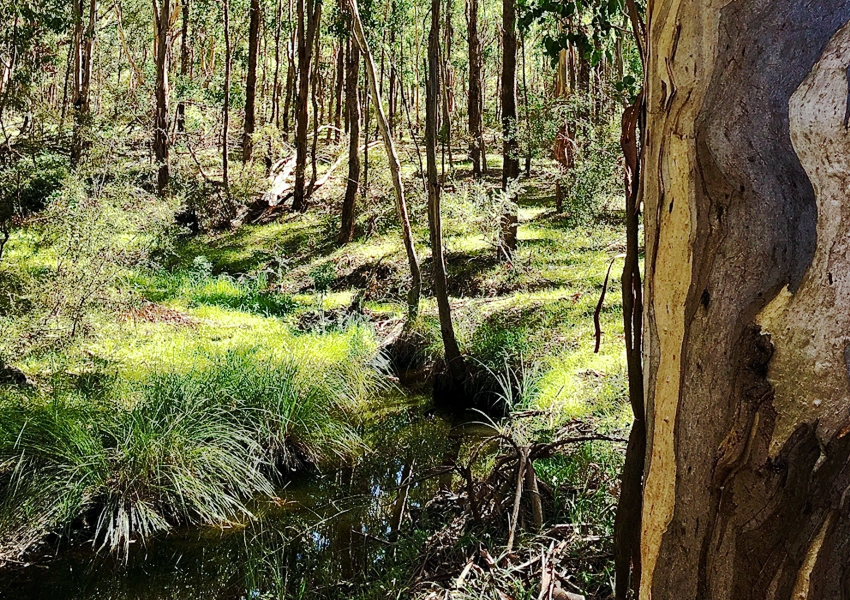 HSI nominated the habitat as part of a broader community in 2010 due to high levels of land clearing and fragmentation reducing its extent by at least 70% since colonisation and greatly impacting the integrity and resilience of remaining patches. The nomination was assessed in four components, with River-flat eucalypt forest on coastal floodplains being the fourth and final resulting EPBC Act listing.

the only vegetation left in cleared landscapes, much-needed refuge for wombats, flying-foxes, frogs and others.

“It has been a long road to federal recognition, but we are thrilled this vital habitat for platypus and koalas — both recently nominated for threatened listings in their own right — will now receive increased protection and conservation prioritisation,” said HSI Australia’s Head of Programs Evan Quartermain.

“Listing threatened habitats provides umbrella benefits to a huge range of endangered species. It could be years before platypus are officially recognised as threatened, but with this decision Minister Ley has made an important contribution to their future and that of many other plants and animals.”

The ecological community occurs on coastal floodplains from around Newcastle in NSW to Sale in Victoria, with a large proportion in the area burnt by the 2019–20 bushfires. Remnants of the community, largely strips along rivers and creeks, are often the only vegetation left in cleared landscapes and provide a much-needed refuge for wombats, flying-foxes, frogs and much more.

The extent of the ecological community also corresponds to country of several Indigenous groups that have occupied the coastal flats, creeks, rivers, estuaries and sea country of the east coast for tens of thousands of years, providing a direct link with spiritual and material culture to Traditional Custodians.

With the listing of River-flat eucalypt forest on coastal floodplains HSI’s Threatened Ecological Community Nomination Program, which has been operating for 20 years, is now responsible for initiating the listing of 40% (36/90) of the threatened habitats recognised under national environment law.

“HSI has long recognised the importance of having a comprehensive picture of the threats to Australia’s ecosystems backed up by legislative recognition, and we are incredibly proud to be behind 40% of the Threatened Ecological Communities listed under national environment law.

While there’s certainly room for improvement with the on-ground protection they afford, these listings provide a focal point for landholders to engage with landscape-scale conservation and receive stewardship and recovery funding through Regional Land Partnership Programs,” Mr Quartermain concluded.