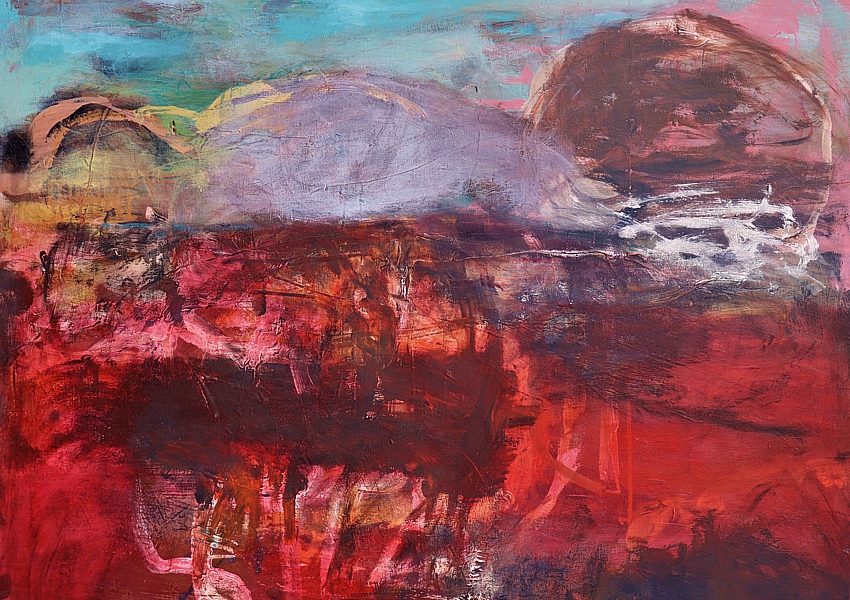 NATALIE POWER SAYS she is a painter because she has to be. “It’s a compulsion”, she says. And visiting her heritage-listed home, it’s clear that it’s a very productive compulsion.

Every vertical surface — the walls, the chairs, the sofa — has canvases lying, leaning, propped up, overlapping — against it. 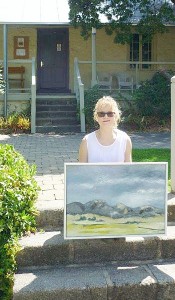 The exhibition takes up three of the exhibition spaces in the gallery — not just because Nat is a prolific creator of serious art, but because she has developed three distinct artistic styles, and has a deep enough catalogue to fill three separate spaces.

Nat’s art includes much recent abstract work (seen above), as well as mixed-media textural explorations, and a number of delicate landscapes inspired by her love of the rugged Monaro.

Originally from Cooma, Natalie lived in Melbourne for some years, where she developed an interest in mixed-media and fabric. She now lives in Cooma, in a historic 1865 house.

The Raglan Gallery at 9 Lambie Street is open Sun–Wed 9.30–4.30. The gallery was built in 1854 as an inn, and then served as a private home, a hospital, and a bank, before being opened by the Cooma Council as a gallery.

“Abstract art has its own rules,” says Nat (pictured here). “It’s like musical composition. Every brush stroke has to be just right. And it’s endlessly satisfying.”