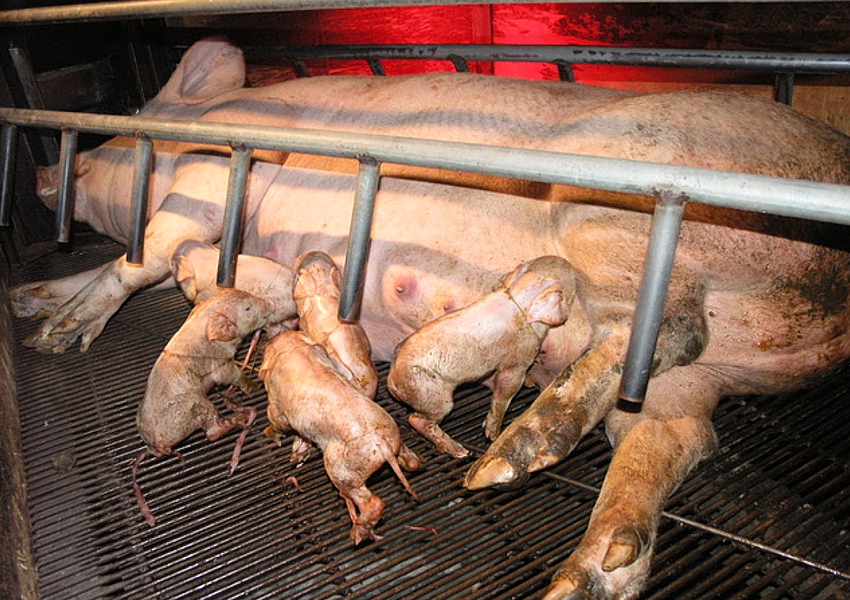 Governments aim to stop protest for animals and the environment

THE CAMPAIGN TO ban the battery cage in the ACT began one September day in 1995, when I showed footage of the conditions at the ACT’s only battery cage facility, and veterinary reports on the birds rescued, to Greens MLA, Lucy Horodny.

The footage showed numerous naked, emaciated birds with red-raw skin on their breasts and vent areas from rubbing again the wire. It showed birds crammed in cages with no room to turn round, stretch their wings, or even reach the food and water because they were trapped underneath other birds that were sitting on top of them. It showed dozens of birds abandoned in the manure pits underneath the cages, starving, dehydrated, covered in manure, and sharing the pit with rats.

This evidence had been obtained by animal advocates who had secretly entered one of the battery hen sheds, recorded footage and photographs of the conditions there, and rescued as many sick and injured hens as they could carry.

Rescuing an abandoned, dehydrated and starving animal from a pit full of waist-high manure, could be subject to fines and goal terms.

Without the evidence collected by that so-called ‘trespass’ and ‘theft’, the ACT Greens would not have brought their first bill to ban the battery cage, nor any of the subsequent bills. The bill which finally banned the battery cage nineteen years later would never have been developed.

Without the evidence from that shed, the ACT public would never have known about the year-long unabating suffering endured by the quarter of a million birds per year held at that facility alone.

Now, the ACT Labor and Green government has announced its intention to jump on the bandwagon with NSW, Queensland, Victoria and the Commonwealth government to prevent the exposure of similar evils in the future.

These jurisdictions have passed — or plan to pass laws — which would treat acts of trespass as orders of magnitude more serious crimes if they happen to take place on a ‘farm’. Rescuing an economically worthless, abandoned, dehydrated and starving animal from a pit full of waist-high manure could be subject to fines and gaol terms that would make the penalties for grand larceny look lenient.

Worst of all, the bills introduce similar penalties for those who alert the public to evidence of cruelty obtained by such actions, even if the people publishing the evidence had nothing to do with the actual ‘trespass’.

Though this legislation won’t stop animal rescuers from going onto farms, in secret, to obtain evidence of cruelty and rescue abused animals, it will make it harder to disseminate that evidence to the public that votes and buys groceries.

But, aside from the impact on animals and their advocates, the new laws are fundamentally unjust.

Unjust to the rest of society

Why should minor offences such as trespass and petty theft be treated so much more severely when the ‘victim’ is a farmer than when it is any other property-owning Australian? Furthermore, why should people who break laws in order to right terrible wrongs be treated more harshly than people who commit the same offences for reasons of malice or personal gain.

The legislation seems to have two purposes and both are alarming: (1) to cover up evidence and silence dissent on matters where the public have every right to know the truth, and (2) to protect the very worst of Australian farmers from the well-deserved consequences of their inhumane practices.

Recently, heavy-handed tactics by government to silence dissent have not been not confined animal advocates. Similar penalties have been introduced for people ‘trespassing’ on coal mine sites. We are also seeing an escalation in the persecution of government whistleblowers such as the medical observers in Nauru. When a government resorts to persecuting people who expose evils in which the government is complicit, it concerns everyone.

The other objective of the legislation is to protect ‘farmers’ (specifically animal farmers and mainly intensive animal producers) — as though farmers are something special.

Many troubling issues are raised when one sector of the farming community is singled out for legal protections not given to other commercial operators in Australia.

Most of the cruelty involved in animal agriculture is both inherent and lawful.

It is inherent because so many animals are produced at a facility that economies of scale operate; losses of individual animals to injury, disease, dehydration and starvation, can often reach as high as 20% before the producers’ profits start to seriously suffer.

It is lawful because every jurisdiction in Australia has exemption clauses in its animal welfare law for certain classes of animals, predominantly farm animals and wild animals.

In NSW, this exemption takes the form of a series of explicit exemption clauses for ‘stock animals’ from the protections of the Prevention of Cruelty to Animals Act (eg sections 9, 21 and 23 of the Act). There are also regulations and codes of practice which permit acts of cruelty which would otherwise be prohibited by the Act.

In the ACT, Section 20 of the Animal Welfare Act provides a blanket exemption for all cruelty inflicted on animals if the cruelty is in accordance with an Animal Welfare Code of Practice.

Codes of Practice for farm animals and wild animals (both native and naturalised) endorse whatever farming or ‘management’ practices are the status quo, irrespective of how cruel they are. This is also how the ACT government gets away with the cruelty inflicted during its annual kangaroo slaughter.

The good old days when farm animals had room to breathe

A letter to the Canberra Times puts in perspective what has been lost by current animal husbandry practices being protected by governments. Jack Palmer of Watson wrote:

“In my childhood my mother raised pigs. They were delightful and intelligent creatures; always of interest to visitors.

“Cruelty to domestic animals can be subject to prosecution. It is time that industrial-scale animal producers are made to comply with these laws…

“A well-run animal industry has nothing to fear if it invites visitors in. Humane methods would bring good publicity and better sales.” 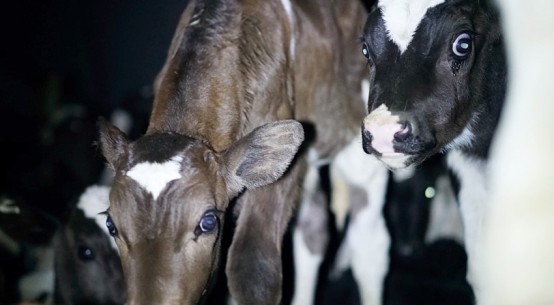 Cry for the Voiceless