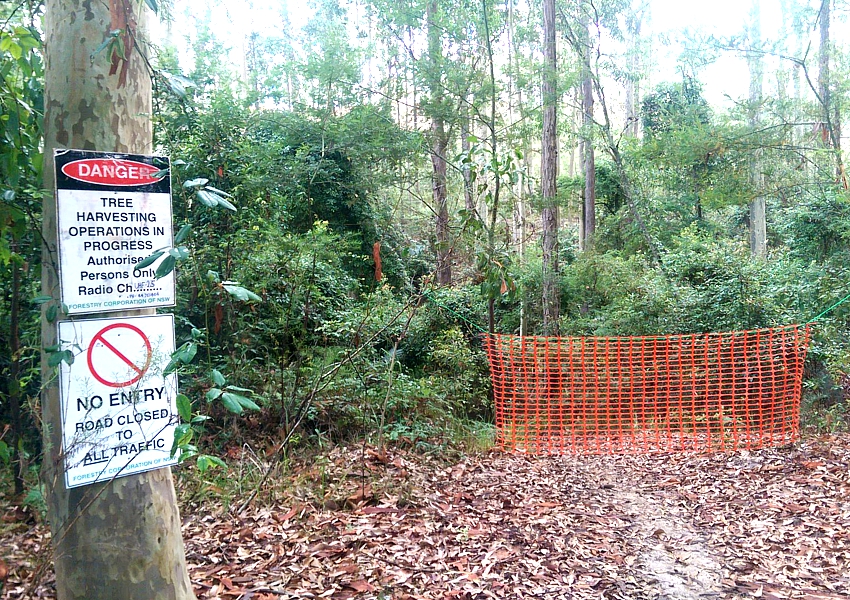 SOUTH COAST conservationists have declared the UN International Forests Day [21 March 2018] as a day of shame for the NSW Forestry Corporation and the NSW Government because of the systematic destruction of South Coast forests.

“They have systematically strip mined the South Coast forests for logs from Eden to Nowra for nearly 50 years and caused immense damage to nature. It is industrial logging at its worst – smash and grab as much as you can, as quickly as you can and then move on before the community really understand what they have lost. Shame on Forestry Corp.”

“Yet the Forestry Corporation, logging industry and the Government are determined to bulldoze through new 20-year Regional Forest Agreements (rotten forest deals) that will operate under even weaker environmental regulation. They plan to turn the forests into stick farms to fuel power stations, supply the Eden Chip Mill with woodchips for paper pulp and provide firewood to Canberra and Sydney.”

“Forestry is now so desperate for logs to meet its unsustainable sawmill contracts for woodchips to the Eden Chip Mill and commercial firewood that it has commenced to log intensively the sight screens along the Princes Highway and close into coastal towns like Mogo, Batemans Bay, Moruya, Narooma and Bermagui.”

“This is disgraceful, almost the last potential Greater Glider (recently added to the Federal threatened species list) and Large Forest Owl habitat areas are being systematically clear felled. These areas have been off limits for decades so Forestry could hide the real impact of logging from locals and tourists. Words cannot properly describe the appalling forest operations, people have to see for themselves.”

“However, our local members of parliament, particularly senior NSW MP Andrew Constance remain silent and missing in action. Indeed Mr Constance has suggested that he sees it is appropriate to log the forest habitat of the only remaining group of Koalas on the South Coast, the so called Murrah Forest Reserve between Bermagui and Bega.”

Spokesperson for the Friends of The Forests Mogo, said, “On this International Forests Day, nature-loving locals are shocked by the recent logging of the spotted gum forest in the hills behind Batemans Bay, Malua Bay and now Mogo Village.”

“Forestry Corporation cannot be trusted to honour even the minor concessions it makes to the community. They started logging a week ago at Mogo and the first thing they did was log into a 10 metre buffer zone that they had agreed to keep along the edge of the Bicentennial Nature Trail behind the Gold Rush Colony at Mogo Village.”

“Locals are outraged they have ignored community concerns about loss of large trees that forest animals live in, the impact on businesses which depend on tourism and the greatly increased fire risk from the dead tree tops and other logging “waste” that is left behind.

IMAGE: Logging has started behind the Gold Rush Colony, Mogo. The nature trail has been closed for 7 months and contractors have logged up to the walking path — breaching the promised 10m buffer. Image supplied. 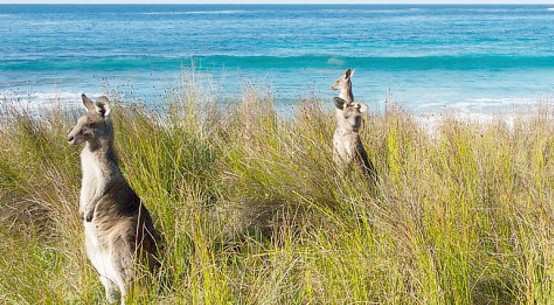 ‘Pests’ that regenerate the land