Skip to content
You are here
Home > Feature > Debt and deficit saga: What $$ and sense in Queanbeyan/Palerang? 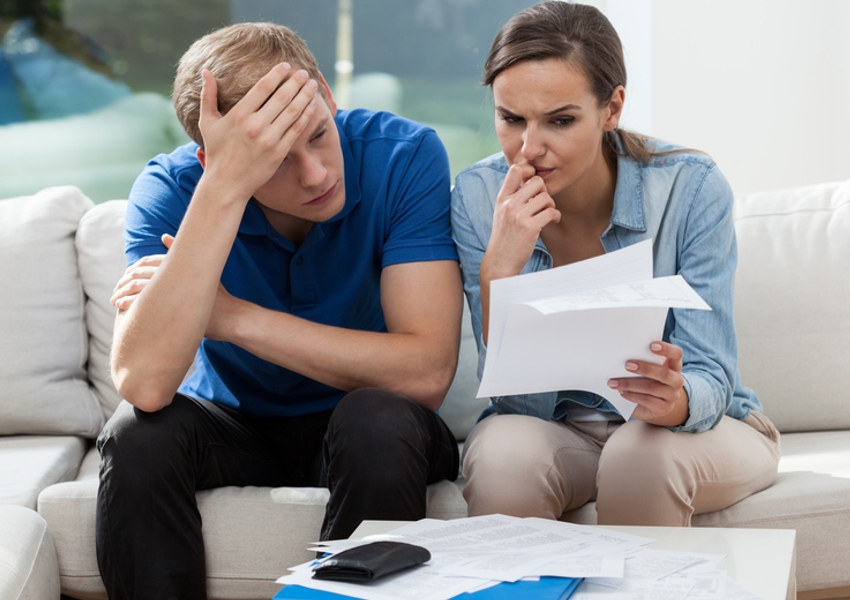 WHEN THE NSW government was trying to sell forced council mergers to sceptical voters in 2016, its justification was that it would mean we’d be financially sustainable, or in the jargon of the time, ‘Fit for the Future’.

But the promise couldn’t be kept. Still, the NSW Government cracked on, sacking Palerang and Queanbeyan councillors among others.

Five years after the merger and we are anything but ‘Fit for the Future’. Queanbeyan-Palerang Regional Council (QPRC) is groaning under the weight of growth that it has actively pursued. Debt is rising, services are being cut and the merged council is facing enormous rate rises.

The council’s current operational plan proposes cuts in spending but has a large structural deficit. To address this, it has proposed steep rate increases. In early October, councillors were asked to endorse a special rate variation (SRV) that would increase rates by a staggering 27.8% over three years.

If eventually passed, the rate increases will see QPRC’s residential rates go from being comparable to those of similar NSW councils to being well above. Meanwhile, the NSW Government is planning to change the way developers are levied to pay for the facilities and services arising from their projects that could leave local communities even worse off.

One of the drivers of the increased rates is more council management. Since the merger, QPRC has added an extra layer of senior management and a chief executive officer being paid about $400,000 a year. These high salaries have reduced any savings the merger might have delivered.

How did we get here? Include structural local government problems

Some of the problems QPRC is facing are part of a bigger problem with the way local government is funded. State governments expect councils to do more with less. QPRC is one of the fastest growing areas in regional NSW. It says the costs of its rapidly growing population are always ahead of the rate revenue increases related to  to growth.

Another cost pressure is the fact that Australian government funding for local government has not kept pace with Commonwealth taxation revenue growth and has halved as a proportion of it since the mid-1990s. The Australian Local Government Association, the peak body for local councils, has called for the grants to be restored to at least 1% of Commonwealth Taxation Revenue (double today’s percentage).

QPRC argues that other factors forcing up its costs have included: the four-year rates freeze imposed on merged councils (that finished last year); the equalisation of services across the merged council; growth in council assets; and the damage that recent fires and floods have caused in the local government area (LGA). New facilities and infrastructure like roads and playing fields, must be depreciated and eventually replaced adding to the costs.

The council itself admits in its long-term financial plan that it “has not achieved a financially sustainable position”.

Importantly, the forced merger did not resolve these issues. On top of this, QPRC has become heavily reliant on grant funding, which now accounts for almost half of its revenue. This might sound good but often the grants are for projects that are not council priorities and some require matching financial contributions.

How does QPRC’s balance sheet compare?

The Your Council website provides a snapshot of QPRC’s revenue, spending, assets and other categories and compares them with similar councils across NSW (such as Albury, Bathurst and Orange). Amongst other things, it shows that QPRC has higher than average population growth and development applications along with higher water fees. But it also shows our council has lower spending on crucial community services.

At the time of the merger, combined Palerang and Queanbeyan council debt was a relatively low $40m. This more than doubled by 2019–20 mainly because QPRC borrowed $36m to build the Ellerton Drive Extension. By 2023, QPRC is projected to be carrying debt of about $270m after further borrowing $73m for the new council admin building and $46m to upgrade Queanbeyan’s sewerage plant. By 2023, QPRC’s debt will be nearly seven times what it was when the merger happened which will result in QPRC spending more of its revenue on debt servicing than similar NSW councils.

To address its projected $6.5m operating deficit for 2021–22, council axed spending on a range of projects and programs from fixing the leak in the Captains Flat pool to a donations program for local community groups. The council has also raided its water and sewerage fund dividends to help plug the gap, to the tune of $1.3million this financial year.

When the Independent Pricing and Regulatory Tribunal assessed Queanbeyan council’s request for a Special Rates Variation in 2010, it considered whether ratepayers could afford it. It looked at average income which is high in Greater Queanbeyan because of the number of people in well-paid public service roles. But this isn’t a true reflection of the real capacity to pay across the council area.

According to the Your Council website, about 10% of QPRC’s rates and charges are outstanding suggesting that many people are already having trouble paying their rates and charges. This is a higher proportion than for similar councils in NSW. QPRC says the value of outstanding fees and charges was $7.2M at 30 June 2021, with legal action to recover payments stymied by COVID.

With people still getting on their feet after the bushfires and more than a decade of suppressed wages growth and COVID costs, big hikes in rates and levies will add to the financial burden and likely increase the proportion of outstanding rates and charges.

Council staff have acknowledged the potential hardship of steep rate rises under the proposed SRVs presented in October, recommending that the pensioner rate concession available to Queanbeyan residents be extended across the entire LGA. Additional hardship provision should also be explored.

QPRC’s finances are in a vulnerable state. In 2016, as the merger was happening, accountants Percy Allen warned that the merged council’s finances would be ‘unsustainable’. But before QPRC hits ratepayers with the proposed increases, the incoming council needs to conduct a thorough review of debt, expenditure and revenue, and reconsider its strategy of endless growth.