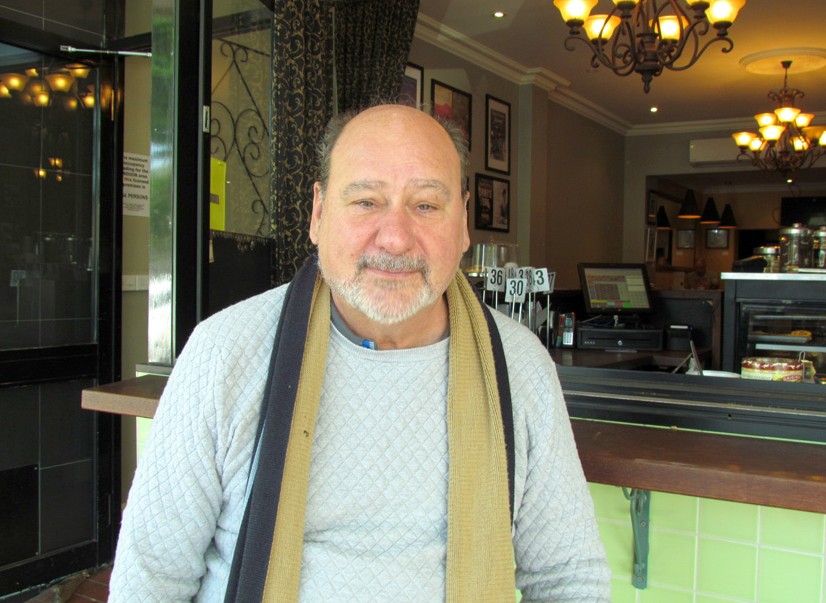 From NSW Upper House to China: Mark Pearson gets the evidence and changes minds

The Bulletin’s Maria Taylor recently caught up with Mark Pearson, the first NSW Legislative Council representative for the Animal Justice Party (AJP), a significant milestone for the party.  The AJP in NSW now has 3000 members and counting, along with members in other states and plans to mount a campaign in the next ACT municipal election.

Mark Pearson, onetime opera singer, psych nurse and long-time animal campaigner, now sits on the NSW upper house cross-benches, across the aisle from Christian Democrat Fred Nile, who, thanks to personal diplomacy, has pledged to support some of Pearson’s animal-friendly legislative motions.

“My job is to turn mindsets around,” says Pearson. A first step, the livestock protection amendment bill, calls for sprinklers to be installed in all intensive animal operations with an eye on the increasing heat and drought besetting the landscape, as well as increasing bushfires.

Pearson’s motion also calls for remote alarm systems in facilities, as well as installation of CCTV cameras, including in abattoirs. “That gets around concerns about activists getting onto properties,” he says.

Building on a history of successful forays to alert international markets to the food contamination and welfare horrors of the state-supported, but private-profit kangaroo meat and hides industry,  Pearson last year travelled to China.

He took with him Uncle Max, an Aboriginal elder from Sutherland area in south Sydney and a film crew. They travelled on the tail of a Barnaby Joyce–led federal government trade delegation, which promotes Australia’s wildlife meat and hides trade as a great thing.

Pearson and ecologist Dror Ben Ami have bedevilled government campaigns before. They were instrumental in the Russian review of that country’s kangaroo meat purchases, which eventually resulted in the Russians withdrawing from the market for hygiene reasons. Russia banned kangaroo meat because of  contamination in  2009, 2012 and again in 2014 according to a background report on the hygiene findings.

Pearson and fellow animal advocates have been documenting hygiene issues and welfare issues since they first travelled to Russia and the European Union in 2007.

Helped by some whistleblowers in the rarely-monitored bush killing fields, they were able to document enough instances of “chillers falling apart, blowflies everywhere, maggots’ everywhere,” to assemble a convincing dossier. “That’s when the campaign became international,” says Pearson

The issue for consumers is food contamination, he says.

The strategy has been to also analyse meat samples from Australian supermarkets. This was repeated last year before the China trip. Pearson reports they again found notable E.coli levels in many samples and salmonella was present in some.

Another marker of a hygiene risk, he says, is when the meat has been soaked in acetic acid, vinegar, to lower the bacterial counts. The European Union, which has been sold “gourmet steak stuff”, won’t knowingly allow meat that has been treated with acetic acid, but relies on Australia to be honest.  Acetic acid use also concerned the Chinese, says Pearson, with the Chinese having just come through two food scares involving dairy and dog meat. They want more data on hygiene.

He says the Chinese are also internationally embarrassed at how they are seen to be treating wildlife for products from ivory to bear bile.

Uncle Max was asked why he had come to China. He told those who asked that killing and taking away Australia’s iconic kangaroo was also an insult to Indigenous people, to himself who considers the kangaroo a totem.  Pearson said Uncle Max hit a nerve when he said the trade would bring a curse with it. And he asked: “Do you want me to eat your panda?”

The casual disdain of many Australians for their national icon (that fascinates tourists in their millions) is part of the problem. It allows the industry to convince people with its own stories of ‘pest eradication’ and ‘sustainable harvesting’. After all, the kangaroo is not yet an endangered species like the panda, or Australia’s koala – which went through a similar decimation for its skin and fur early this century and never recovered.

This common disregard for welfare was sketched vividly by no less than leading kangaroo industry figure Ray Borda.  According to Pearson, Borda showed up in his office with a bag of bullet fragments that processors found in kangaroo meat.  The point was that regardless of an official and somewhat regulated industry, too many Australian hobby shooters and landholders like to blast away at the animals anyway.

Pearson reported that in China they met with representatives of the ministries of agriculture and human health, representatives of trade and commerce and with four activist groups.  The good news is that they were shown figures that in the 18-40 year age group, 73 percent indicated concerns about animal welfare (as well as about health). “There is a shift in consciousness in China”, believes Pearson.