Skip to content
You are here
Home > Region > Coast Report > Dreamtime: Then, Now and Forever 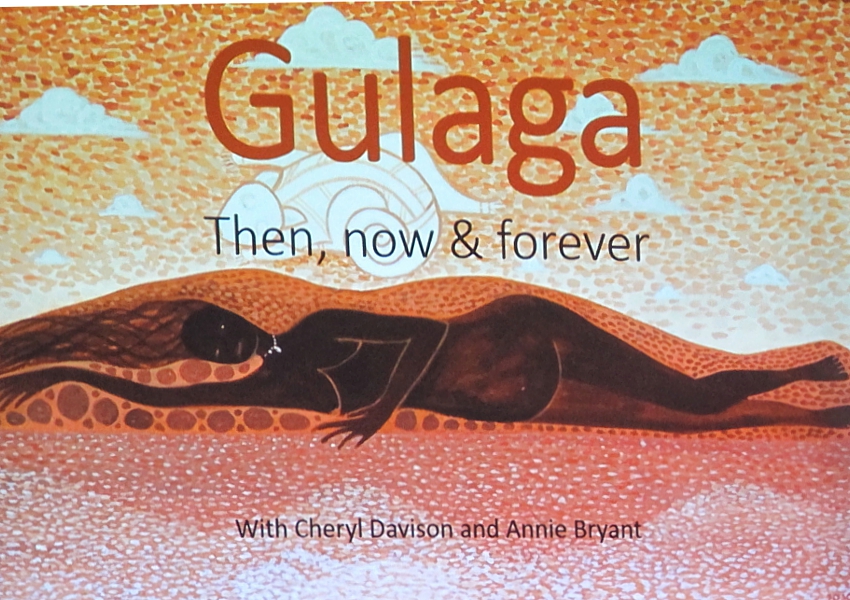 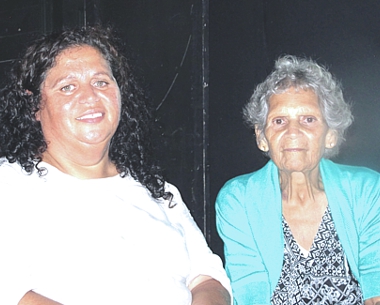 CHERYL DAVISON, an Aboriginal woman from the Yuin tribe, displayed her natural gift for story telling at a recent friendly gathering in the Tilba hall, where she captivated her audience with Dreamtime stories illustrated with screen projections of some of her beautiful art work.

Cheryl’s Mum (pictured here with Cheryl) gave a ‘Welcome to my Country’ speech in keeping with the informal tone of the meeting. Later she told of Cheryl’s on-going fascination with the Dreamtime stories of her elders, especially her beloved grandfather. Family photos showed a large, proud family, able to trace their ancestry back for many years of living in the district.

One of Cheryl’s earliest works, an engraved lino tile made when she was homesick for Gulaga (mountain), was the first public acknowledgement of her talent. (It is now in the NSW Art Gallery.)

In an interview with Valerie Faber, owner of the Bodalla Art Gallery, Cheryl had said, “Painting for me is never forgetting the past: to be proud of my heritage and culture. Aboriginal people today still grieve the loss of culture and country.  It’s through my work that I’m able to keep the south coast stories alive.”

While her work is distinctly Aboriginal there is a strong contemporary influence. Already an established artist, Cheryl was nevertheless thrilled to learn that the emblem she designed for the Sydney Swans players in the 2018 AFL indigenous round was chosen for this popular sporting event.

Cheryl’s family stories were loving and matter-of- fact and told with gentle humour. They included memories of sadness, abuse, hard times and grieving, but were told without anger or bitterness.

Cheryl was accompanied on stage by non-Aboriginal folk singer, Annie Bryant, who had been invited to tell  a “white fella” story of first contact, which she did with considerable charm and the full attention of the audience, including  children of various ages, sizes and backgrounds, sitting  on mats at the front of the stage.  In the words of Annie’s song: “When I see you I remember … just how much this country means to me”.

Gulaga, [located near Tilba, previously known in white fella parlance as Mt Dromedary] has spiritual significance to Aboriginal people, especially to women who traditionally regard it as a place of birth. The mountain has been a source of fascination and mystery to outsiders as well, especially when it is shrouded in mist and cloud. Cheryl likened this cloud to a possum cloak – the totem of her tribe.

Gulaga was sighted  by Captain Cook  as he sailed up the coast in 1770; the extinct volcano, which rises 797 metres above sea level,  was named  Dromedary because of its camel-like humps. However it has always been Gulaga to the local Aboriginal communities on the South Coast and in 2006 it was officially given back its original name when the NSW government formally assigned its management to them.

Visitors may climb Gulaga and capture some of the natural beauty and magic of the mountain when they follow an old gold mining track that starts from Pam’s General Store, Tilba. It’s a fairly steep track, overgrown in parts but climbers will be rewarded with spectacular views to the coast, cooling rainforest near the summit, and native wildlife along the way. 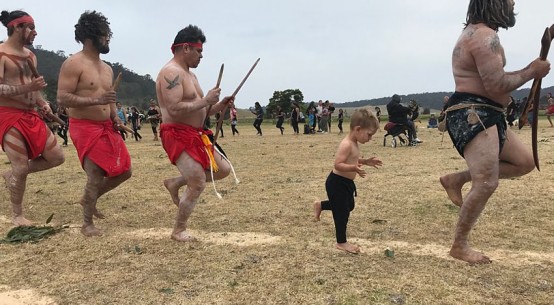 Care for the Earth, respect the land — timeless message

One thought on “Dreamtime: Then, Now and Forever”