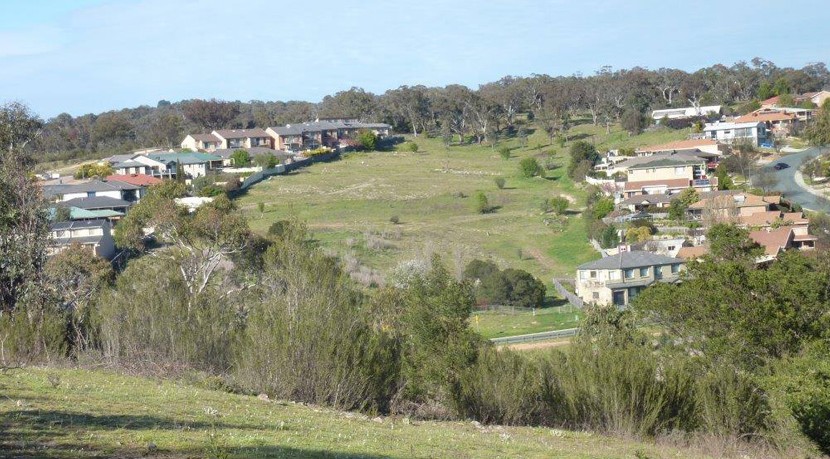 Last chance for a say

Claire Cooper, Greenleigh Residents Group, analyses the latest ‘species impact statement’ released by Queanbeyan Council on the effects of the Ellerton Drive Extension (EDE) road proposal. She urges her fellow citizens to comment to council before the 3 April deadline.

They say the world is run by those who turn up. And this looks like the last opportunity for Queanbeyan residents to have their say on the proposed Ellerton Drive Extension.

Queanbeyan residents who love their town, and do not want to see it destroyed by an ineffective and damaging road, need to turn up now. Here’s why.

The Queanbeyan City Council has released a revised ‘Species Impact Statement’ on the proposed road for public comment by 3 April 2016.

The Council has announced that design changes to the project have resulted in the road footprint increasing in size, forcing a revision of the original species impact statement which is now over a year old.

The subject site has now nearly doubled in size, increasing to nearly 50 hectares.

Importantly, there are four new sites, totalling 7 hectares that will be disturbed and impacted, to accommodate additional construction compounds and material stockpiles.

These stockpiles will be very close to residential areas.

The $100+ million project would adversely affect the lives of thousands of residents along its path, socially and financially. There will be economic and environmental losses for the whole town, as I discuss below.

There are other viable, more effective alternatives such as Dunns Creek Rd, the Northern Bypass, and the long awaited development of an integrated transport strategy for Queanbeyan.

Neighbourhood impacts  – the road is not a bypass

The proposed Ellerton Drive Extension had long been promoted as a bypass by Council. It is clearly not a bypass, because it routes traffic, including trucks, through at least four Queanbeyan residential areas.  Even Council now acknowledges this.

If it goes ahead, there will be significant adverse social impacts for residents living nearby, with substantial noise, vibration, light, and dust pollution in residential areas.

The estimated cost of this project has already risen rapidly from being “fully-funded” in 2014 at $43 million, to an estimated $90m-$115m. This excludes the millions required to construct eleven additional intersections needed to make the EDE less ineffective.

Queanbeyan Council has stated on the public record that ratepayers will be taking on the financial risk of a $40 –$50 million Council loan to cover the up-front construction costs, (according to council to be repaid by developers in 20+ years time).  What are the risks to other commitments as public debt adds up?

How much larger will this loan have to be?

What infrastructure projects might residents in this town have to forego because we will not be in a financial position to fund them in the future?

Our Council is being forced to contemplate amalgamation with Palerang because it is deemed “unfit’ by NSW in its capacity for resources and services. Council has recently gone further into debt with the $10 million Queens Park refurbishment.

Our rates are already among the highest in NSW outside of Sydney, and Queanbeyan Council has factored into its 10 year financial projections, water and sewer rates increases of up to 13.5% each year to 2023.  How much higher are our rates likely to go to also accommodate repayments for a $50m loan for this road?

Modern research into the economic benefit of bypass roads is far from conclusive. Many “by-passed” CBD businesses suffer adverse economic impacts in the short to medium term. Traffic levels and congestion often return to pre-bypass levels in the medium term.

This begs the question, why spend an obscene amount of our money and put the town further into debt for a road that will be ineffective in solving Queanbeyan’s traffic problems?

It will have irreversible adverse social and environmental consequences for the town, and have little, if any, long-term economic benefit.

The EDE footprint bisects the Eastern Escarpment, an area of unique natural beauty which Council has frequently prided itself on preserving.  If managed carefully this could provide Queanbeyan with a potential source of tourism revenue.

Unfortunately, Council is selling off an opportunity to capitalise on these natural attractions which are right on our doorstep.

Environmental impacts of this road cannot be “offset”

The revised species impact statement readily admits that the increased footprint of the road will have a great impact on a number of threatened species and habitats including:

Council plans to deal with the impacts on these species and their habitats by finding similar parcels of land to offset the destruction along the EDE footprint.

Unfortunately, and in contradiction with best practice environmental guidelines, the proposed offset lands are either already in protected areas (in which case it is not an offset), adjacent to the proposed EDE with associated risks for wildlife, or (significantly) along the proposed Dunns Creek Rd alignment.

Animals do not just get up and successfully relocate when their habitats are destroyed. Instead they die, either on the roads as they try to move, or because there is simply no unoccupied habitat for them in adjacent areas.

Council is making a mockery of an environmental offset process which is already flawed, and the result is a net loss to our local environment, and to the ratepayers of Queanbeyan who enjoy it.

With just ten individuals interviewed, out of the thousands potentially impacted, the consultant cancelled three meetings with community groups known to oppose the EDE including the Greenleigh Residents’ Group, the Jerrabomberra Residents’ Association, and the Queanbeyan Conservation Alliance.

Our understanding is that Council is very prescriptive about what communications with residents it will consider as part of its consultation process, telling some residents that EDE-related correspondence with the Mayor and councillors may not be included in the final Submission Report.

It is worth noting that the NSW Office of Environment and Heritage (OEH) is required to provide its concurrence to the proposal before councillors can make a decision on whether the project should be built.

The OEH is legally required to take into account all submissions received on the development, the Species Impact Statement, and the likely social and economic consequences of the proposal.

Concerned residents who plan to make a submission are urged to send a copy to both the Queanbeyan Council, and the NSW Office of Environment and Heritage.

The amended Species Impact Statement can be viewed online at: http://www.qcc.nsw.gov.au/Articles-for-documents-on-exhibition/Proposed-Ellerton-Drive-Species-Impact-Statement-addendum or at the Queanbeyan Library.