From the Bulletin’s archive …

Carnival glass easily catches the eye because of the beautiful bright colours and the lustre finish.

Carnival glass is created using a mould, and has had a coating of liquid metallic salts applied after it has been taken from the mould to give the surface an iridescent lustre.

The Carnival Glass Collectors Association of Australia Inc. provides a wealth of information about carnival glass, its origins, and its history.

The American company, Fenton Art Glass Co, was founded in 1905 by Frank and John Fenton, and is credited with being the first producer of press-moulded iridised glassware, now called carnival glass. Thus the home of carnival glass was the USA, but it was also produced in England, Europe, Central and South America, India, China and Australia.

Carnival glass by Crystal Glass Company Limited was made primarily in two colors – ‘marigold’ and ‘dark’. ‘Marigold’ is an orange iridescence on clear glass, while the base glass of ‘dark’ can very from light purple through to black, with a silvery iridescence. A few aqua based marigold pieces exist, and these have a light aqua color to the glass around the base only.

Poor man’s Tiffany and how it got named carnival glass

During the ‘prime’ carnival glass era, the glass was referred to by various names including iridescent glass, poor man’s Tiffany, Imperial Jewels, Imperial Art Glass, taffeta, lustre glass, Aurora and even rhodium ware. It was sold as a cheaper alternative to Tiffany glass through stores such as Woolworths in the USA, with prices usually less than $1.

By 1930 the initial popularity of the glass ware had started to fade, and so businesses started to offer the glassware as bonuses for purchasing other items, eg, one sugar bowl with every 24 pound bag of flour, and so forth. It also appeared as prizes in carnival side shows, and thus the name ‘carnival glass’ emerged, and stuck.

Of all the companies that originally made carnival glass, worldwide, only the Fenton Art Glass Company continues today, although the prices are somewhat higher than their original products.

Current values of carnival glass vary dramatically depending on the maker, the pattern, the colour, when it was produced, what condition it is in, and which market it is being sold in. 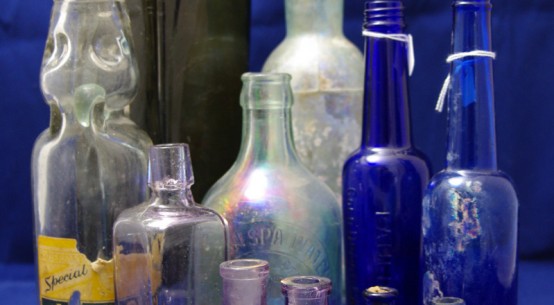 One thought on “FESTIVE CARNIVAL GLASS”