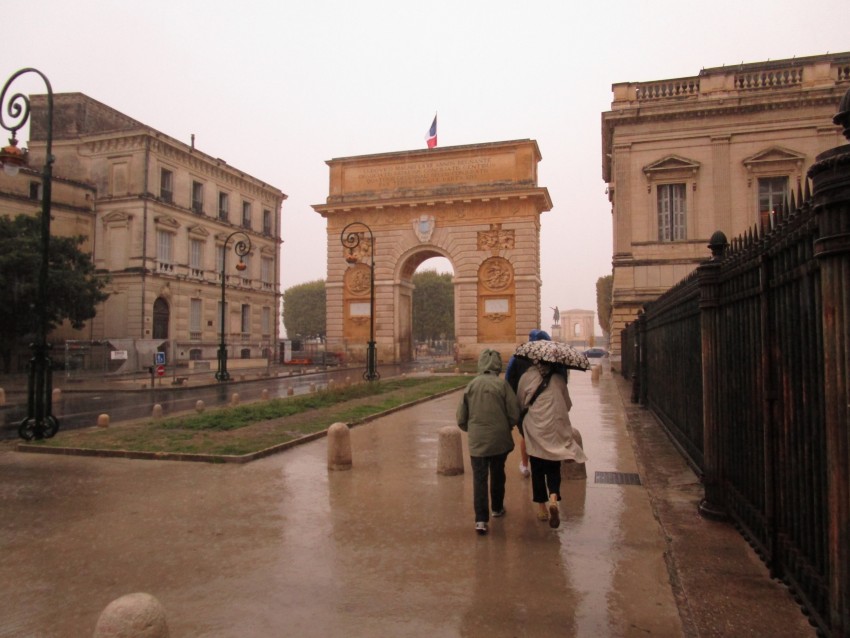 Further European adventures with Mavis Davis and the Princess

Into France with rain of biblical proportions

We had left Italy after another magnificent buffet breakfast. Again, many spare bread rolls and salami slices were secreted away into capacious handbags, to provide a snack later in the day.

A very long day in the bus after leaving Turin and following the coast road, but we were rewarded with very dramatic scenery. Naturally the photos we took through the bus window did not do it justice: magnificent Alps on the right and stunning beach and Monaco on the left, with some very treacherous roads below. France at Last!

A quick stop at Aix-en-Provence. We were amazed at how many youth were hanging around aimlessly and how dirty everything looked after pristine, elegant Turin.

Another two hours of rather flat, farmland scenery until we reached Montpellier.  A leisurely walk through Montpellier’s lovely main square, Place de Comedie, purportedly the largest square in Europe, noting Montpellier’s funky multi-coloured trams and wondered what tomorrow might bring…

Rain!  It had been raining heavily all night. Wanting to get the most out of every moment a couple of us decided that a very staid one hour bus trip to see the sites would keep us dry but still satisfy our tourist cravings. The deluge increased and after viewing only a couple of attractions, the bus driver had to abandon the route – influenced by some cars floating away as the waters rose.

The nightmare continued for three hours as the driver tried several routes to get us to the safety of our hotels. Every time the bus braked, a waterfall that had been accumulating in little troughs meant to collect window condensation soaked some poor British tourists sitting in the front seats for a better view.

The waterfall inside the bus increased, building up to burst out at the back of the bus, again soaking the same British tourists who had fled to the back row for safety.  Cars and trucks were abandoned everywhere.

Our heroic bus driver resorted to driving on the wrong side of little side roads if we weren’t stuck in traffic jams of epic proportions, working up a sweat in an attempt to get his charges to safety.

At one point a nervous passenger alighted to have a couple of therapeutic cigarettes and got back on no problem as we hadn’t moved. Another passenger fled for a mercy dash to the ablution facilities but as we had only moved a few feet was able to get back on the bus of terror.

We crossed the River Lez several times, expecting that the next time we saw it the banks would be broken and Noah’s Ark would float by. Eventually our hero dropped us all at the railway station, from which thousands of people spilled as all trains and trams had stopped running long ago.

The Princess and I braved the relatively short walk back to the hotel, bickering about directions, guided by a very soggy map, and arrived soaked through and shivering. No sumptuous meals for us that evening. A stale chicken sandwich and a packet of nuts from a vending machine had to satisfy our hunger as we tried to dry our sodden clothes.

News reports were that 180mm of rain fell in two hours in the Montpellier region. At least that’s what I thought they said as it was in French. Either that or ‘the pen of my Aunt is on the table’. 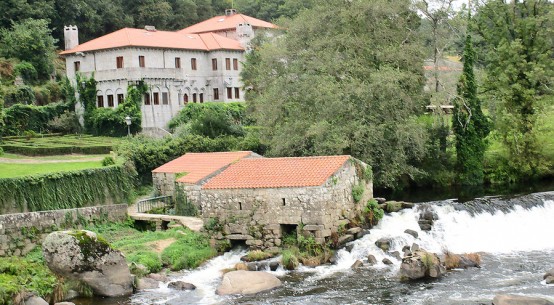