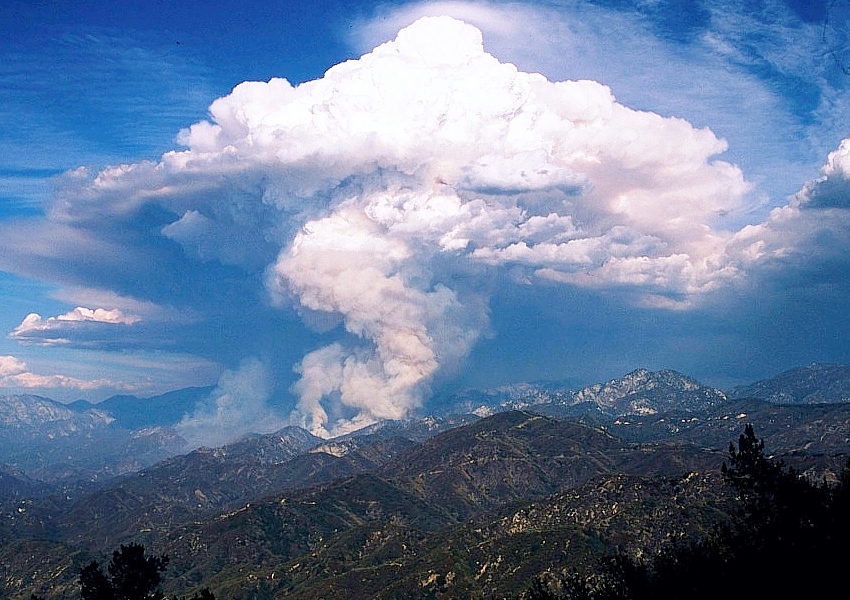 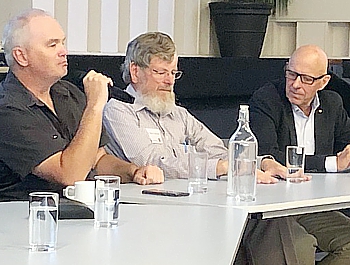 ‘LESSONS FROM THE fires’ was the topic that attracted more than 60 people to a public meeting with a panel of three experts mid-March at Cooma’s Ex-Services Club.

First up at the meeting, organised by Climate Action Monaro (CAM), was Dr Kevin Tolhurst of Melbourne University, familiar from many appearances on the national media. Dr Tolhurst argued we need better-managed fires, rather than fewer fires. The issue, he said, is not firefighting as such, but better land management.

Fire, said Dr Tolhurst, is as important in the landscape as rainfall. However, it must not be allowed to burn unchecked, and he suggested that “patchiness” of fire is of critical importance to achieve environmental sustainability.

The challenge is that fires must not be allowed to become mega-blazes (as they did in the last season in remote areas of parks and bushland) but do need to cover large areas in a sort of piebald way with low scorch heights.

He said that fire is not just the immediate flaming area, but the smoke, the plume, and the atmosphere. Prescribed burning, or hazard reduction (HR) burning, is an important component of fire management, especially in the context of changing climate.

As the climate is changing, and weather patterns alter, it’s become clear that climate change itself must be managed.

Dr Tolhurst gave many examples of the effects of fires of different intensity, and stressed that HR burning is ineffective if it is not carried out thoroughly. At present, only about two percent of the landscape is ever burned, while for HR burning to achieve its objective, at least five percent of the country needs to be burned.

What do we know about “extreme” fires?

The second speaker was Professor Jason Sharples of the University of New South Wales (Canberra), Chief Investigator on two ARC Discovery Indigenous Projects and Project Leader for the Bushfire and Natural Hazards CRC’s ‘Spot Fire’ Project, who spoke about the increase in the number and extent of ‘extreme fires’ and pyrocumulonimbis events.

Historically, there have been some very large fires covering large areas, but these were not always “extreme”. An extreme fire, in his definition, is always pyroconvective — that is, the fire and the atmosphere become linked in a way which influences the behaviour of both of them. When this itself becomes extreme, the result is a pyrocumulonimbus (pyroCb) event which involves violent interaction between fire and an unstable atmosphere.

Expecting a bushfire to advance in an orderly line, even the familiar ‘wall of flame’, is no preparation for the powerful and chaotic forces of a pyroCb event.

A community which expects a bushfire to advance in an orderly line, even the familiar ‘wall of flame’, will not be prepared for the powerful and chaotic forces of a pyroCb event. It may be impossible to defend against turbulent ember attack, he said.

Professor Sharples said that Australian climate and bushfire science has many decades of history, but the satellite observation dating from 1978 has allowed detailed records of atmospheric events.

PyroCbs occurred just twice (with two more “possibles”) between 1978 and 2001, but since 2001, another 78 pyro Cb events have been logged, with no less than 18 in March of 2019. Another 30 pyroCbs have been recorded in Australia since September 2019, with a further 15 possible storms still being investigated.

Other factors, such as prevailing north-westerly winds and Australia’s unique topography are major factors in our bushfire history.

The concept of ‘ruggedness’ has only recently been studied, but there is increasing evidence that topography has far more influence on fire behaviour than was once thought. Professor Sharples cited recent housing developments in the ACT where many thousands of homes would be put at risk by a combination of land form, prevailing winds, and dangerous ember attack.

The main concern, he said, is the impact of climate change on weather, on fuel, and on atmospheric instability.

According to Mr Dunn, the science of climate change is recognised and well understood. The problem, he said, has been in the response. There is an immediate need, he said, to recognise the importance of cutting emissions and the short time available for us to do this.

Mr Dunn is a resident of Conjola, the NSW coastal town where three lives were lost and 89 homes destroyed. He gave a graphic account of his own survival during the fire-storm, and the survival of his own home which was saved by two water-bombing helicopters (whose efforts were severely hampered by the number of small boats and jet-skis which had taken to the river, making it almost impossible for the helicopters to draw water).

This illustrated, said Mr Dunn, the essential nature of planning for emergency events, with fundamental decisions needing to be made such as: who creates such emergency plans, and who pays for their updating in the face of climate change?

Mr Dunn spoke of a storm of wind, smoke and embers, with ambient temperatures above 50°C, and observed that old-style fire safety plans simply no longer apply, especially as the rate of climate change is itself changing.

Mr Dunn said that the Conjola experience was not unusual, and that many communities echoed Conjola’s demands: more and experienced fire brigade members; investment in (backup) stand-alone power generation systems, water supplies and communication networks; funding to maintain this infrastructure; and government funding to create and maintain safer havens for people and animals.

As well as this criticism, Mr Dunn was generous in his praise of NSW Mental Health teams who had worked in the community.