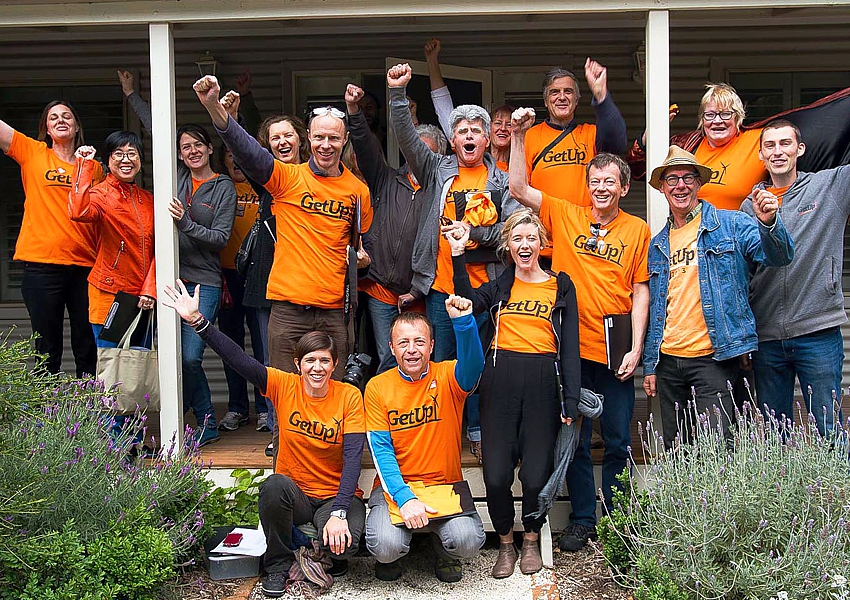 GetUp is already subject to the same type of regulation as a political party. By challenging its links to left-wing parties, though, the Coalition is seeking to strip away its claim of independence.

Yes, GetUp fights for progressive causes, but it is not a political party – and is not beholden to one

OVER THE WEEKEND, Prime Minister Scott Morrison launched a new assault on the campaigning group GetUp. At the Liberal Party’s state conference in Adelaide, he said GetUp needed to be “accountable for what they say and do”.

They want to be in the political space, fine, call yourself a political party.

GetUp has been in the government’s firing line for several years now. This isn’t surprising. The campaigning group is typically described as a “left wing” and “progressive” organisation, and the stances it takes on various issues tend to be at odds with those of the Liberal and National parties.

GetUp campaigns on these issues by mobilising its membership in a number of ways. It encourages them to make donations to fund advertisements and other campaign initiatives, to directly contact their political representatives, and to operate on the ground in electorates in the run-up to elections.

It is perhaps this last activity that most bothers the Coalition government, as GetUp targeted a number of sitting Liberal MPs at the last election, including Peter Dutton and Tony Abbott. The group didn’t have a tremendous amount of success, though, with only Abbott losing his seat. 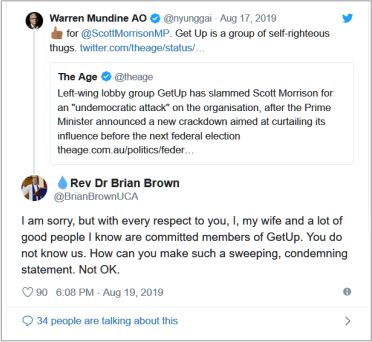 Australia’s electoral process is not the private fiefdom of political parties. There are a variety of actors permitted to participate in our democracy and become involved in election campaigns. These include lobby groups, charities and not-for-profit campaigning groups, such as GetUp and its new “conservative” counterpart, Advance Australia.

And there is already a regulatory framework in place to ensure there is accountability and transparency around their electoral activities.

Any organisation that spends more than the “disclosure threshold” (currently A$14,000 per year) on “electoral expenditure”, for example, needs to submit an annual return to the Australian Electoral Commission. Information about these so-called “third parties” is publicly available on the AEC’s transparency register.

Groups like GetUp are now subject to even more regulation than third parties, thanks to legislative changes introduced by the government last year. Because of the amount they spend trying to influence elections, they fit into a new category called “political campaigner”. Political campaigners are required to register with the AEC and submit a more detailed annual return than “third parties”, similar to the returns required of political parties.

So, when Morrison calls for GetUp to be accountable like a political party, that’s already the case. However, despite being regulated in a similar way to political parties, they don’t receive the same benefits.

Organisations like GetUp don’t field candidates in elections, for instance, so they can never hope to wield political power in the way that political parties do.

Political parties also benefit from taxpayer funding — the AEC reimburses them for some or all of the expenses they incur in an election, provided they reached a certain threshold of votes. GetUp doesn’t get a cent from the AEC.

Donations to political parties of up to A$1,500 per year from individuals are also tax deductible. This also doesn’t apply to GetUp’s donors. 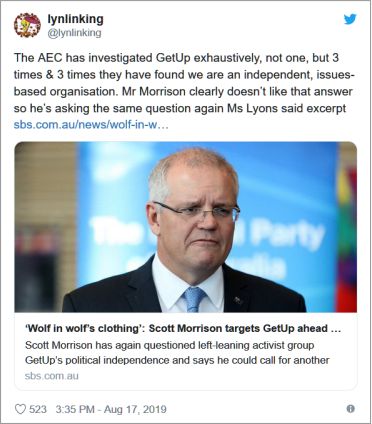 Morrison wants to have GetUp classified by the AEC as related to the Labor Party or the Greens, what the electoral law refers to as an “associated entity”. These organisations have some sort of formal link with a political party, or they

operate wholly or to a significant extent for the benefit of one or more registered political parties.

But this is likely not the point. For the Coalition, labelling GetUp an “associated entity” would make it much more difficult for the group to maintain its much-vaunted status as

an independent movement of everyday people

This may influence how GetUp’s future campaigns are perceived by voters — and would certainly be something the government would talk up at every opportunity.

The AEC has looked into this question three times — in 2005, 2010, and earlier this year. It has consistently found that GetUp is not an “associated entity” because it does not operate wholly or to a significant extent for the benefit of one or more registered political parties.

While it’s true that the positions of GetUp often align with those of the Labor Party or the Greens, the AEC concluded the organisation is primarily an issues based campaigning organisation and that:

If the government once again refers this matter to the AEC, it would be surprising if the AEC didn’t come back with exactly the same finding — especially given it’s only been a few months since the AEC last examined the matter.

Other methods for shutting down the group

There are other ways the Coalition government can try to reduce the influence of organisations like GetUp. For instance, the Liberal National Party State Convention in Queensland recently voted in support of banning GetUp and other campaigning organisations from handing out how to vote cards and other political material at polling booths on election day.

Read more:
Time for the federal government to catch up on political donations reform

Such a drastic move to limit participation in our electoral process is at odds with Australia’s reputation as a free and vibrant democracy. As one Queensland Liberal National politician wisely warned, it could also cut both ways and harm conservative groups seeking to campaign on particular issues.

Whether one agrees or disagrees with GetUp’s positions, these types of campaigning groups reflect the diversity and vibrancy of our democracy and the different ways people can get involved in our political process.

If our political leaders are serious about improving the transparency and accountability of all actors in our political system, then instead of singling out GetUp, Morrison should prioritise the introduction of “real time” disclosure of political donations and the lowering of the disclosure threshold for public reporting of donations. 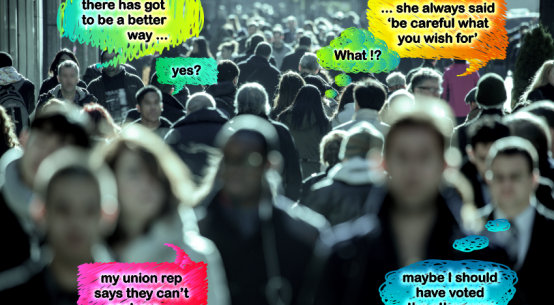 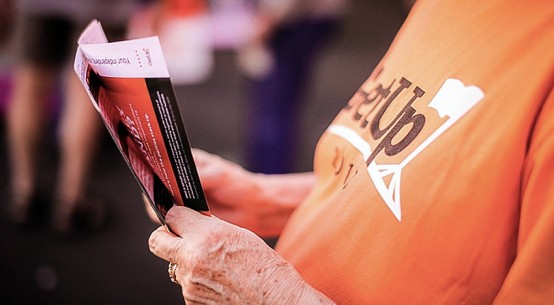