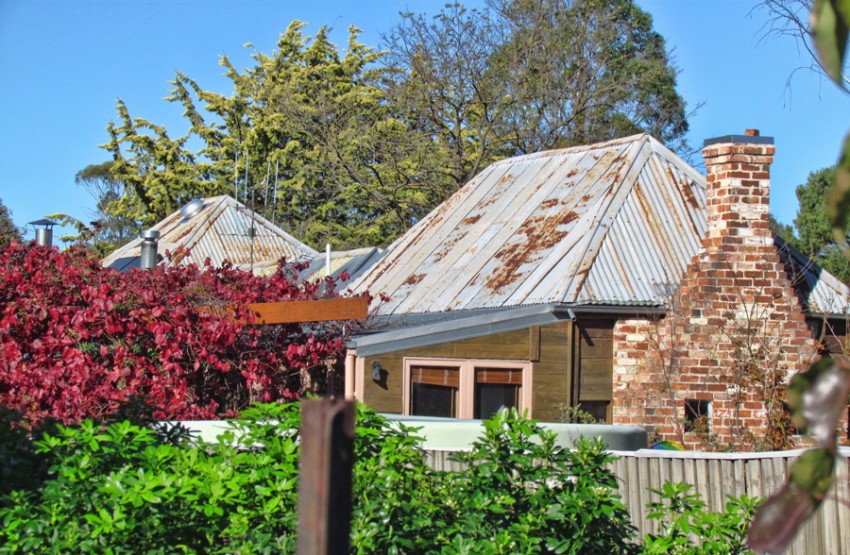 With thanks to the Gundaroo Historical Society  for these insights.

In 1860 the only buildings in Gundaroo were the Caledonia store, the lock up and the Old Harrow Inn. William Affleck, a prominent citizen in the formation of Gundaroo started agitating for the post office to be located in the village, a state school to be established, a church (Presbyterian) to be built and the Marked Tree Road to be the recognised route from Goulburn to Queanbeyan.

This would ensure that the mail came directly to Gundaroo and more traffic would come through the new village and hopefully to his shop. Affleck also started the Mutual Improvement Society and Loyal Faithful Friend Lodge to assist Gundaroo with “intellectual improvement”. Around 1895 William Affleck presented the village with a small weatherboard cottage for the use of the above societies and also to be used as a library, now known as the Literary Institute.

A school, a church and several more commercial and residential buildings were erected in Gundaroo by the end of the 1860’s. Upper Gundaroo was suffering as a result of the expansion of Gundaroo at the official village site and never again achieved the level of activity it enjoyed in the 1850s and early 60s. St Lukes church is the only structure remaining which indicates the location of Upper Gundaroo.

Gundaroo has been fortunate in retaining many of the early buildings which helps it to retain a uniquely historic atmosphere. It is not too long ago that there were many slab huts in this street which have been knocked down in the name of progress. There are still a few in town and we will make every effort to retain them. 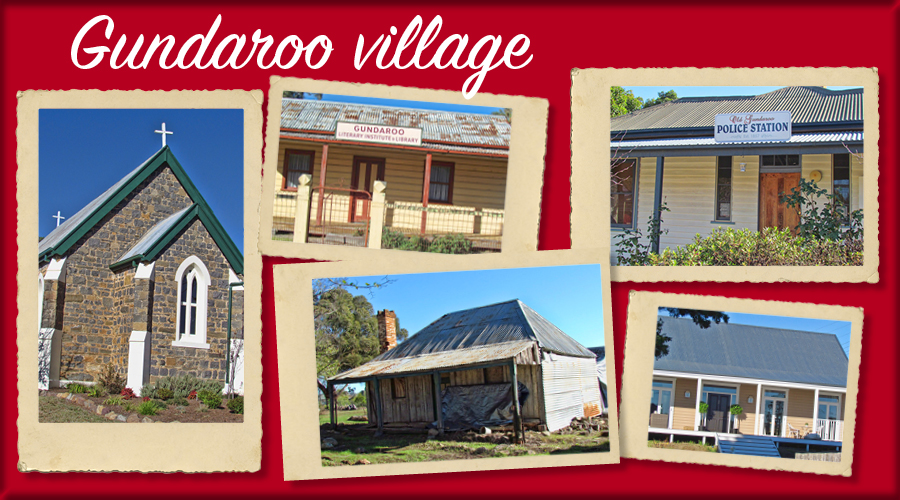 The first non-indigenous people to sight the Gundaroo valley were a young Joseph Wild and Charles Throsby Smith in early December 1820, who were exploring the district when they found a river now known as the Yass River and were told by the natives that they were at a place they called “ Candariro”.

It should be remembered that until 1825 the Governor of NSW ruled the state as an autocracy. In 1825 a Legislative Council was elected and a little more control over what happened in rural NSW took place.  Squatter pastoralists [had been sending] their flocks to unclaimed Crown Land.

Such was the manner in which the area was developing with unauthorised settlers [then] being forced off “their” ground by decrees from the new-found authorities in Sydney who had little idea of the territory they were making jurisdiction over.

… there was little in the way of authority in the area, roads were little more than the rough tracks over which the first drays passed, there were no maps of course, the population was extremely sparse and directions as to the location of their destination were given by travellers who had only been in the district for weeks or possibly months.

Doctors were many hours or days away over rough tracks. Misadventure had no respect for the status of people – wealthy landowners and the poorest labourer could die as the result of an overturned buggy or a fall from a horse. Travel over these tracks was extremely slow. One description of travel from Sydney to Queanbeyan in 1856 stated that it took 3 weeks to travel the mainly unmade ‘road’ at a calculated speed of 3 mph!