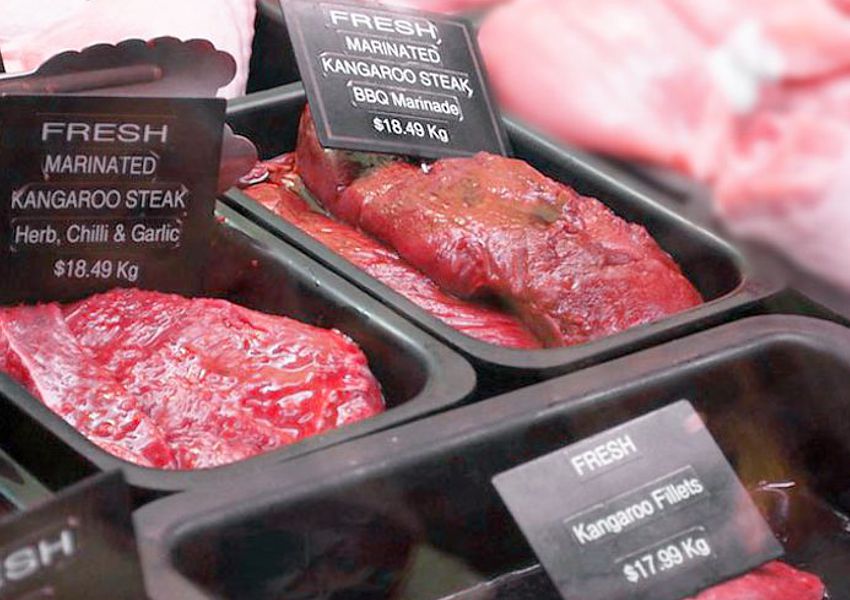 What they don’t report about kangaroo meat for you and your pets.

The ABC, SBS and other media uncritically repeat claims and promotion from the kangaroo-killing business. Yet many country folk don’t eat kangaroo because of ‘the worms’. And Indigenous people have other reasons as well. Ro Godwin provides some facts and comments.

As an Indigenous woman, I’ve been exposing the Kangaroo Killing Industry for decades and I’m always amazed at the spin people blindly believe about kangaroos including that “Indigenous people ate them for thousands of years”.

No, actually many of us didn’t and indeed don’t.

Generalised ignorance is what the Kangaroo Killing Industry thrives on and they run a mile when asked why they don’t have warnings on their packages regarding very real and justified concerns about kangaroo meat.

They think ongoing international trade or supermarket bans against the Industry based on inherent cruelty, unsustainable slaughter and ongoing meat contamination issues is nothing to worry about … oh really?

Worms for example. Kangaroo meat carries a naturally heavy parasite load — a single Western or Eastern Grey Kangaroo can be infected with up to 30,000 parasitic worms from up to 20 different nematode species, according to a summary report on the relevant research.

Epidemic and other diseases. Over the years epidemics have wiped out many millions of kangaroos. In Western NSW in 2016 millions of kangaroos died from an unknown uncontrollable disease that is still undiagnosed, yet state and federal governments and the Kangaroo Killing Industry continue to slaughter kangaroos and sell the meat to consumers. [Ed note: There is some evidence gathered by a vet and pathologist from NSW western district that goats with similar symptoms of this still un-identified disease crosses the species barrier.]

If there was an epidemic in the animal agriculture industry, there would be thorough investigations, but not with the Kangaroo Killing Industry!

Wild ‘game’ kangaroos can harbour a wide range of bacterial, parasitic and fungal diseases. The potential transfer of ‘zoonotic’ pathogens between species is possible but not well researched.

Toxoplasmosis and Salmonellosis — two bacterial infections affecting kangaroos and human health. The infections can spread to humans through the handling, processing or consumption of infected kangaroo meat. Independent analyses from the past 20 years consistently turned up kangaroo meat that harboured the salmonella bacterium and other bacterial contaminants. This comes from the way that shooting and transport in the wild occurs.

Slaughtered kangaroos are “transported in the open air, gathering dust and flies”; stored in field chillers; and may not be transported to processors for up to 14 days after being shot.

The fact that kangaroo shooters are being instructed to spray down kangaroo carcasses with acetic acid (combats pathogens) is also kept well hidden from you, the public.

For too long this brutal Industry of wretched animal cruelty has crept along under the radar, the time is long overdue for this slaughter of The Dreaming to be shown in all its reality. For you and your pets — buyer beware. 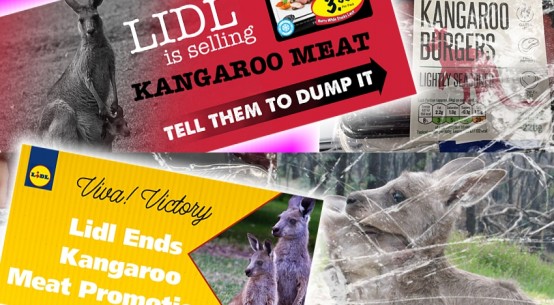 Viva! — successful campaign for kangaroos, here’s how it unfolded