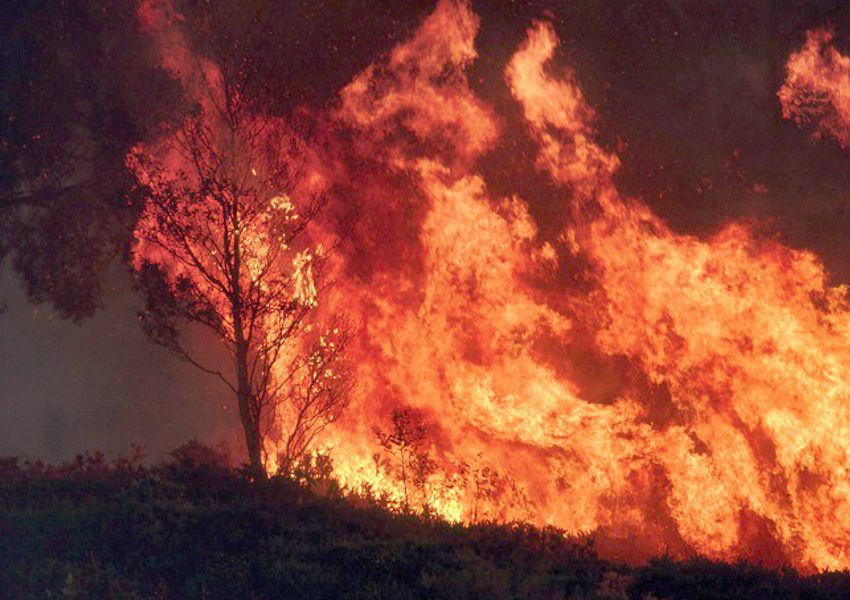 The frighteningly early start to the bushfire season has highlighted the crucial role councils play in keeping their communities safe, informed and reassured.

DESPITE SUMMER STILL being months away, councils around Queensland and NSW have already been put to the test with more than 1,200 bushfires breaking out across both states since the beginning of September.

Recently, 50 fires were threatening parts of Queensland, with 12 fires burning out of control across NSW.

ABOVE: Councils are often the first point of contact for worried residents during a bushfire emergency.

A home was lost and many others were damaged in Queensland’s Noosa LGA as a result of an out of control blaze near Peregian Beach and Pergian Springs.

Cr Dwyer also spent time providing moral support and reassurance at the local surf club where residents were holed up during the blaze.

“Providing regular communication and education sessions for the community, particularly those in vulnerable areas, is hugely beneficial, and ensuring the community has a safe place to seek refuge should they need to be evacuated is vital,” Cr Dwyer told Government News.

At the beginning of September, a bushfire near Binna Burra in the Scenic Rim region in Queensland also destroyed 11 homes.

“The role I believe that local councils, and particular local mayors, can play in events like this is to provide a good focal point for confidence in the community,” Cr Christensen said.

Last week as the Southern Downs region in Queensland battled through several bushfires the local council provided trucks and excavators, supplied water to trucks, ran a hotline for people to call and set up facilities for animals.

Mayor of Southern Downs Regional Council Tracy Dobie said Council was already in disaster recovery mode from a drought perspective but described activity during the fires as “council services on steroids”.

“In general, what we provided this past week has been council services on steroids,” Cr Dobie said.

“There are things we normally provide anyway, it’s just that you ramp up phenomenally during the response to, and recovery from, a disaster like a bushfire.”

Scenic Rim Regional Council has been providing support and information to Queensland Fire and Emergency Services by monitoring risk spots.

Cr Christensen said Council has also focused on its support role, “which is communication with our community, activating the other services to provide counselling, access to refuge,” he said.

A rallying point for the community

Simon Murray is Mayor of Armidale Regional Council, which faced an intense bushfire at Bees Nest earlier this month.

Cr Murray held fears for his own property, which could have been in the path of a fire with a change of wind.

“I was feeding cattle on Saturday and I could see the fire running about 60 or 70 kilometres away,” he told Government News.

He says Council is usually the first point of call for the community, and where people came to for support.

“You try and take a bit of that burden off them, or let them know there’s people there that are supporting them,” he said. “And I think that goes a long way for their moral status.”

“I really feel that we should be there. I think it’s an ethical thing to do that we are there supporting them as much as we can.”

Cr Christensen says it’s the role of Council to keep the community calm and reassured and keeping panic levels low.

“When people become distressed… they take more energy to manage,” he said. “When you can keep them calm and focused, you are able to more effectively meet their needs, but also more effectively deploy your resources to manage the critical issues of your time.”

He believes council has emerged stronger and better able to serve the community after the bushfire emergency.

“What we were before we won’t be again,” Cr Christensen said. “We’ll be something new and better as a result of this.”

Working with the state government

Cr Christensen says it’s important for councils to work closely with state governments to get the right legislation in place around emergency response planning.

“The mobilisation of resources by the state for our support on this has been absolutely excellent,” he said. “I had total confidence along the way that where we identify a need we have been getting the support.”

Cr Murray, on the other hand, says he would like to see more support from the state, especially as Armidale Regional Council is already grappling with water shortages.

“I’m concerned that some of the politicians don’t realise how dire the situation is,” he said.

“They think that we can truck in water, but they haven’t really got that comprehension of ‘Where are we going to get that water from?’

“These things are moving so fast that the politicians are way behind,” he said. “They haven’t come to grasp with the situation.”

There is no water for the Council to truck from within 130 kilometres.

“I did a rough, top-of-the-head numbers,” Cr Murray said. “If everyone in Armidale was able to reduce their consumption down to 120 litres per day, we’d still need 87 B-Doubles a day to supply Armidale and Guyra.”

Most councils have programs in place to plan for the inevitable bushfire season. Educating the community is one of the most important steps, according to Cr Christensen.

Scenic Rim Regional Council has a disaster dashboard that provides its community with links, with all the necessary information to help them prepare, along with controlled hazard reduction burns and liaising with QFES and national parks.

Sunshine Coast Council also emphasised the importance of educating its community, which it does through providing information through its Disaster Hub website, which keeps residents up to date with warnings and advice.

— Coming to you this week from Government News; written by Amy Cheng. 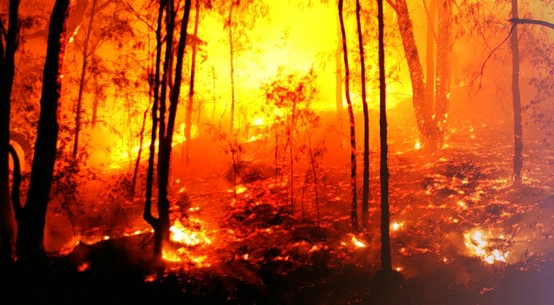