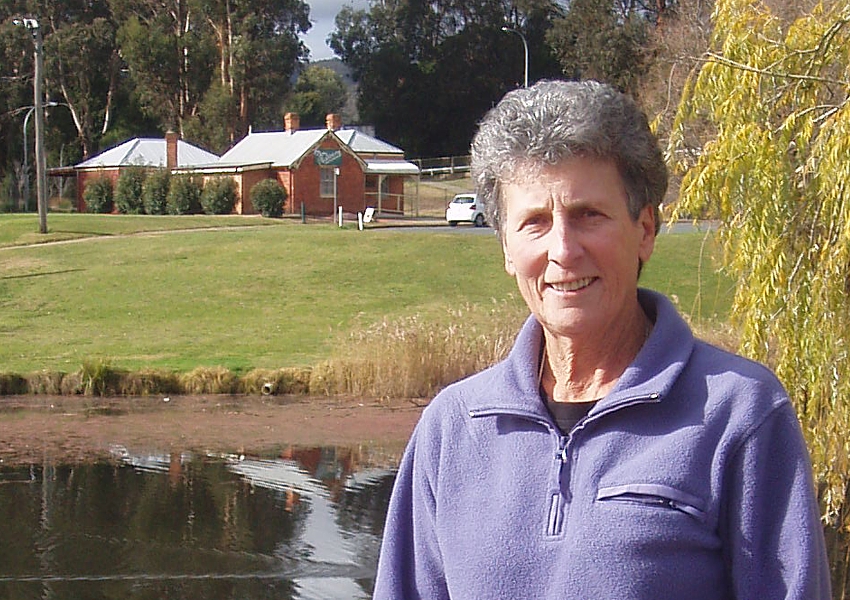 WHILE MANY consider Don Bradman to be the greatest sportsperson Australia has ever produced, a former Queanbeyan girl can lay almost as much claim to that title.

Heather McKay (nee Blundell) is considered ‘the most famous woman Squash player ever’ and to this day remains the most successful player in the history of the game. Yet she is less well known than many of our cherished Australian sporting identities despite the fact that her statistics place her in the same league as both the Don and her contemporary Dawn Fraser.

McKay’s supremacy over a period of almost 20 years saw her win 14 consecutive Australian Amateur titles, 16 British Amateur titles, the inaugural World Squash Championship in 1976 and again in 1979. Throughout her time on the court, she lost only two matches – the first in the quarter final of the New South Wales Championships in 1960 only a year after picking up a squash racquet; the second in 1962 against the reigning British Champion Fran Marshall in the Scottish Championship final.

A few weeks later McKay would wrest the British Amateur Championship from Marshall, retaining it until her retirement from the sport in 1979. So impressive was McKay’s record, it is unlikely that it will ever be repeated, yet despite her accomplishments, she has always been modest about her talents.

“I was a country girl who played a lot of sports and had hardly been outside Queanbeyan. Even when I won my first Australian Championship, I still didn’t know how to play that well.”

The sporting dominance did not end on the squash court either. In 1967 and 1971 McKay was chosen as part of the All-Australian Blue Ribbon hockey team from which representatives for the Australian side are chosen. It was only due to squash commitments that she was unavailable for selection. In addition, McKay would also go on to become the world number one in another two sports: racquetball and veterans tennis.

That country sporting life started it all

Born and raised in Queanbeyan as part of a large and well-known local family, hers was a sporting life encouraged by mum Dulcie and dad Frank, a former rugby league player for country NSW, and cultivated by good-natured sibling competition in almost any sport that involved a ball.

McKay was truly a ‘natural’, excelling in her younger years at both tennis and hockey before going on to win her first squash titles without the benefit of any formal coaching or instruction.

The game had been made popular by the Irishman Jonah Barrington and Australian Geoff Hunt in the 1960’s, but McKay initially played only as an aid to her hockey training. Less than a year later she would win the New South Wales Country Championships Junior and Women’s titles before progressing to the quarter finals in the New South Wales Championships in Sydney, winning the junior section in that tournament.

This was just the beginning, and by 1962 McKay, now living in Sydney, had won her second Australian title and the ‘Wimbledon of squash’, the British Championships, were beckoning. The life of a sportsperson was not what it is today however, and money was in short supply. A justifiably proud Queanbeyan rallied, raising funds to help the rising star on her way.

“It had been really hard to leave Queanbeyan, let alone Australia – I was only 20 – but I was already the Australian Champion and to go any further with the sport, it was necessary.”

By the mid-1970’s, with virtually no one on the ‘continent’ left to beat, McKay and her husband Brian, also an accomplished squash player, moved to Canada to work as club pros at the impressive Toronto Squash Club.

Even though it eliminated her from every major championship except the British Open, McKay had turned professional and it was during this period that she would win the inaugural Women’s World Squash Championship, considered the other of the two most prestigious tournaments in the game. Then, at the age of thirty-eight, after securing the title a second time, McKay decided that for her the game was up.

“I was coaching full-time and I just didn’t have the time to put into it anymore at that level,” she says of the decision. But her sporting career was far from over. On the contrary, McKay turned her hand to racquetball, a somewhat less strenuous game that utilizes a shorter racquet than squash and a larger, bouncier ball.

Racquetball next – greatest woman player ever – then tennis

World Racquetball Champion Lynn Adams (1981–‘82 & ’84–’88) was most appreciative of her one-time opponent’s extraordinary skills. “Remembering that Heather was nearly forty when she took up racquetball, she was probably the greatest woman player ever.”

Although McKay had formally retired from professional squash, she would continue to compete in the sport at the Australian and International Masters level (competitive sports for the over-35’s) winning two over-45 and two over-50 World Championship titles. Going full circle, she again turned to tennis where she quickly won a string of Australian titles before attaining the World Masters Singles title in her age category in 2001, as well as being a member of the winning Australian Women’s Team event in the same competition.

In addition to her obvious ability to focus and work, McKay suggest the reasons for her impressive results and longevity was a combination of “being very fit with good hand-eye co-ordination and very good genes,” but acknowledges that to attain such a level of achievement across so many sports is highly unusual.

“Squash, racquetball and tennis all involve a racquet but they are three very different sports and require an entirely different set of skills, so to pick up something new and come back to another after 30 years is quite some-thing I suppose. I have always liked to challenge myself though.”

Having returned to Australia in 1985 after taking up an offer to coach with Geoff Hunt at the AIS in Brisbane, the McKay’s moved back to Canberra in 1999. “It was coming home,” she says. “Family is here and I’m a Queanbeyan girl, always will be.”

If McKay has any disappointments, it is the lack of profile for squash and the difficulties that creates for up and coming players. “Even though it was a very popular sport amongst those who played, squash has never received a lot of media attention and many players have to go overseas to make a living.”

Hall of Fame … and still playing

In recognition of her effort and skill, in 1985 McKay was inducted into The Sport Australia Hall of Fame and in 2000 became one of only 30 sporting identities to be recognised as a Legend of Australian Sport. Other accolades have included receiving the ABC Sports Award in 1967, her 1969 appointment as a Member of the Order of the British Empire (Civil) for services to sport and similarly, a Member of the Order of Australia (AM) in 1979, induction as a founding member of the Women’s International Squash Players’ Association Hall of Fame in Seattle in 1999 and being awarded the Australian Sports Medal in 2000.

For McKay potentially the most significant award was when she was inducted into the prestigious International Women’s Sports Hall of Fame in New York in 2003. “To be recognised throughout the world as one of the top women sportspeople internationally was indeed a pleasure,” she says modestly.

It is unlikely that a woman with the skills and talent she has would ever be inclined to sit still and McKay continues play tennis, travelling most weekends to play in competitions. She also enjoys spending time catching up with her greatly expanded family, many of whom still live in Queanbeyan.

“I have fond memories of Queanbeyan. It was a great place to grow up and sport was a huge part of our family’s life. Even my Aunt Lily, who if she were still alive would now be about 100, played cricket and hockey against England!”

The fact that Heather McKay was a champion performer in not one but four sporting arenas makes her entirely deserving of the praise offered by Peter Meares in his 2003 book on Australian sporting legends: “In spite of her staggering achievements, she is gracious and humble. She remains one of our most inspirational legends of Australian sport.”