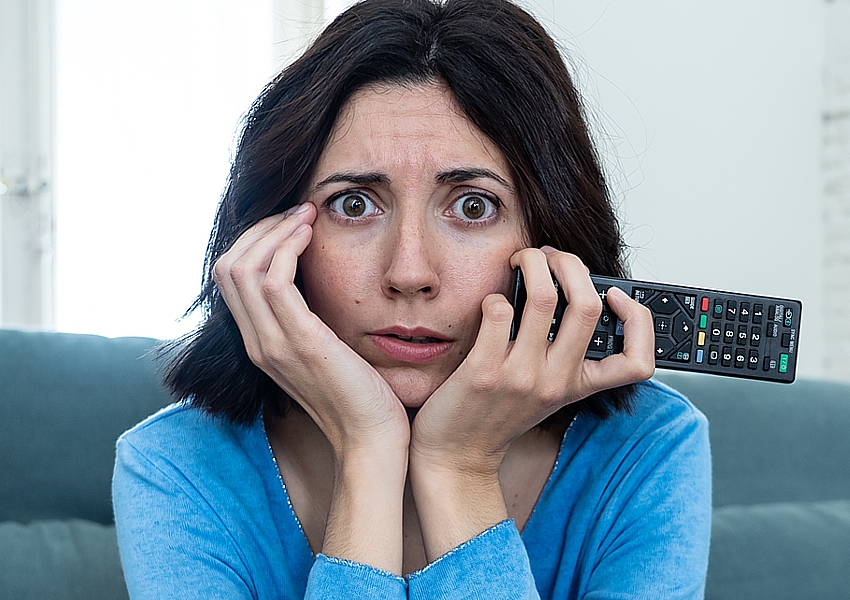 The other night we were minding our own business, watching a film on SBS when the peace was shattered by an advertisement on behalf of the Liberal Party, screaming “Tax” joined to the word Labor. Featured, along with images of nice looking but apparently clueless Australian voters, were a bunch of headlines about the dreadful taxing policies to be expected from Bill Shorten!

Guess where the headlines originated: yes, the Murdoch press — the Daily Telly and The Australian. Known for no-holds barred editorial assaults on Labor and never mind the reality or the facts.

On the Easter Weekend, a truck plastered with huge billboards warning of Labor’s supposed “death taxes” was parked illegally in the median strip of the Federal Highway from and to Canberra.

It accosted people travelling to celebrate this religious holiday. A Liberal Party booster group took credit. I thought a Christian commandment was not to lie.

Apparently this admonition does not apply in Australian elections anymore, despite the Prime Minister’s Pentecostal religious cloak and the Christian allegiance pledged by most politicians.

I am seeing again one lesson from the NSW elections. That is, the media focus on the political party leaders as the source of evil, real or made-up, or the man who “had a bad week” and is therefore unelectable, is aimed at undecided voters. This group often make the difference in tight elections. The ABC’s Vote Compass asked political science experts why party leaders are uniformly being rated poorly — are we then surprised?

The experts said that while most people vote for party policies and for local candidates, the undecided are the ones swayed by the huge brouhaha about the political leaders, because that is all they hear. We can thank the simplistic approach of much of the mainstream media for that.

Remember in the recent NSW elections, Labor leader Michael Daley having a “horror final week” was a tagline endlessly repeated by the ABC and the rest of the media pack. That was that. Policies that were actually quite good and could have made a difference to the state and its environment were never headlined or summarised. Of course, Labor’s own communications strategy didn’t help. The focus on a one-note message about stadiums on endless loop quickly became wall-paper.

Now the same Get-the-Leader game is being tried on federal Labor, even to the extent that rumours suggest some dirt file item will be strategically fed to the media in the final week.

Fake news so leaders can have a bad day

The Guardian columnist Greg Jericho, who has a better seat than the Bulletin with the Canberra press gallery, provided more evidence of this leadership beat-up trend.

He wrote under the headline ‘Reality rarely gets a run’:

“Mostly this campaign involved both parties (and much of the media) pretending to be outraged over things that are either fake or have been purposely mistaken.

“Consider the response to Bill Shorten saying he would not impose any further taxes on superannuation. The Liberal party and many in the media called this a major gaffe given the ALP has long had a policy to change the taxation of superannuation. “Shorten doesn’t even know his own policies.”

Jericho then goes on to explain that Shorten never said something to imply he forgot Labor policy on superannuation taxation but had simply said there would be no additional taxes.

A whole media conference of 16 questions did not pursue this further. But later, wrote Jericho “we had to go through the whole ‘Shorten forgot his own policy’ pretence — in which most in the media purposely sought to misunderstand the context so they could run the ‘Shorten had a bad day’ line”.

Likewise, he reported, Labor was happy to see the media run misleading headlines over the Coalition’s policy on nuclear power. Scott Morrison answered a media question by saying that there could be an Australian nuclear plant if it could pay its own way. As Jericho pointed out that is dream land since the cost of new nuclear power stations is prohibitive and always require state support. But Morrison copped headlines saying the Coalition was for a nuclear power plant.

In fact wrote Jericho, “The big problem with the Morrison government is not nuclear power but that the day before the election was called it approved a nuclear mine in WA that will have major adverse effects on native wildlife and groundwater. That is reality.”

Meanwhile federal Labor shot itself in the foot on climate action policy, for reasons we can only speculate on and that the media pack might well ask about and report seriously. After starting out with a good policy outline Shorten announced up to $1.5bn from the Northern Australia Infrastructure Facility to develop, by fracking, a Northern Territory gas supply that would have massive greenhouse gas emission implications and threaten groundwater.

This led Jericho and many others to conclude both major parties are just pretending on their climate policies. Should be good for the Greens and independent candidate vote.

Also this week see coverage of more campaign lies, reported by veteran political journalist Laura Tingle from our ‘Around the Web’ roundup. Tingle knows context and cares about the reality of things as they affect the hugely important aged care sector.

As for the leaders and policies, maybe the best we can do is watch the two or hopefully three leadership debates that have started.

The first federal election leaders debate of 2019 hosted by The West Australian newspaper and shown on a secondary channel of the Seven network, highlighted why we struggle to understand what either major party will do if elected simply by following the media reporting. Much better to see the candidates make their pitch in person. To date we don’t know of more debates that the whole country will see. And that include other candidates. More’s the pity.

Bill Shorten is a much better communicator live, compared with rather wooden appearances in the print media. He’s still battling the cloud of disapproval that has followed him ever since he took the Opposition leader mantle. That has included judgemental reporters framing leadership confrontations, (see above about the making of fake news) rather than an explanation of what Labor plans to do once in office. Or the Coalition’s plans. Or other party’s.

In this leaders debate, Shorten was smiling, engaging and articulate and told the handpicked studio audience of undecided voters and those watching at home about Labor’s plans for change and superior policies.

Those include investing in the future with climate action; wages through restoring some aspect of penalty rates; assistance for childcare; government subsidised dental care for low income; rebuilding TAFE education; rescuing the NBN from its performance slide; and more. Voters will need to find out the detailed policies for themselves.

Scott Morrison, while a slick talker and appearing good humoured, did not offer policies on what the Coalition might do if re-elected. Parliamentary political reporters do indicate the cupboard is bare on that front, barring a 10-year tax cut plan. His main message was ‘stick with us’ and our view of the world because we are not Bill Shorten and Labor. Change will come back and bite you with costs and taxes, he said.

In my experience of the historical record that has been the mantra against climate action for the past 30 years. He also lied about some elements of past policy particularly on climate action which sugar-coated the Coalition’s depressing recent terms on this front and misrepresented the emission reduction outcome from the previous Labor government.

The studio audience of undecided voters gave Shorten the debate win, voting 25 to 12 in his favour with 11 remaining undecided. 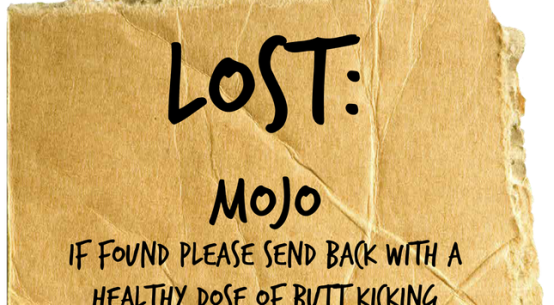 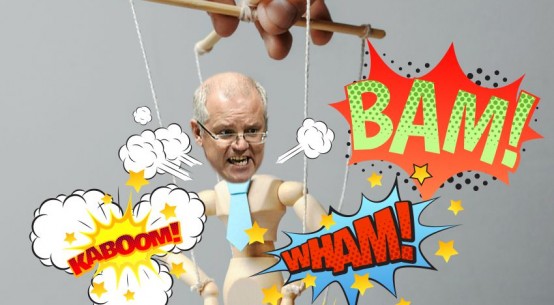