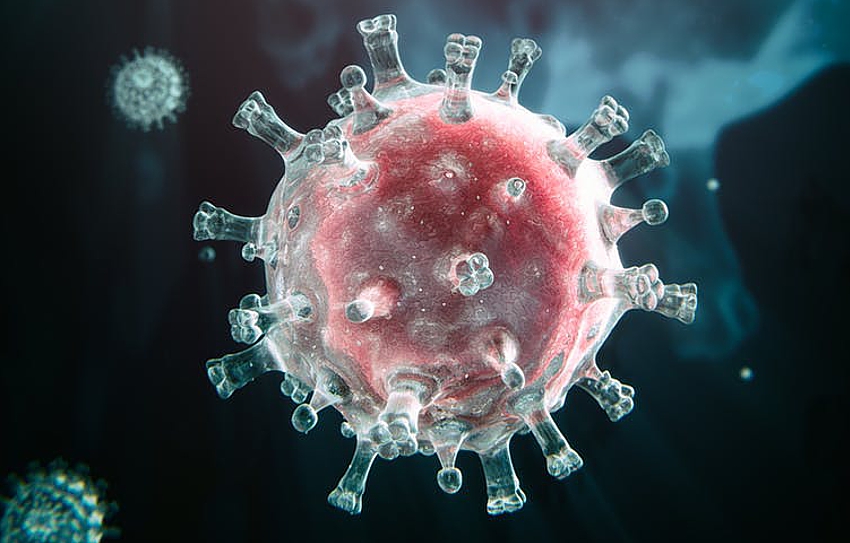 Vaccines for the flu offer mediocre coverage compared with those for other diseases.  PLRANG ART/Shutterstock

Australia has recorded 221,853 flu infections so far in 2017, more than any other year. As the flu season comes to an end, we’re beginning to understand why it was so bad. And it wasn’t because of increased, or more sensitive, testing.

A better vaccine could have reduced the rates, but not the high-dose Fluzone vaccine doctors were touting at the start of the week.

Multiple flu viruses circulate each year and are broadly grouped into two types: A and B.

Influenza B viruses have two main strains, while the influenza A viruses are more variable. The influenza As you get each year are usually A/H3N2 – the main player so far this season – or A/H1N1, which lingers on from its 2009 “swine flu” pandemic.

Read more:  I’ve always wondered: why is the flu virus so much worse than the common cold virus?

This was a busy flu year with H1N1 strains and different strains of flu B all circulating, sometimes in the same person at the same time.

How vaccines are formulated

The formulation for a vaccine to immunise against all four flu viruses was decided back in September 2016 and the final product released seven months later.

Commonly, each virus is amplified by injecting well-growing “seed” virus into vast numbers of fertilised (embryonated) hens’ eggs. Fluid containing lots of new virus is removed, the virus is inactivated and the new vaccine is manufactured.

Today’s flu vaccines remain mediocre compared to those for measles or human papilloma virus, which offer 97% and 90% protection respectively. It’s normal for less than 60% of those vaccinated against the flu to develop a protective immune response.

Read more:  Flu vaccine won’t definitely stop you from getting the flu, but it’s more important than you think

Flu vaccination doesn’t produce the same degree of immunity to flu viruses that wild infection does. But vaccine protection is much safer than getting the flu, and vaccination cannot give you the flu.

It’s difficult to predict what strains will dominate months later. Viruses within each flu type also change over time so H3N2 from years ago differs from H3N2 in 2017. These mutations reduce the effectiveness of flu vaccines.

Over the past year, H3N2 mutated after it was chosen as a vaccine strain. Additionally, the egg-grown H3N2 vaccine virus strain changed during vaccine production. For both these reasons, the vaccine no longer matched what we faced.

Would Fluzone have helped?

This week, media stories implied that if Australia had purchased a different vaccine, Sanofi Pasteur’s egg-grown inactivated Fluzone®, the massive flu epidemic would not have happened. Rubbish.

The Fluzone product being discussed is a high-dose flu vaccine licensed in the United States (2009) and Canada (2016) for those aged 65 years or older, but not for other age groups. It’s not available in Australia because Sanofi hasn’t applied to register it here.

This vaccine contains four times more antibody-inducing active ingredient, hemagglutinin (60µg rather than the usual 15µg) than a standard-dose vaccine. But it remains susceptible to problems discussed earlier – though this hasn’t been well studied.

High-dose Fluzone is a trivalent formulation (meaning it protects against three strains of flu), not quadrivalent (four-strain protection) as recommended in Australia this year.

No current vaccine could have prevented 2017’s flu epidemic.

How to better protect the elderly

H3N2 viruses cause more harm among the elderly than the young, whereas flu B strains tend to impact children more.

Flu virus infection directly damages cells and paves the way for bacterial infections. The elderly are particularly affected by the flu because an older immune system struggles to defend against infections; specialised immune cells are less effective, less able to respond to new viruses and prefer reminiscing about past viral battles which confuse new skirmishes.

To better protect the elderly, some rapid response options include moving immunisation closer to the start of flu season, adding an additional substance to boost the immune response to the vaccine, or increasing the amount of the virus active ingredient to produce a stronger defence against infection.

Read more:  Flu is a tragic illness. How can we get more people to vaccinate?

Is a high-dose vaccine safe and more effective than the standard-dose vaccines in the elderly?

Other researchers found the elderly had fewer doctor visits and hospitalisations and that deaths were prevented.

However, absolute effectiveness is not clear as studies to date usually compare Fluzone to another vaccine.

The Fluzone high-dose vaccines can reduce disease and death in the elderly but won’t halt spread of an efficiently transmitting flu virus.

Stopping flu viruses requires vaccines that are effective in those who most efficiently carry and spread the virus – pre-school and school-aged children, in whom rates are highest. It also needs higher uptake by the community.

The promise of a “universal flu vaccine” has been dangled since at least 1980. We need focused research to commercialise and license vaccines that effectively protect us from seasonal influenza.