Skip to content
You are here
Home > Environment > Science > How did life form after Big Bang? 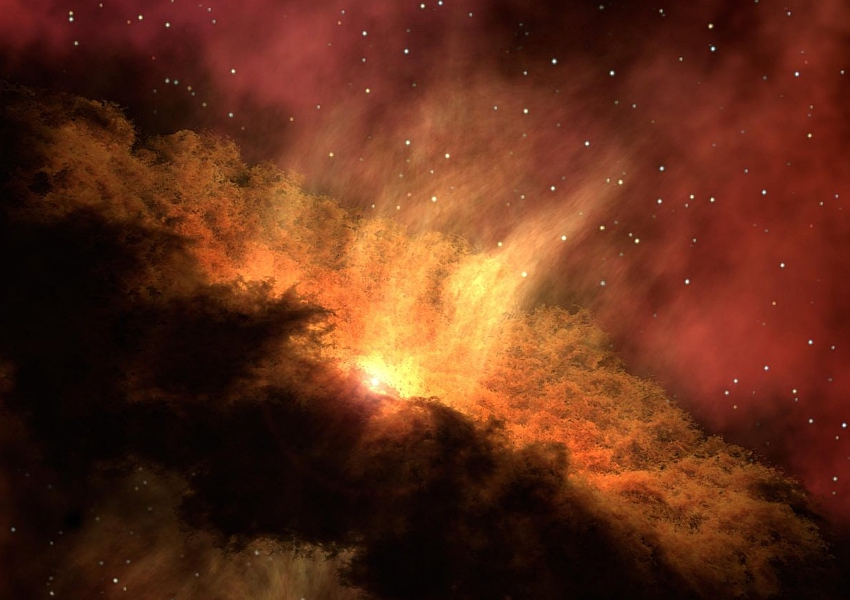 THE BIG BANG theory and the question of how life on Earth began has fascinated scientists for decades, but new research from The University of Western Australia suggests the conditions that resulted from the Big Bang are different to what we thought.

The Big Bang theory, developed in 1927 is considered the most credible scientific explanation of how the Universe was created. It suggests that through a process of expansion and explosion hydrogen gas was created which led to the formation of stars, and their death (supernova) led to the creation of life.

Researchers Professor Snezhana Abarzhi and Ms Annie Naveh from UWA’s School of Mathematical Sciences conducted a mathematical analysis of the conditions that were created from a supernova.

Professor Abarzhi said although the supernova explosion was violent it wasn’t as turbulent and quick as previously thought.

“It is traditionally considered that turbulence was the mechanism for energy transfer and accumulation which resulted in chemicals being formed in the supernova,” she said.

“However our research has revealed it wasn’t turbulent but actually a slow process where hot spots of energy were localised and trapped, resulting in the formation of, for example iron, gold and silver from atoms produced by the Big Bang.

“The findings are important because they challenge our understanding of the Big Bang theory and how life formed.”

Professor Abarzhi said it was fascinating to see the complexity of how the Universe might have been formed.

“Human beings started as hydrogen atoms and energy,
swirling around to create other chemicals
and these interactions resulted in life.”

“The creation of life on Earth will always fascinate and challenge us, leaving more questions than answers, but this latest research brings us one step closer to understanding how we came to exist.”