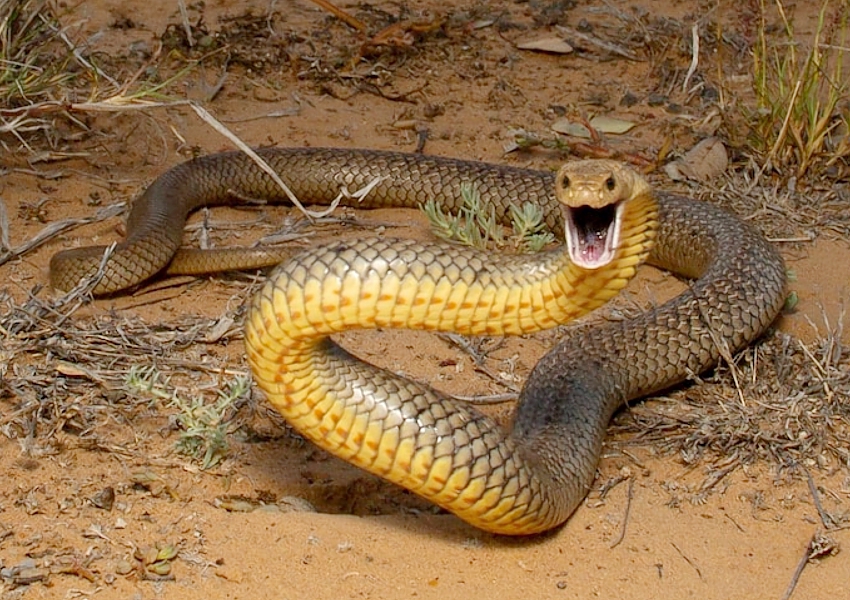 How to survive a venomous snakebite — from a professional who’s been bitten before.

It’s a question you ask yourself after being bitten by a venomous snake.

It’s a question I’ve asked myself once. My husband, Chris Hay, has asked himself four times.

From 2000–2013, there were fewer deaths from snakebites than from bees, wasps, ants, and ticks.

Believe it or not, horse-riding is at least five times more deadly than snakes are in Australia; at least 11–20 people die from horse-related accidents annually.

Compared to India, where at least 42,000 snakebite deaths occur annually, we are indeed a lucky country when it comes to snakes.

But while there are only a couple of deaths each year, it’s estimated there are about 3,000 snakebites in Australia annually.

READ THE INSTRUCTIONS DIRECT FROM THE SOURCE >