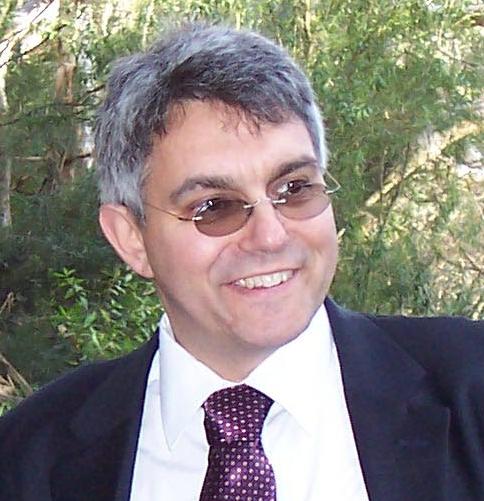 Rabbi Jonathan Keren-Black joined a delegation of leaders from various faiths in Parliament House, Canberra, on 22 June in endorsing the Pope’s encyclical Laudato Si. Pope Francis had called for urgent action by the international community on climate change.

Rabbi Keren-Black, who works for a congregation in Melbourne, is also the Environmental Advisor to the Council of Progressive Rabbis. He spoke by phone to the Bulletin on his return from Canberra.

“I am delighted that the Pope has issued such a comprehensive document,” said Keren-Black. “It goes way beyond climate and looks at the deeper causes of environmental damage. It addresses industrialisation and also poverty and climate refugees. It points out that some of those on the move now could already be classed as climate refugees; in other words, the problem has already started and it’s only going to get worse.”

Keren-Black agreed with Pope Francis that the heart of the solution lay in sharing the world’s resources more equally.

“My only issue about the encyclical is that, for obvious reasons, it doesn’t call to reduce birth rate as part of the solution. Nevertheless, it is a wide-ranging and remarkable document.  It reminds us that people of faith really share a common understanding that it is a God-given responsibility to care for the Earth.”

As he said in Parliament House, Keren-Black believes that the Australian Government is going backwards on climate change and failing to treat the problem seriously.

“When the Government changed, I had hoped it would be too late to remove the carbon price but I was wrong. The Government is now introducing indexation on fuel, which at least makes us think again before driving and emitting. However, there is no compensation for those who need assistance with fuel indexation as there was for the carbon price.”

While in Canberra, Keren-Black had said Australia was moving in the wrong direction, the other way from most of the significant emitters in the world. He said we should be investing in wind farms, instead of putting limits on them.

“We simply have to pay more to account for the damage we’re doing – and to discourage it,” he said. “There are strong ethical and moral imperatives for doing so.”

Keren-Black said he was not optimistic about the COP21 meeting in Paris later in the year at which the international community will draw up an accord on climate change.

“When I met with Environment Minister Greg Hunt he stressed the need for worldwide agreement on climate change at Paris. There has been, however, no evidence so far that the government is taking it seriously.”

Keren-Black expressed concern that the world now seems to be heavily influenced by a combination of multinationals and media resulting in increasingly short-term voting patterns.

The religious leaders who met in Canberra are part of the Australian Religious Response to Climate Change (ARRCC). The faith leaders have been both vocal and demanding in calls for climate action, even before the Pope’s encyclical. In May, they proposed that the post-2020 targets for Australia should be 40 percent below 1990 levels by 2025, and 80 percent below by 2030. [Some have also engaged in direct action and been arrested at the Whitehaven coal mine at Maul’s Creek in northern NSW].

When questioned about the strong ambition of these post-2020 targets, Keren-Black explained that most targets were set with an objective of keeping carbon dioxide levels consistent with a cap of 2oC warming.

“Now, however, the experts tell us we should go no higher than 1.5oC if we are to avoid dangerous climate change,” said Keren-Black. “Thus, the targets have to be more stringent.”

Although generally pessimistic about the situation, he said there were some glimmers of hope.

“First, it is evident you can get quite rapid change if there’s a will to do so. Look at China and how quickly it is developing solar power. And second, there’s the divestment from fossil fuels movement that is spreading rapidly around the world and already having a significant impact – the fossil fuel industry has been described as ‘the new tobacco’, he said.

“The Council of Progressive Rabbis has moved its bank account out of the big four and to Bank Mecu that guarantees no fossil fuel dealings.”