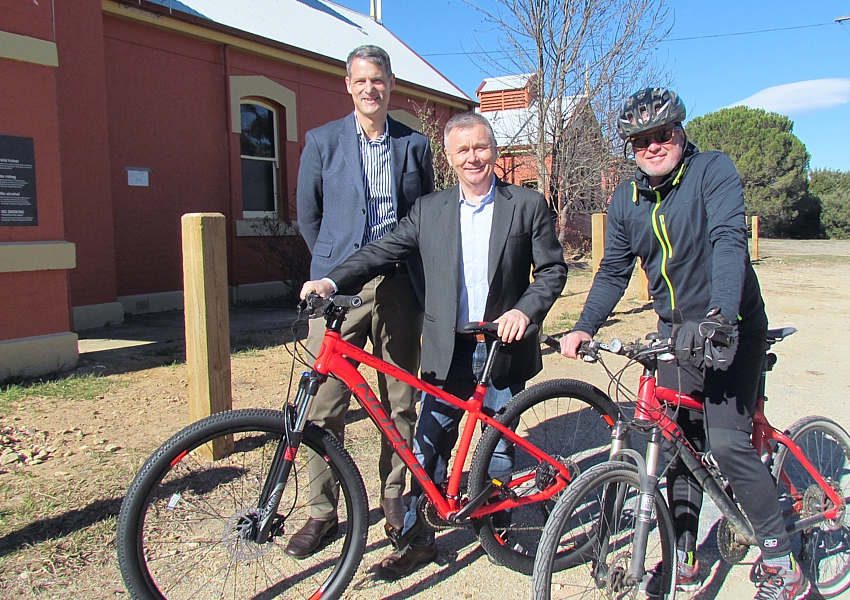 THE NSW OPPOSITION has pledged to fund a detailed development plan as a critical next step in progressing the Molonglo Rail Trail proposal.

The proposed trail passes through the Molonglo Valley showing off the region’s wonderful landscapes. The trail includes the villages of Bungendore, Captains Flat and Hoskinstown and incorporates old railway infrastructure such as embankments, cuttings, bridges, culverts, stations and the turntable at Captains Flat.

The rail trail would be a boost to jobs and the local tourism economy. The community has raised $36,000 for an almost-completed feasibility study, a sign of the support a rail trail proposal enjoys.

Labor said the funding would be issued within the first 100 days of Labor forming government in NSW.

Late last year Labor also committed $75,000 for early planning work to another rail trail in the region – the Monaro Rail Trail from Queanbeyan to Bombala.

Visiting Bungendore recently, Mick Veitch, Shadow Minister for Lands said: “I have been backing rail trails since coming to Parliament – and last year we amended the government’s bill to ensure rail lines if closed for rail trail purposes would go back to Crown Land for future management.

“Labor will work with the community in making sure this rail trail has the chance to succeed.”

Labor candidate for the upcoming state election Bryce Wilson noted that rail trails in Victoria and New Zealand and elsewhere have proven their worth for the tourism industry. “This is the sort of local project I want to get behind, they will become a critical part of our tourism industry.

“If elected, I will make it a priority to work to get the two rail trail proposals in the electorate moving.”

President of the Molonglo Rail Trail committee Bill Taylor said the Labor support is highly appreciated and forward-looking. “All evidence tells us that there is huge enthusiasm for bike-riding holidays that will benefit local businesses from accommodation and hospitality to tourism shopping. Rail trails are a win-win all around and we hope the current artificial roadblocks at the local level will shortly dissipate.”