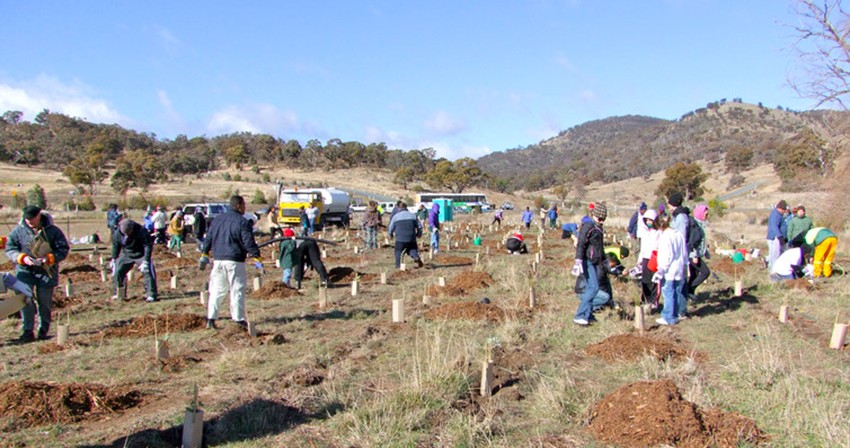 Six hundred people from around Australia gathered in Melbourne in September for the annual National Landcare Conference. This is its thirtieth year, former Victorian Premier (and now the late) Joan Kirner having launched the first Landcare group – Winjallock on ‘Stricta Hill’ – on 25 November 1986.

As Environment and Energy Minister Josh Frydenberg said by video link: “Landcare is at the heart of a win-win situation for agriculture and the environment.” Indeed, many speakers stressed that caring for natural resources underpins successful farming.

Soil is a critical resource for farmers, so it was appropriate that the keynote address was delivered by former Governor-General and now National Soil Advocate, Major-General the Hon Michael Jeffery AC, whose message was “save the soil – save the planet”. He argued that we must reward farmers, not only for their product, but also for the sustainable management of the continent.

In Australia, Jeffery said, 50 per cent of rainfall is lost to evaporation because it can’t penetrate the soil. However, increasing the carbon content of soils (by regenerative land management) will help rain infiltrate. Increasing soil carbon, of course, will also help mitigate climate change.

Climate Councillor Professor Will Steffen agreed that increasing soil carbon was worthwhile for a range of reasons. As a climate mitigation tool, however, it faded into insignificance alongside the urgent need to get off coal, oil and gas.

Australia, Steffen said, could expect more intense heatwaves, a trend to higher forest fire danger index (FFDI), an increase in summer rainfall generally but decrease in winter rain, warmer oceans, more intense rainfall (when it comes), sea-level rise,  and increased dry spells and droughts. He warned that temperatures may go to 6oC above pre-industrial levels by 2100 unless we take strong action.

Brent Jacobs from the Institute for Sustainable Futures warned that the impact of extreme weather events such as drought and flood can lead to a permanent loss of natural capital, with flow-on impacts to social cohesion and faster rural decline.  Currently, emergency services concern themselves only with built assets (Prevent/Prepare/Respond/Recover or PPRR) but PPRR, he said, should also apply to natural resources to protect the livelihoods of those dependent on them, not least farmers.

According to Jacobs, since natural assets have to survive and recover on their own, there may not be time in the recovery phase to get back their full function before the next extreme event. The severity of the event determines the depth and duration of damage, thus, if climate change is going to make extreme events worse, then recovery phases will often not be long enough.

Landcare can play a part in fire recovery and after any natural disaster event. Andrea Mason described how in December last year two local catchment management groups helped the Scotsburn community near Ballarat after a wildfire that burnt out 4750 hectares with considerable damage to assets and to the natural environment.

Indeed, Jen Quealy, social geographer and author, argued that Landcare needs to be involved in all stages of extreme events such as risk reduction and preparedness, and not just the recovery phase. Landcare is a potential ally of government, she said, as they are often the first responders on the ground in the event of emergencies such as bushfires.

Interestingly, fast flowing rivers with little riparian vegetation store very little carbon so slowing rivers down can help mitigate climate change. Dr Siwan Lovett, of the Australian River Restoration Centre, called for rivers to be “messed up and slowed down”, not only for the sake of biodiversity, connectivity and productivity, but also to store more carbon.