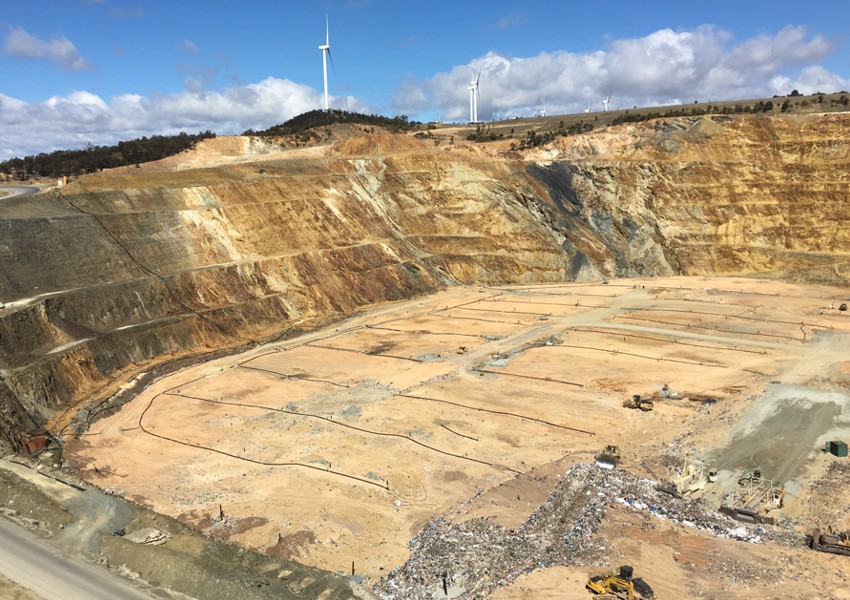 A visit to the Veolia waste treatment plant at Woodlawn

EVER WONDERED how geographically vast Sydney really is, or how far its presence extends? For most of us around here the state capital still seems a respectable distance away – and we generally like to keep it that way.

It’s a three hour drive, a four hour train trip, or (if you are in a hurry), a half hour flight, a stale brioche, a slurp of burning coffee, and you arrive.

Regardless of your mode of transport, you always get to Sydney with some sense of arrival. Which is why, when I visited the Veolia waste plant near Tarago last month, I was rather gobsmacked to realise the full extent and influence of Australia’s largest city on our local region.

The event was an official opening, and as I groggily sat next to the gas heater inside the wind-blasted media tent I really did try to listen to the speeches, but I eventually lost the plot, and began to reflect on the spongy boundaries between city and country.

Because of those infamous and gravity-defying land (and therefore landfill) prices in Sydney we are in fact very close – close enough for the city to bestow upon us a significant proportion of their ‘putrescible’ waste.

The facility is very impressive. The plant, or to give its proper name, the Veolia Mechanical and Biological Treatment facility (MBT aka ‘The Wombat’), is 250 kilometres south of Sydney at Woodlawn eco precinct, near Tarago. Its noble purpose is to maximise recovery of, and divert from landfill, as much organic content as possible from Sydney’s household waste.

Waste comes from the city by rail, and is finally transferred to trucks for delivery to Woodlawn. The material is sorted in a six-storey shed and most of the organic content converted to compost in a number of rotating drums. The drums are an astonishing four metres in diameter and over 50 metres long.

The final composted product is stored in giant sheds prior to collection and distribution. Any organic waste which is not recovered in the composting process goes to a landfill bioreactor for energy recovery.

Like everything else in this facility the bioreactor is gigantic. Located deep within the old open-cut mine at Woodlawn it is approximately 800 metres wide and 200 metres deep. At the start of the project a few years ago Veolia’s engineers estimated that it would take over 40 years to fill the mine void.

Biogas (mostly methane) is recovered from the bioreactor and used to power electrical generators. Although methane itself is regarded as one of the worst greenhouse gases, it is paradoxically a relatively clean burning fuel, and Veolia hopes to produce enough ‘green’ energy to power over 30,000 homes.

While the entire facility is technically remarkable, and massive, the current production process is energy intensive, and at this stage the plant does not use its own electricity. Infigen’s wind turbines can be seen spinning majestically in the background, but they are not connected to the MBT. The facility uses coal-fired electricity which it gets from the grid.

However Veolia does have plans to develop a solar farm adjacent to the Woodlawn facility to supply the bulk of its electricity, and provide a local sustainable energy solution into the future.

There is also a lot of waste heat from the process which is cleverly harvested to run an award-winning fish farm. Tropical barramundi are bred for restaurant consumption in local towns around our region and in Canberra.

So, what, apart from Sydney’s garbage and some Asian sea bass, does the local community get from the MBT facility at Woodlawn?

Something like 370 additional jobs were created during construction, and the company continues to engage with the community through the Veolia Mulwaree Trust, providing funding for charitable purposes and community projects in the six local government areas neighbouring the facility and Goulburn Mulwaree Council.

Since 2005 the trust has distributed approximately $7.5 million to local community initiatives across these local government areas. In a few decades Tarago will get its mine filled in and rehabilitated.