A new single-purpose (not single issue) party will be contesting senate seats in NSW, the ACT and elsewhere in the upcoming federal election.

The Animal Justice Party (AJP) has its origins in Palerang with economics professor, wildlife behaviourist and ethicist Steve Garlick and his wife GP Rosemary Austen from Bywong, along with IT professional Brett Clifton from Royalla and several other founding members interstate. Garlick is party president.

“Ken Henry [the former federal Treasury Secretary] and I did a lot of lobbying with detailed proposals for a no harm approach for those 514 kangaroos,” said Garlick. “They went ahead regardless and did the killing in an open and brutal way. A lot of people are still traumatised from that time.”

(On that occasion there was a national and international outcry over the carnage. Since then, Canberrans have been assured by their parks management to think kangaroo killing is ‘normal’).

“What we learned was that lobbying, wringing of hands is ignored. It happened that year and the next and next and may happen in 2013. The only language the main political parties understand is the language of the ballot box.”  For example, Green politicians who refused to take Garlick’s call five years ago are now asking to meet, he says. Twenty minor parties have been in touch about preferences.

The AJP registered as a political party in 2011 and now has 1500 members nationwide.  The purpose is to provide a voice for the voiceless, for animals, in legislative decision-making. Ten candidates will contest the upcoming federal election. The party plans to run state candidates in the future in NSW and ACT.

“Our objective is a better life for all: animals are also good for humans, as anyone with a pet knows, not just something for humans to eat,” said Garlick.

At a May information evening in Queanbeyan, Garlick introduced Marcus Fillinger and Jessica Montagne standing for the senate from the ACT in September and Party Vice President Mark Pearson who is aiming for a seat from NSW as is Kate Vickers.

Fillinger comes from a career as a military photographer and sharpshooter and Pearson, from Newcastle, was a psychiatric nurse before being employed full time by a trust administered by Animal Liberation NSW to work on factory farming issues.  Montagne runs a cattery in Curtin.

Along with wildlife and factory farming, the party has made the live export trade a priority saying that the federal government has achieved nothing so far. Pearson noted opinion polls show a majority of Australians want the trade to end and thousands have rallied on behalf of sheep and cattle.
Garlic said: “The Animal Justice Party (AJP) wants an immediate ban on the overseas trade in live animals with the industry being allowed structural adjustment assistance to exit due to its failure to meet satisfactory animal welfare standards.

“Animal well-being considerations should be afforded the same status as economic criteria in judging whether an Australian industry should continue to trade. The actions of the Gillard Government are unconscionable in allowing this industry to continue despite the graphic evidence of the industry’s continual failure to meet basic levels of animal respect.” 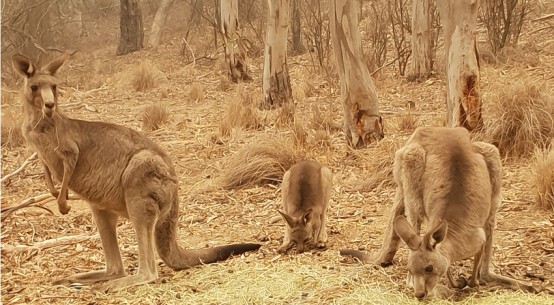