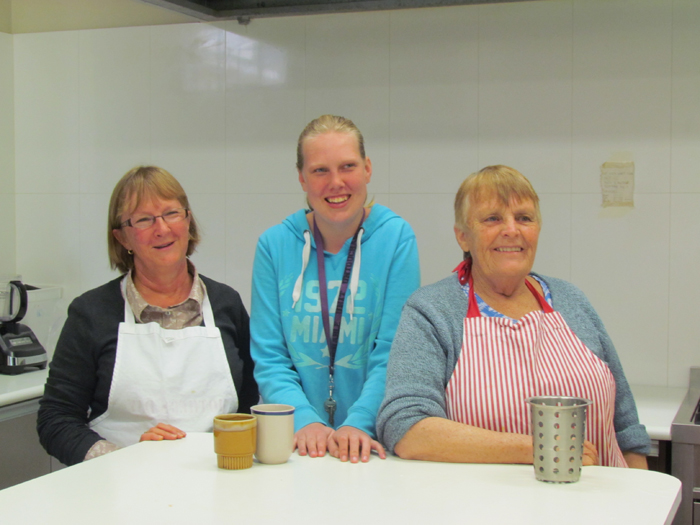 It is wonderful that we have people in our community who care so much about others that they work to establish something like HOME in Queanbeyan.  But we shouldn’t take those willing volunteers and dedicated not for profit workers for granted, and we should be careful when Government policy changes put a much bigger burden on them.

I’ve talked previously about the Health Department getting out of the provision of so called non-acute services in areas like dementia care.  The same thing is happening with mental health. State government resources are now very much focused on people who suffer serious episodes – people who need acute care.

Obviously that care is needed, but to do that on a constrained budget the Health Department has got out of the broader provision of support services in the community – and that has made the job of HOME in Queanbeyan much harder.

Queanbeyan did have a very dedicated group of Health Department Mental Health employees who were able to stay in touch with clients to try to help them before they became ‘acute’ and who were able to work with people as they exited health facilities.  I’ve heard 17 of those dedicated people resigned when the new model was put in place.

As regular readers would know this is not an isolated issue. We are seeing the state government move out of the provision of a range of primary health care services in mental health, in dementia and we are seeing contracts moving from local voluntary groups to much bigger non-government bodies.

It’s leaving gaps in our community’s networks.  The latest blow is to Queanbeyan’s St Benedict’s day care centre.  St Benedict’s has for many years provided shelter for homeless men along with serving somewhere around 14,000 lunches a year to people who needed food.  They are a small organisation, they don’t have professional tender writers, and in the NSW Government’s latest contracts they have lost 75% of their funding.

Now I’m sure the new providers – who have also been active in our community for some time (in other crisis accommodation) – will do their very best to provide the same level of services, but the danger is we might lose the wonderful volunteers who make St Benedict’s what it is and leave another hole in our local support network.  I hope not, I am already hearing too many worrying stories of people falling through the gaps.

Way back in the early 1970s my father Bob was the Member for Eden-Monaro and I remember him talking about converting the Captains Flat railway line into a walking trail. It didn’t happen then but maybe now, 40 years on, it’s time to have another go! This time turning it into a rail trail for cycling and walking.

I do a bit of cycling and I have ridden portions of the Victorian rail trails. In Victoria small regional communities have gained a real economic boost from rail trails and our area could get the same.

Like any project there needs to be plenty of community involvement and there will need to be extensive consultation with adjacent property owners.   When I spoke about this in Parliament recently I acknowledged that some farmers do get concerned, but pointed out that in Victoria the rail trails go through grazing properties (fully fenced) and I have yet to hear of a single example of a user of a rail trail causing damage to a property, spreading weeds or upsetting livestock.   This is something that will benefit the community as a whole and I hope everyone will be able to get behind it.

Image –  From left: Heather Smith, Iesha Lewins and Heather McDonald are among some 50 volunteers who rotate serving up to 70 meals daily for Queanbeyan ‘guests’ in need of a feed and also to HOME residents. Community volunteers at St Benedicts which is co-located with HOME in Queanbeyan, a churches and community-run housing service. Queanbeyan residents and businesses also donate food. The volunteers told the Bulletin many people are doing it tough and their guest list is growing. We were also told by the coordinator that the meal service will not be affected by the governments changing administrative arrangements for sheltering the homeless .