Every second, 159 single-use plastic bags are used in Australia – more than 10 million new bags each day.

In NSW, up to 61 million bags are littered each year.

More than 70 per cent of the rubbish entering our oceans is identified as plastic.

Plastic kills up to one million sea birds, countless fish and 100,000 sea mammals each year.

These figures, supplied by the NSW Opposition, come as the announcement was made in mid -July  that Woolworths and Coles will be phasing out one-use plastic bags in the next 12 months.

The welcome news means that Woolworths for example will be phasing out a staggering 3.2 billion lightweight plastic bags per year and there is no reason to think Coles was handing out less.

The decision affects stores in New South Wales, Victoria and Western Australia. Other states – South Australia, ACT, the Northern Territory and Tasmania – have state-wide bans in place and Queensland is said to plan the same next year.

An ABC report says Woolworths will be offering durable, re-usable plastic bags at a cost of 15 cents, along with multi-use hessian bags. Locals will know similar arrangements are already in place in ACT supermarkets and are now considered unremarkable. Many people bring their own bags to ACT supermarkets and some national chains, Aldi in particular, only offer durable plastic bags for a price and people manage, bringing their own.

The public broadcaster, which has taken the lead with a major series on Australia’s waste problem, provides these tips for living without plastic bags

Meanwhile the Opposition has pledged to get NSW in line with the more environmentally responsible states on banning plastic bags, if elected next time.

“NSW is mired at the bottom of the pack when it comes to protecting our environment with plastic bag pollution continuing unabated, and new tree clearing laws coming into effect next month with the support of the Liberal and National parties,” said Opposition leader Luke Foley.

“It’s a no-brainer: plastic bags kill. They kill our wildlife, they kill turtles, dolphins, fish and birds, and they pollute the precious natural environment of our state.” environmental reform.” 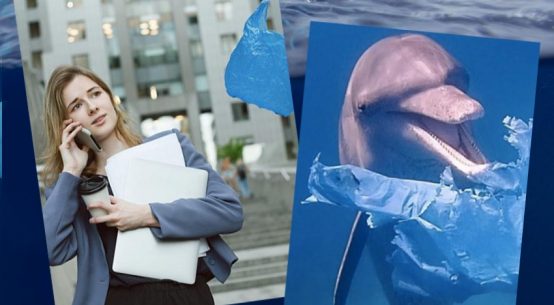 Video-of-the-week: Shopping bag options, what are the best?